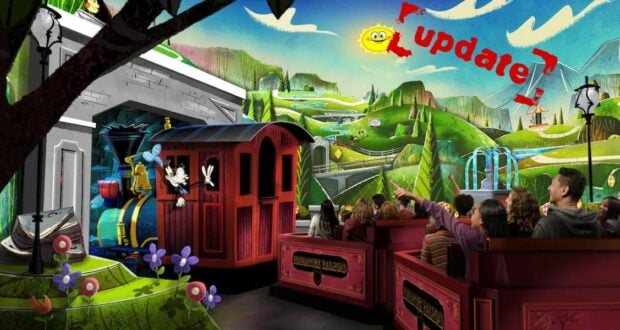 Mickey and Minnie’s Runaway Railway Gets Virtual Queue Next Week

We are just days away from one of the most anticipated ride openings, and we have confirmation that it will open without a good old-fashioned standby line. 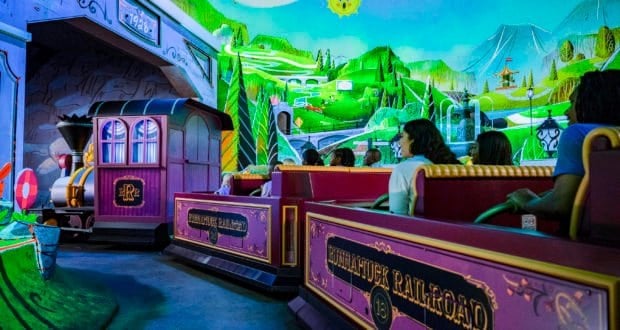 Mickey and Minnie’s Runaway Railway will open at Disneyland Park’s remodeled Mickey’s Toontown on January 27 with a virtual queue system, just like the other recently added Disney Parks attractions that come before it, such as Guardians of the Galaxy: Cosmic Rewind and Remy’s Ratatouille Adventure at the Walt Disney World Resort.

The news comes from Theme Park Insider Scott Gustin, “Guests will need to join via the Disneyland app. There will be no traditional standby on opening day. The ride will also be available as an Individual Lightning Lane purchase.”

NEW: Mickey & Minnie's Runaway Railway at Disneyland will use a virtual queue when it opens on Jan. 27. Guests will need to join via the Disneyland app. There will be no traditional standby on opening day. The ride will also be available as an Individual Lightning Lane purchase. pic.twitter.com/7hqFdDzDzw

Just as before, Disneyland’s Runaway Railway will have two enrollment opportunities for the virtual queue, 7 am and 1 pm PT. Guests joining the morning queue will need to have a valid Theme Park Ticket and Theme Park Reservation for Disneyland Park that day, and they can confirm their party for the queue as early as 6 am. The afternoon queue is open to both Disneyland Park and Disney California Adventure Guests, and parties can be confirmed as early as 12 pm.

Previous experience suggests that Mickey and Minnie’s Runaway Railway will remain exclusively accessible via virtual queue or Individual Lightning Lane for quite some time after opening. Cosmic Rewind at EPCOT, for example, is still without a standby line after opening to Disney World Guests last May.

While the exterior and queue will be different, in order to properly blend with the rest of Mickey’s Toontown, the ride itself will be essentially the same, becoming just the latest Disneyland attraction to be twinned with one at Disney World. Other attractions Disneyland and Disney World both have include, but are not limited to, Space Mountain, Big Thunder Mountain Railroad, “it’s a small world,” Jungle Cruise, and Splash Mountain–soon-to-be Tiana’s Bayou Adventure. 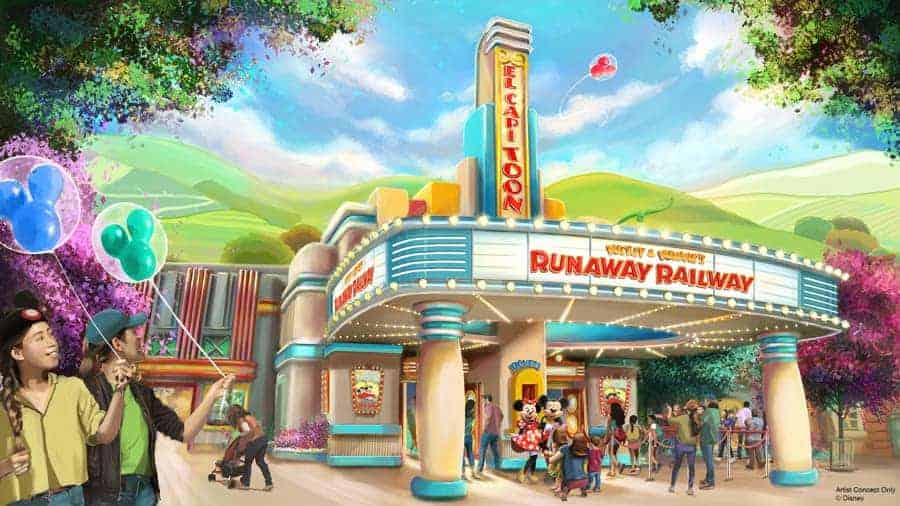 Mickey and Minnie’s Runaway Railway replaced the Great Movie Ride inside the recreated Chinese Theater at Disney’s Hollywood Studios, and the trackless ride into “The Wonderful World of Mickey Mouse” has been a massive success since opening. There is little doubt that the Disneyland variant will receive the same level of affection, if not more.