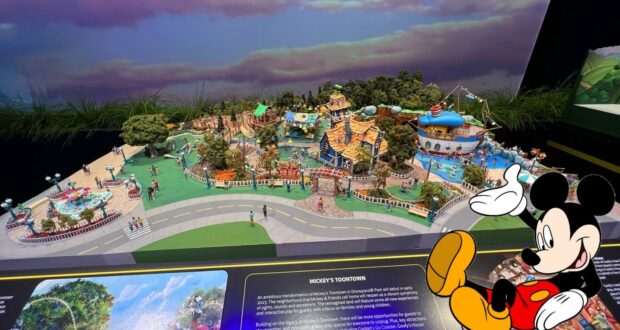 D23 has kicked off, and with it, we have new details about upcoming attractions at the Park, including Mickey and Minnie’s Runaway Railway!

Disney fans and Guests are used to news of attractions closing for refurbishment and maintenance. Earlier this year, a fan favorite land in Disneyland Resort, Mickey’s Toontown, closed as well, to make way for a whole new version of the space, with promises of Mickey and Minnie’s Runaway Railway joining it when it reopened. 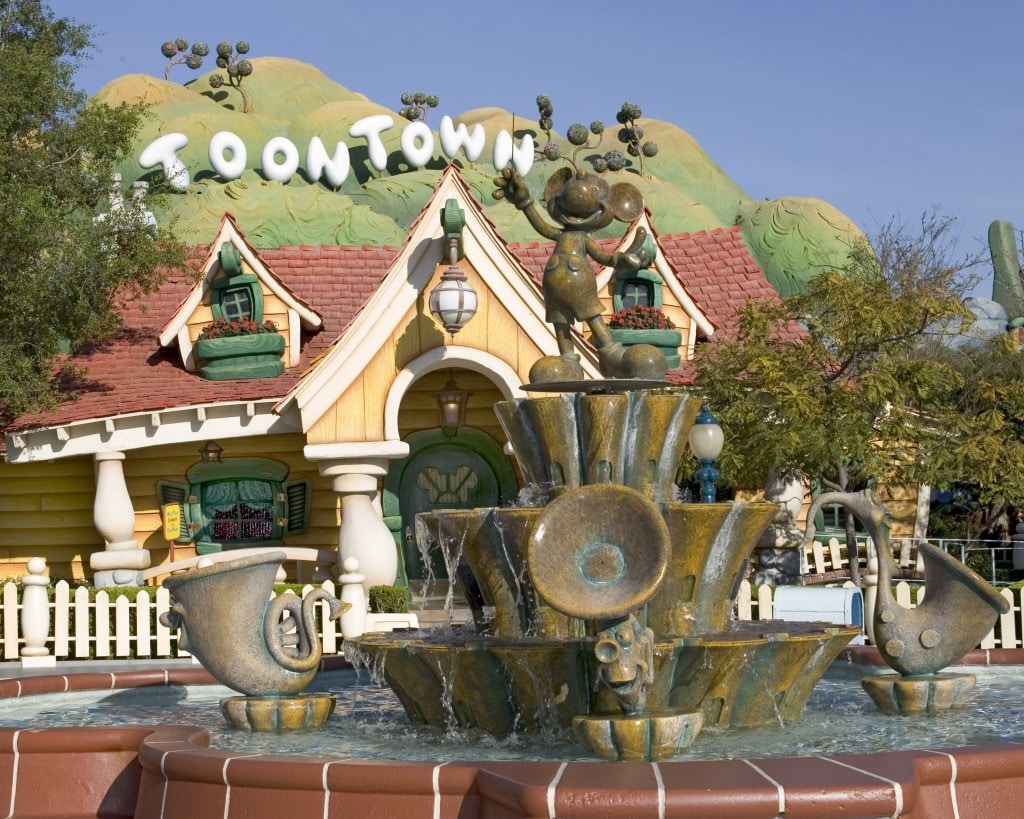 In an exciting update, Disney has released some new photos for the upcoming attraction. Theme Park journalists Brooke Geiger McDonald and Scott Gustin took to Twitter to share the sneak peeks.

The journalists shared photos of the models, depicting what Toontown would look like after the upgrades are complete. In addition to the ride’s exterior, you can also see stills from inside the ride at the bottom of the photo. The stills are reminiscent of Mickey & Minnie’s Runaway Railway at Walt Disney World Resort. Disney Imagineers didn’t elaborate on what changes will be coming to the ride. 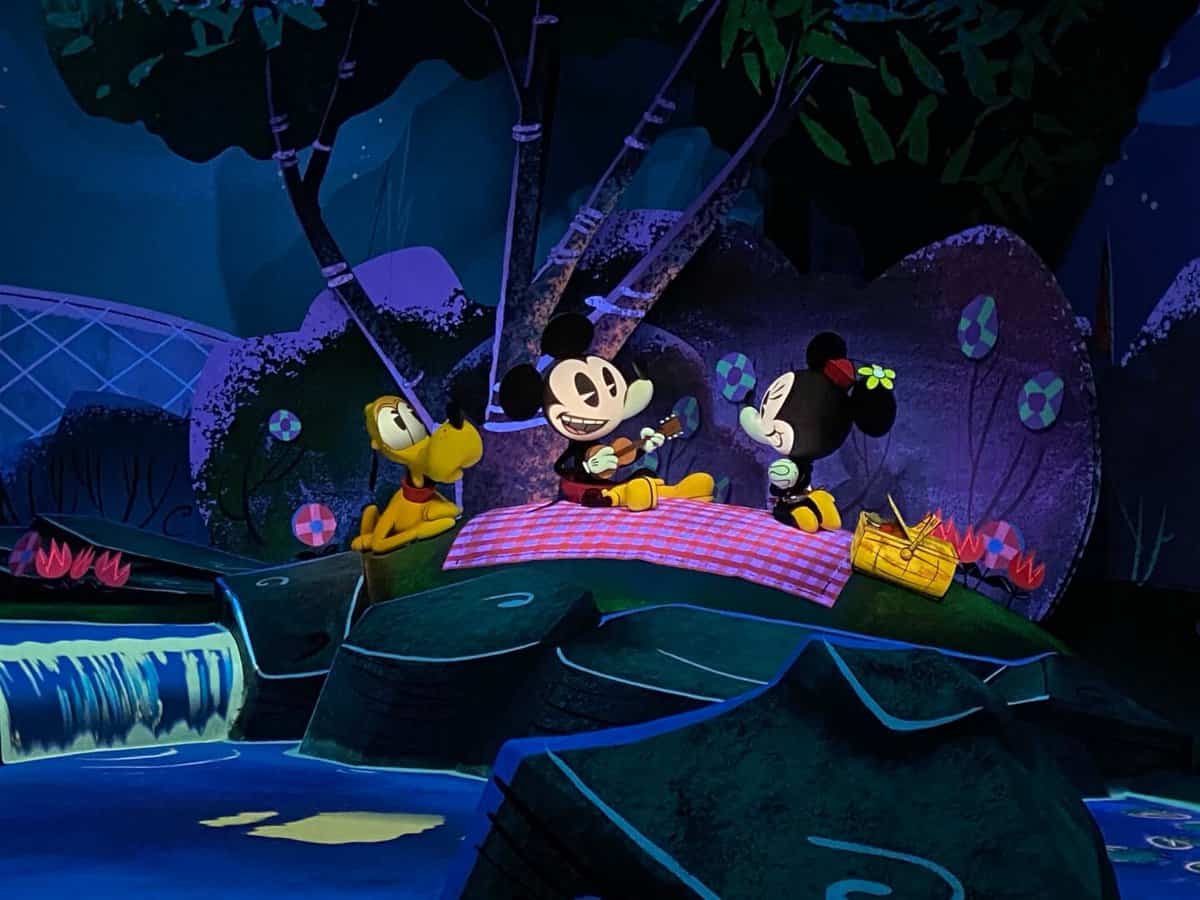 An ambitious transformation of Disneyland Park will debut in early 2023. The neighborhood that Mickey and Friends call home will reopen as a vibrant symphony of sights, sounds, and sensations. The reimagined land will feature some all new experiences and interactive play for Guests, with a focus on families and young children.

Mickey’s Toontown at Disneyland Park, with its Who Framed Roger Rabbit (1988) vibe, allows Guests to visit the homes of Mickey Mouse, Minnie Mouse, and Goofy, as well as Donald Duck’s boat. The land also has the Gadget’s Go Coaster and Roger Rabbit’s Car Toon Spin attractions.

We at Disney Fanatic will be on the ground at D23 and continue to share Disney news and updates as they come to light.