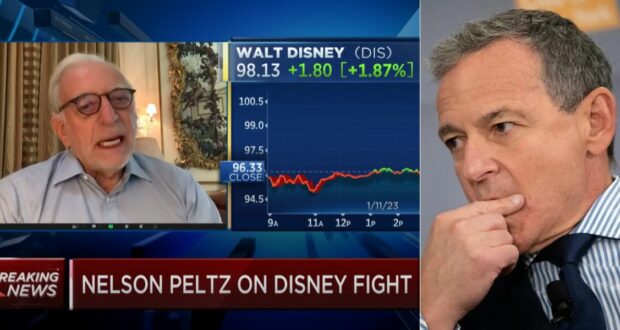 More drama is still to come in The Walt Disney Company’s Board Room as CEO Bob Iger, newly appointed chairman Mark Parker, and the rest of the director attempt to keep “activist investor” Nelson Peltz off the board.

Here’s what you need to know.

Hedge fund manager Nelson Peltz and his Trian Fund Management have had enough with the direction Disney has gone, especially in the past year, and while Iger has already made several steps to reverse that course set by Bob Chapek, Peltz and his firm are still not satisfied. After being outspoken from the sidelines, Trian filed a “preliminary proxy statement” today to make Peltz the eleventh member of Disney’s Board of Directors. 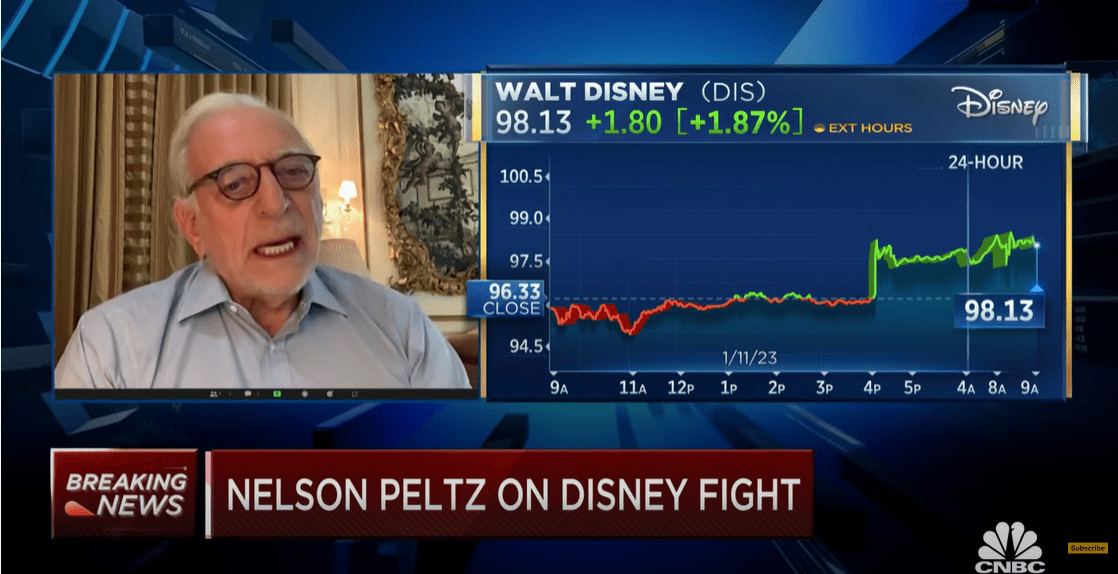 The battle at hand is a proxy contest simply for a seat on the board of directors, giving Peltz and his “corporate activism” a chance to enact the changes that he feels the company needs to make immediately.

“I don’t need to overwhelm them. I just need to speak reasonably to these people and explain to them where they went wrong or what opportunities they’re missing,” Peltz said Thursday. “I don’t need more than one person on the board.”

Speaking with CNBC this morning, Peltz remarked that he is doing this because of both the investment that his firm has placed in Disney and that they love Disney.

“We look at Disney, and we see the most advantaged consumer company on the planet and we love it. That’s the reason why we’re here. However, the TSR–total shareholder return over one, five, ten years has materially underperformed the S&P, and underperformed the Proxy Peers that the Company selected,” he said. “They eliminated the dividend that has been in effect for fifty-seven years. Fifty-seven years of a dividend and now it’s gone. And now they want to tell us that everything is going to be great again. We think that we can help. We have a record of helping.”

“On every board that I have served on,” he added.” That company–whatever board it was–has outperformed the S&P by 900 basis points annually.”

After reaching a historic high of around $200/share, Disney’s stock has plummeted to one 52-week low after another and completely eliminated the company’s growth over the last five years in the process. It was also one of the worst performers on the Dow Jones Index.

“Fox hurt this company,” he said. “Fox took the dividend away.”

He has also recently shared that he and his firm believe the Disney Parks division is “over-earning” in an effort to “subsidize streaming losses.”

“We suspect it is short-term thinking that puts the brand value and long-term health of the business at risk,” he said. It was Bob Chapek who had the misfortune of disclosing all-time record quarterly revenue from the Theme Parks along with the offsetting $1.5 billion loss from direct-to-consumer streaming.

Disney has already ousted Chapek as CEO, appointed a new Chairman of the Board, and begun several measures that align with Trian’s advice, but this appears to only fuel Peltz’s drive to secure his spot on the board and turn things around for Disney, and its investors. Peltz has also been outspoken about Disney’s need to sell off ESPN and ABC, a move that has been predicted by analysts to happen this year.

The Walt Disney Company is no stranger to fighting off outside pressures. In fact, they had to ward off two outright hostile takeovers before being able to put Michael Eisner in the CEO chair. But is this just that? Is this a hostile takeover attempt, or is Peltz the man to help return Disney to the status fans and investors alike once knew? Shareholders will get to decide soon enough.