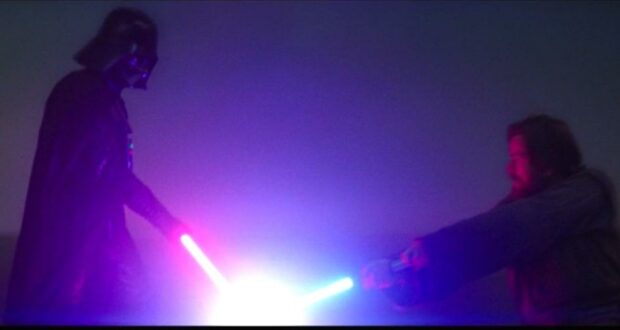 Welp. The final chapter of the most anticipated and most disappointing Disney+ original addition of the Skywalker Saga is finally here. After watching it myself, completing the promise I made in my first review of the series, I am anything but fulfilled. And if this conclusion delivers me to any conclusion about this series, it is that the potential of a deep, meaningful, and epic story was wasted on poor execution and some of the laziest writing to come out of Star Wars since Palpatine’s return in Rise of Skywalker.

We, the viewers, were finally given some of what we wanted, but for some reason, Director Deborah Chow and her writers Joby Harold, Andrew Stanton, and Hossein Amini only wanted to devote half of the episode to that while wasting the other on an almost useless B-story that nobody wanted. As incredibly sloppy cutting bounces us back and forth around the Galaxy, we are dealt with ironically the best yet the laziest writing in the entire series that once again bets all of its success on the sheep-like Star Wars fans being emotionally triggered and star-struck enough to admit the ends justified the means.

We start out with a lazy and annoying excuse to get the narrative back to Tatooine: Reva (Moses Ingram) is still alive and is out to destroy Luke Skywalker. After she mumbles some indistinguishable yet clearly threatening gibberish, we cut back to the refugee ship under fire from Vader’s Star Destroyer. After a few pitiful shots of the scared, victimized refugees (that make the eyes roll instead of tear up), we get the inevitable scene where Obi-Wan Kenobi (Ewan McGregor) has to say goodbye to Leia (Vivien Lyra Blair), Haja (Kumail Nanjiani), and the rest of the sympathetic ensemble, with the whole “it’s me he wants” bit. After a predictable “all for one” moment, they let him go. Vader, of course, lets the refugees go and goes after Kenobi.

Cut to a serendipitously placed planet that came out of nowhere! (More lazy writing!) Obi-Wan lands his ship, and Vader follows behind in an Imperial shuttle where the real lightsaber rematch of the century is about to begin. And just as the momentum’s building and it is starting to get good, we cut back to Tattooine, where Owen Lars (Joel Edgerton) and Beru (Bonnie Piesse) got the head’s up about Reva and are preparing to fight her off. We also get another taste of fan service: Grant Feely’s first lines as little Luke Skywalker!

To their credit, Edgerton and Piesse both put on a wonderful performance considering the lines they were given and the already-spoiled “suspenseful” scenario. Their deliveries are believable, and you cannot help but cheer them on. I also have to give credit to Feely’s performance as well, and Lucasfilm did a great job casting someone who looks like a young Mark Hamill.

But this b-story was more of an annoyance than anything else. Anybody who has seen Episode IV: A New Hope knows that Luke, Owen, and Beru live another ten years without any major signs of harm. Ingram’s injured and suffering former Inquisitor delivers mumbling lines that are hardly distinguishable, and, once again, she takes time, and focus, away from the main story like an insufferable third wheel that can’t catch the social queues to walk away from two people who need to be alone. Sure, she has her breakthrough and comes to peace with her past, redeeming herself by not finishing this rogue mission nobody asked her to start. But, so what?

This is nothing against Moses Ingram herself. I am sure she did her very best and was honored to be a part of one of the most beloved stories of the 20th and 21st centuries. But her character, Reva Sevander, will remain, in my opinion, as a worse character to the Skywalker Saga than Jar Jar Binks and the most frustratingly unnecessary character in the entire saga. It would have almost been better if Disney+ used the b-story space to test its ad-tier system.

Now, back to the good stuff.

The duel between Obi-Wan Kenobi and Darth Vader was mostly satisfying. It was nowhere near as epic as Kenobi and Anakin Skywalker’s duel on Mustafar, and the writers missed a huge opportunity not giving Vader a line about him now having the “high ground,” but the battle was appropriate given both swordsmen’s age and conditions. The best lines of the entire series are found in this battle (which is not saying much, but still true), and Hayden Christensen delivers his best acting performance yet. There are proper references back to Revenge of the Sith as Obi-Wan echoes, “I will do what I must,” and his sorrow that he failed his padawan.

The best part of the show comes after Kenobi has soundly beaten Vader, ripping the mask open. Hayden Christensen can be seen in the suit, and the scene mirrors that of a scene between Vader and Ahsoka in Star Wars Rebels. In a beautifully realistic blending of Christensen’s voice and James Earl Jones’ voice, Darth Vader tells Obi-Wan that he is not his failure. It was he, Vader, who killed Anakin Skywalker, giving fans the origin of why Obi-Wan told Luke that Darth Vader killed his father.

Obi-Wan is able to face down the manifestation of his greatest fear and deepest regret, defeat it in battle, and then have the weight of the guilt lifted off his shoulders. The quality of the choreography, acting, and closure delivered in this ultimate confrontation is why I am ranking this episode as high as 7/10.

Still, the writing fails once again in the fact Obi-Wan does not kill Darth Vader when he has the chance. Perhaps it was out of pity or that Obi-Wan assumed Vader would die of his wounds in that valley. Obviously, he could never actually kill Vader, but both swordsmen’s positioning arguably gives Obi-Wan yet another sin of omission for not finishing the job. It would have been different if one of them had made an escape or if they were not in such close range to each other, like the opposite sides of a narrow crevasse.

The lazy writing then somehow gets us from this strange planet back to Tatooine and Owen Lars’ farm in under 2 minutes as Reva’s story reaches its conclusion. She walks off into the Dune Sea, hopefully never to be seen again.

We spend the last ten minutes of the episode in an epilogue stuffed with 80% unnecessary fan service and 20% legitimate story conclusion. Ian McDiarmid makes a cameo as Emperor Palpatine, and Liam Nesson finally appears as Qui-Gon Jinn’s force ghost. Little Leia is back on Alderaan and debuts the prototype of her iconic hairdo and outfit. Obi-Wan says goodbye to Leia and shares what he feels like he can about her parents. He then meets Luke, displaying his most remembered and meme-able line, “Hello, there!” But we don’t get to see what he says to Luke. He then follows his master into the Dune Sea to begin the training he needs to undergo in order to become a force ghost in the next movie.

But despite the utterly disappointing execution, Obi-Wan Kenobi has beautiful and necessary themes. Evil looks to use good people’s compassion against them, so we must be brave and determined despite it. We so often blame ourselves for things that we may not want to accept were out of our control, and we must forgive ourselves for things that were in our control in order to move on, find peace, and continue our own personal development. Redemption is offered to all of us if we wish to surrender to it.

Obi-Wan Kenobi told a very important story with necessary themes, and for that, it has merit. I am just disappointed it was delivered with such subpar, lazy writing. They could have done so much better.

Anyway, those are my thoughts on the matter. All six episodes of Obi-Wan Kenobi are available for streaming now on Disney+ so you can come to your own conclusions.

‘Obi-Wan Kenobi’ Part III: Better, The Force is Getting Stronger

‘Obi-Wan Kenobi’ Part IV: Terrible Execution of a Crucial Part of the Story

‘Obi-Wan Kenobi’ Part V Made Me Laugh When I Should’ve Cried, Worst *SPOILER* Scene in the Saga