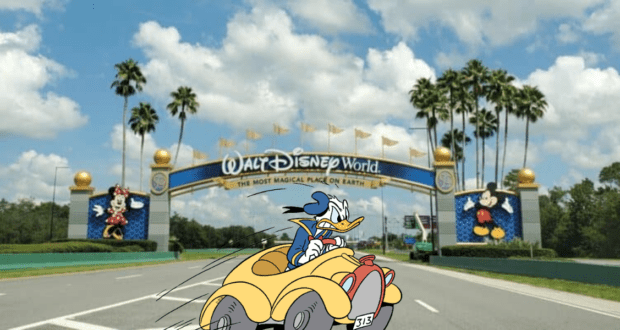 So, you’ve decided that you will be taking the drive to Walt Disney World Resort rather than opting for the more popular choice of flying by plane. You’re in for an extensive road trip like no other, and in most cases, a fairly long one at that. Just make sure you’re prepared for the journey ahead, and be mindful of what to expect along the way. For your benefit, here’s a tips guide, highlighting everything to know about making the drive to Walt Disney World Resort. 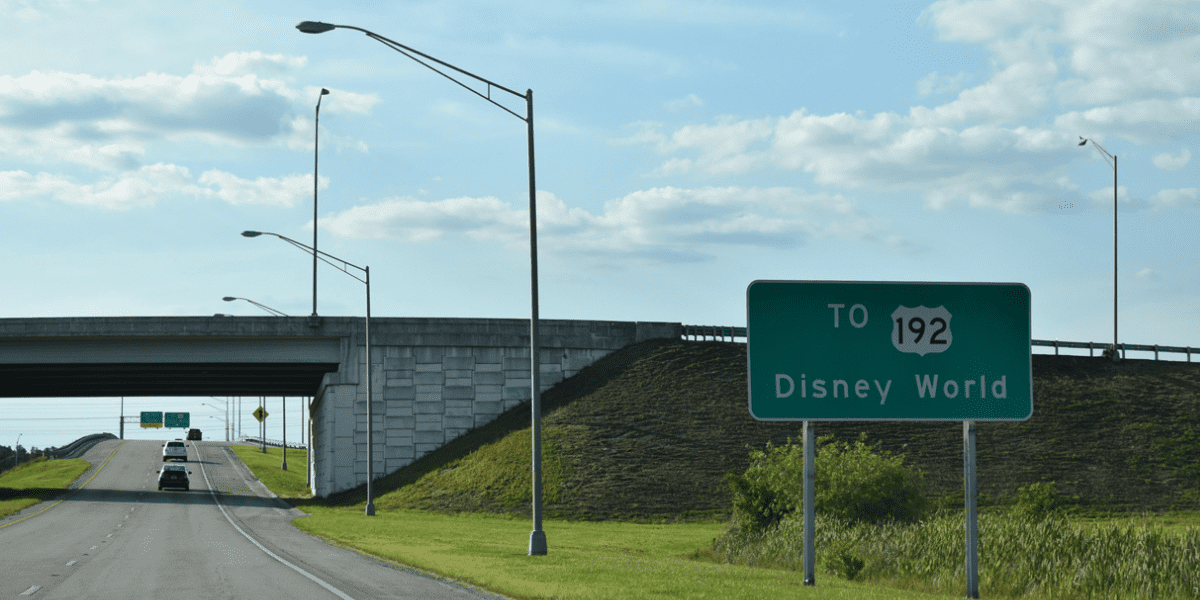 You may know that you want to get from point A to point B, but planning out the most direct driving route for making the journey is absolutely necessary. Fortunately, a drive to Walt Disney World is actually fairly easy to do, regardless of where you hail from in North America.

Walt Disney World Resort is located just southwest of Orlando, off of Interstate 4, west of the Florida Turnpike. Most travels heading out from North to South on the East Coast side entail connecting to I-95 South during the journey. Other routes within the Southern or Southwest region of the United States call for taking I-75 South at least part of the way. Travelers coming from way up North, sometimes even from Canada, have many other connecting routes and Interstates to merge onto before initially connecting with ones leading straight into Florida. Wherever you are venturing from, do make sure you have the routes mapped out. Then it should be smooth driving. 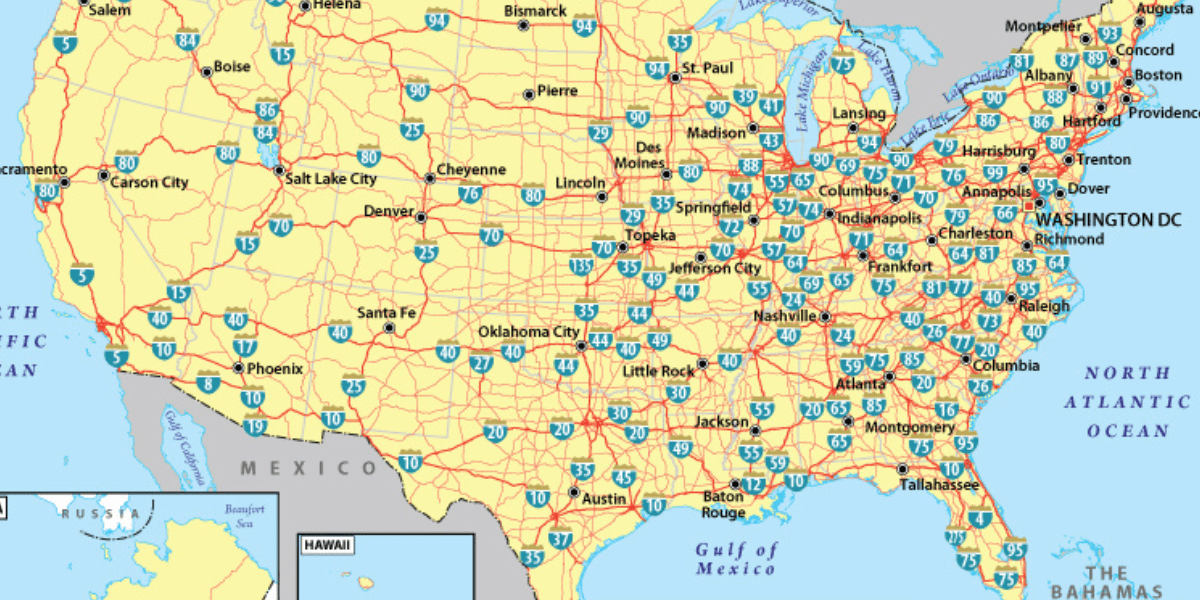 Some routes are going to be understandably longer to take. So do be prepared to plot out some viable pitstops along the way. Most Interstate Highways call out gas stations, rest stops, restrooms, and places to grab a bite to eat along any given path. And because most road trips to Disney World span multiple days, you may want to consider overnight accommodations on route as well. Consider spacing out the journey accordingly, knowing which stops are planned in addition to those unplanned urgent bathroom breaks that may pop up along the way. Do be sure to reserve any overnight accommodations in advance. 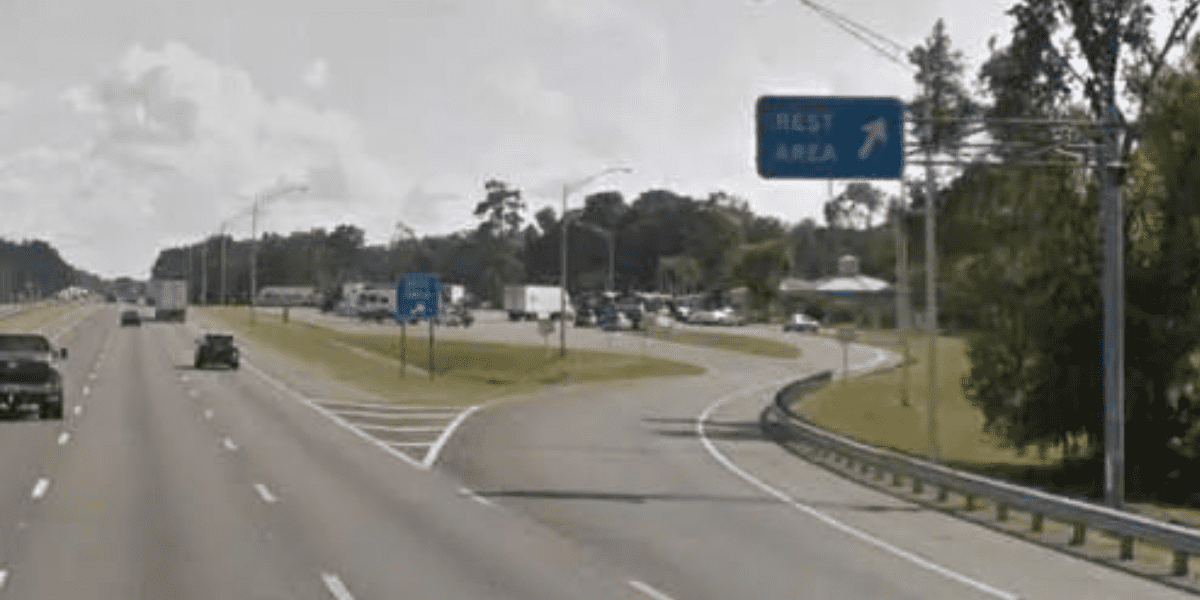 Related: How to Travel to Walt Disney World with a Large Group

Roadside Attractions Along the Way

In addition to plotting out pitstops for more essential obvious purposes, you should also make it a point to plan out some fun little detours and roadside attractions to check out along the way. Being cooped up in a vehicle for hours can make anyone antsy. And sometimes you need something more than just a quick stretch of the legs at a pitstop. That’s why you should add some diversions to the journey. Check out possible roadside attractions that aren’t too far removed from your travels. It will benefit everyone both physically and mentally. 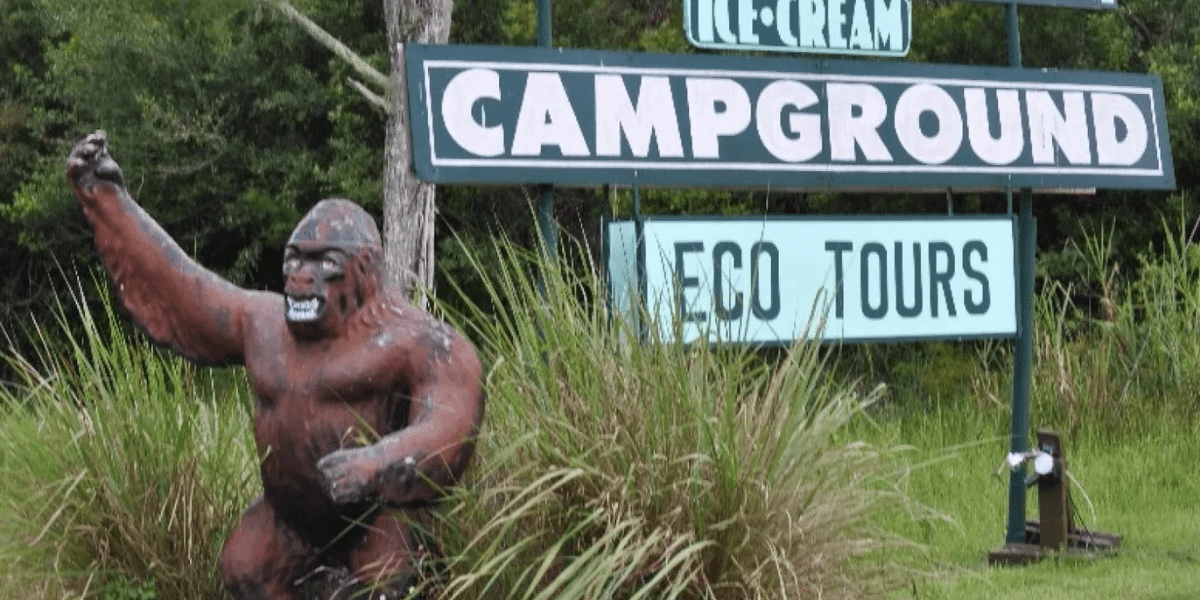 Related: Top 10 Things To Do In Orlando Outside of Walt Disney World Resort

You should always know exactly where you’re going and what routes you will be taking before you set off on a road trip with the family. Don’t rely solely on the GPS, even if you have a trusty system. You should be using a combination of sources. Even having an old-school map on hand is a good idea, in the event that you end up with a faulty connection at some point during your travels.

While sites like Google Maps and MapQuest are not entirely foolproof, it may be a good idea to familiarize yourself with such sources and do a bit of studying beforehand. Plug in your route, and even use them for figuring out where to make stops along the way. As for that real-time GPS, it may benefit you immensely in the event that there is an accident, roadwork, or you need to take an alternate route along the way for any reason at all. 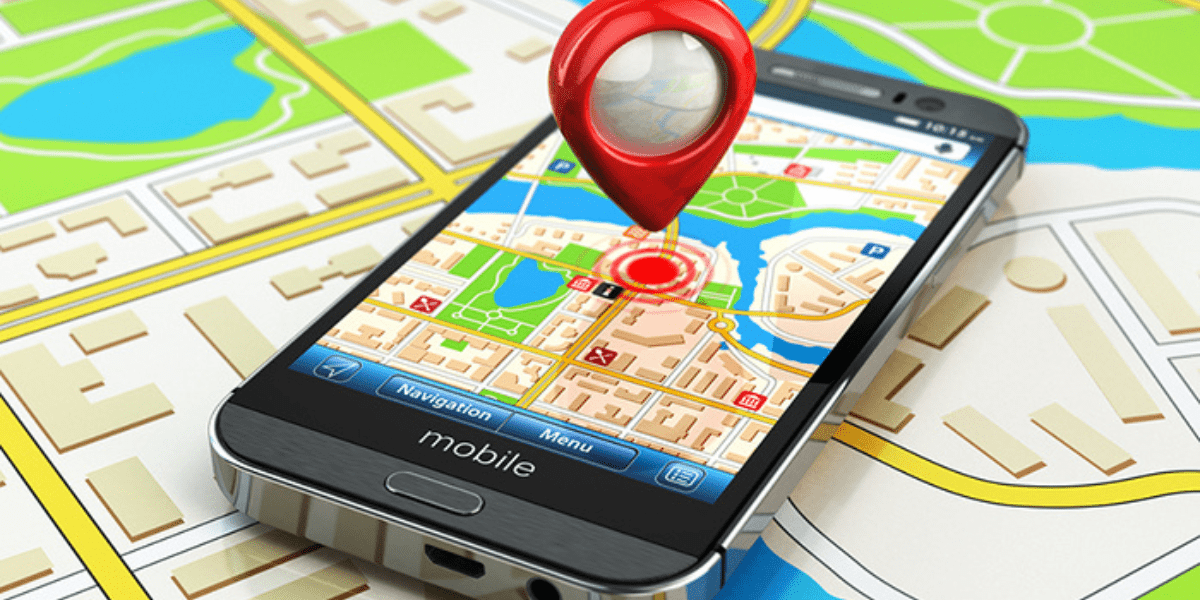 While stopping at roadside attractions can help to take the edge off an otherwise long and boring car trip, it is inevitable that you will still be spending a significant amount of time in a sedentary, seated position. So do be sure to bring along entertainment and diversions for all the passengers. Can you play DVDs in your car? This may be the time to do so. How about some good music, audiobooks, and even games? Do you have a little one who likes to doodle? Make sure you have anything and everything you and your gang could possibly need at the ready. This includes plenty of snacks as well. 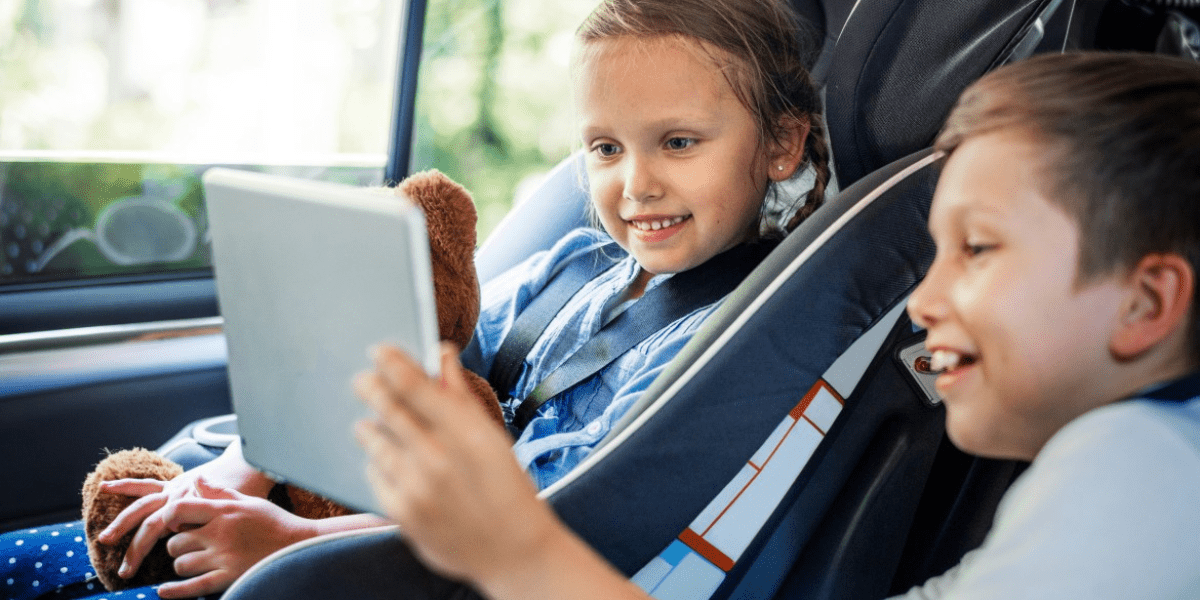 Be Mindful of Traffic

You may not be able to control the traffic patterns but you should at least be mindful of what to expect from the current trends. Before making the trip, do yourself a favor and study the traffic norms for the route you will be traveling by. Perhaps you will find that there are some particular days or times of day that are especially heavy in volume. Avoid those when possible. As a tip to remember, it may be best to travel to a place like Disney World on a weekday rather than a weekend. 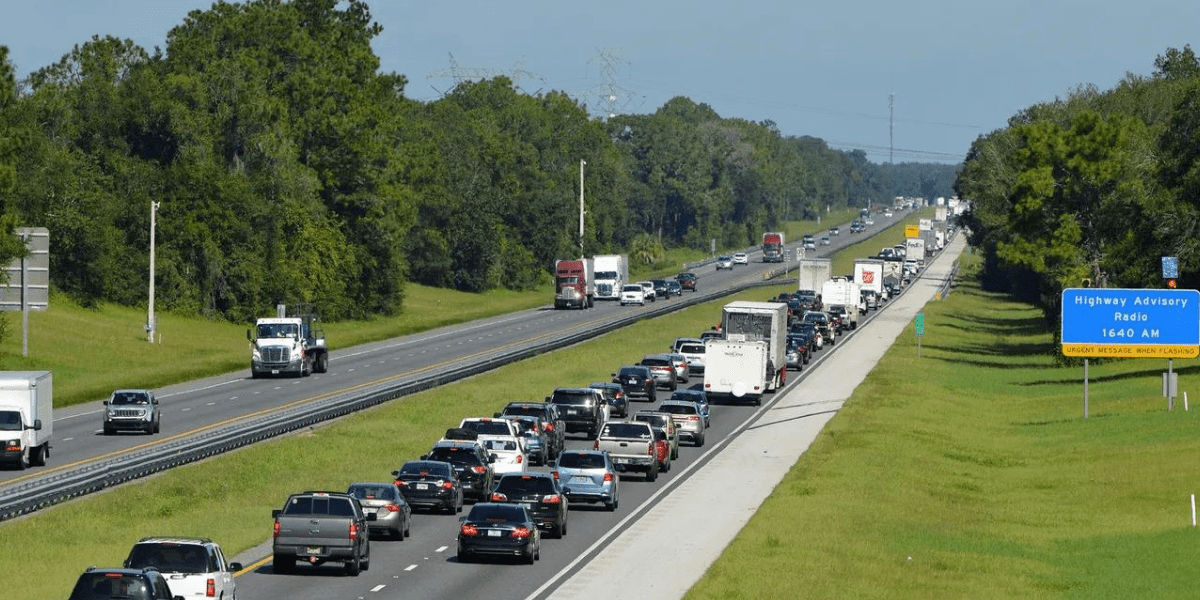 It’s a fact that there are several tolls to contend with when traveling along the primary highways leading toward Walt Disney World. And if you’re not prepared for them, costs can really add up. That’s why you need to budget in the cost of tolls to be paid in addition to the cost of gas. You may also benefit if you have a transponder, like E-ZPass or SunPass. For those who are renting a vehicle rather than taking their own, check to see if the company you are renting from automatically charges toll fees along the way. 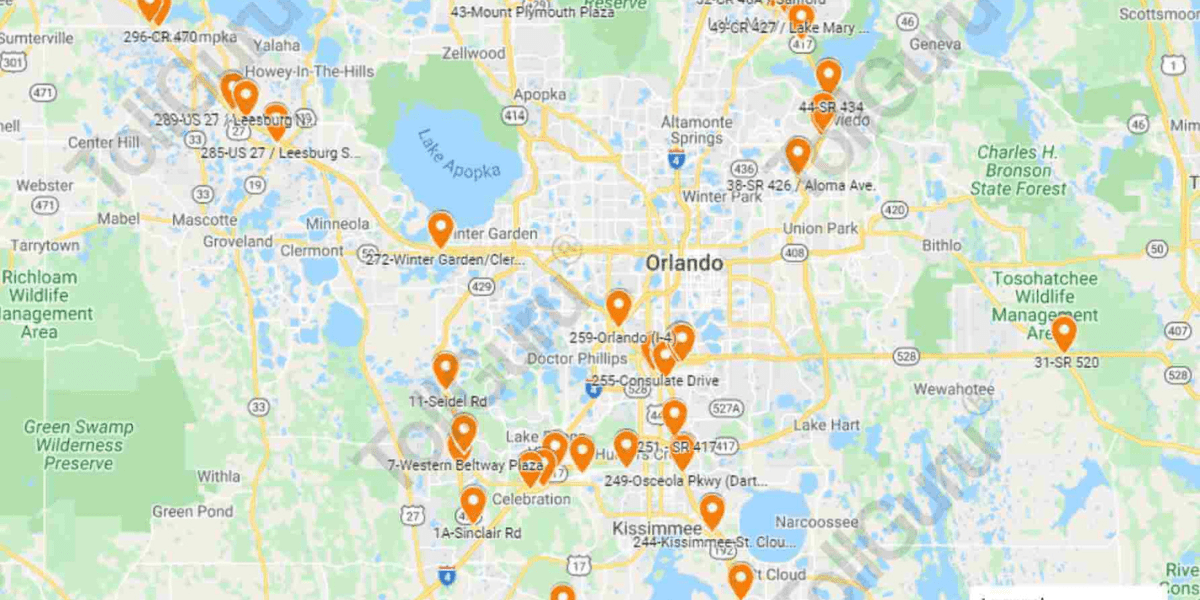 Fees for Parking at Disney Resorts

You’ve at last arrived at your Walt Disney World Resort after such a long drive! But there is one more thing to plan for—the cost of parking. Once upon a time, parking was complimentary at Disney Resorts, but that all changed back in 2018. What’s more, there is no fixed price for parking. It all comes down to which Disney World Resort you are staying at. A Disney Value Resort, for instance, may charge a daily fee of $15 for parking, whereas a Deluxe Resort can be as much as $25.

Even if you do end up driving, remember that you are still welcome to use Disney’s complimentary transportation services for getting around. And sometimes this option makes it much easier—keeping your car stationed and not having to contend with local roads and traffic when visiting Magic Kingdom Park, EPCOT, Hollywood Studios, Animal Kingdom Park, the water parks, or Disney Springs. 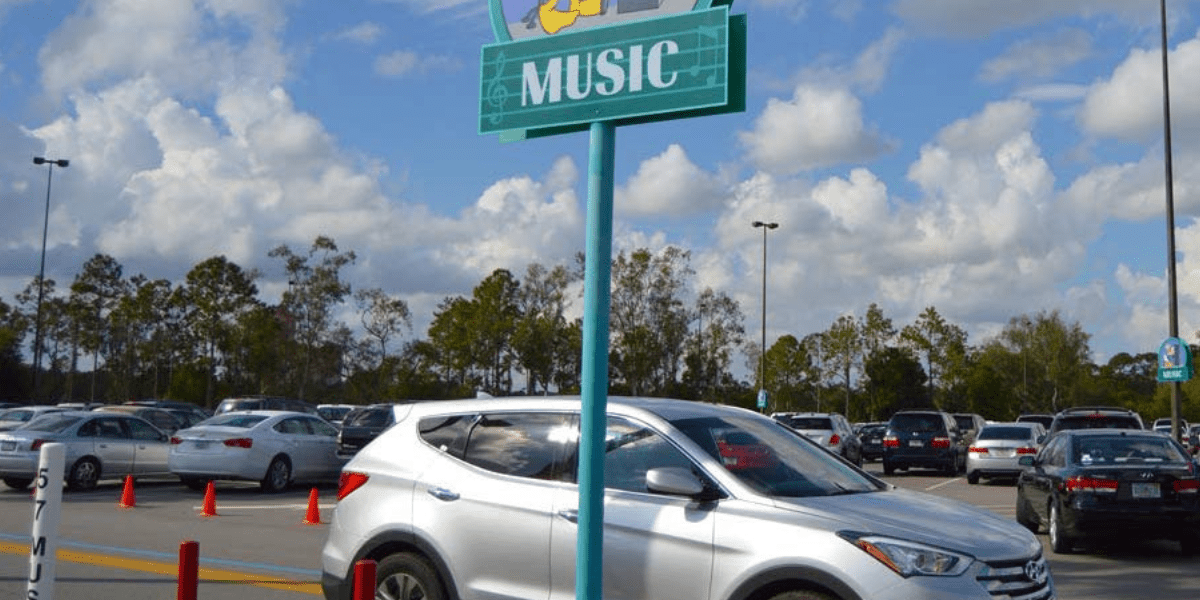 Related: How Disney Charges For Parking Based On Your Hotel Choice

While most people come up with a slated budget for their Disney World vacation, those who make the journey by car need to figure in an even broader budget. And that broader budget will of course include the cost of gas, tolls to be paid along the way, overnight lodging, food purchases, roadside attractions that charge admission, hotel parking, etc. Just be sure to overestimate all fluctuating price norms so you plan to spend more than you initially end up spending in the end. The opposite scenario would be far less ideal. 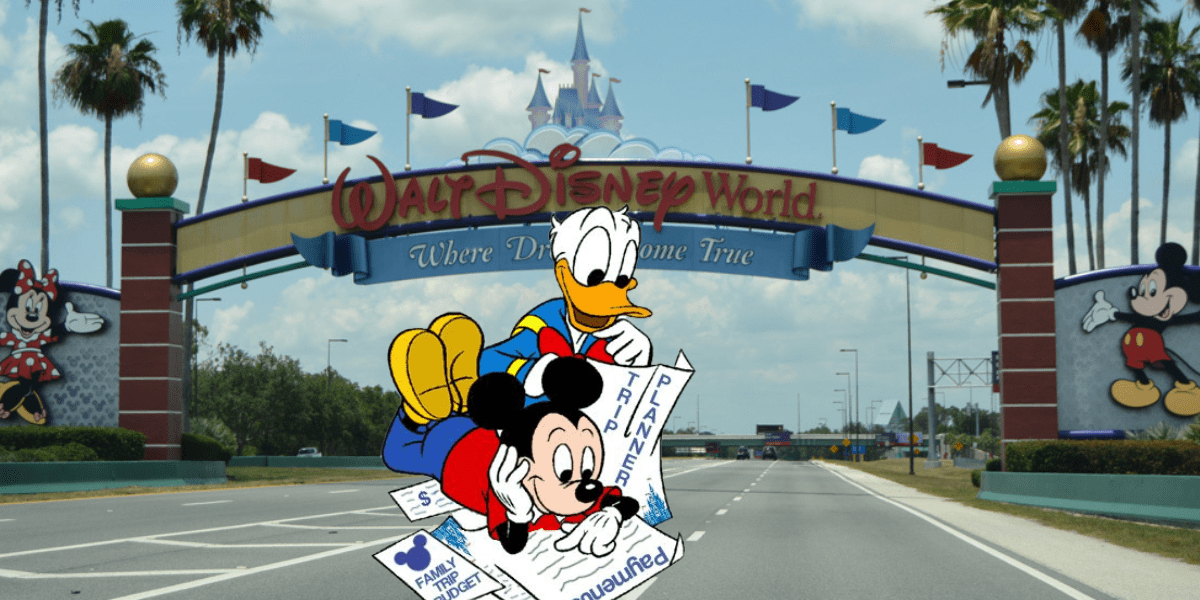 Choosing to drive to Walt Disney World certainly has a couple of liberating go-at-your-own-pace benefits that flying with an airline just cannot boast. But the decision to drive also comes with its own set of headaches and stressors as well. In the end, each traveling party must evaluate accordingly which option is personally better. Either way, you can’t beat the happy ending, which is arriving at Walt Disney World Resort and sharing in a magical, memorable vacation.