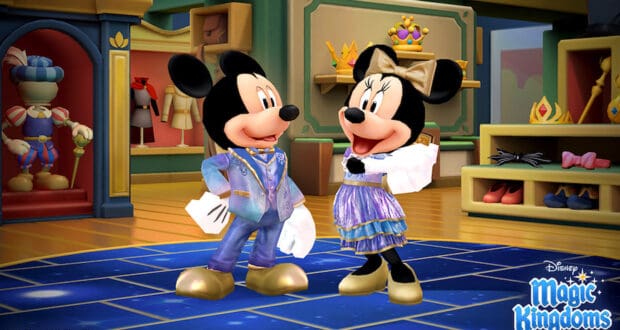 The 50th Anniversary of Walt Disney World has Arrived in Disney Magic Kingdoms!

Fans of Disney Magic Kingdoms will be thrilled to learn about the new Walt Disney World 50th Anniversary enhancements coming to this addicting mobile game! 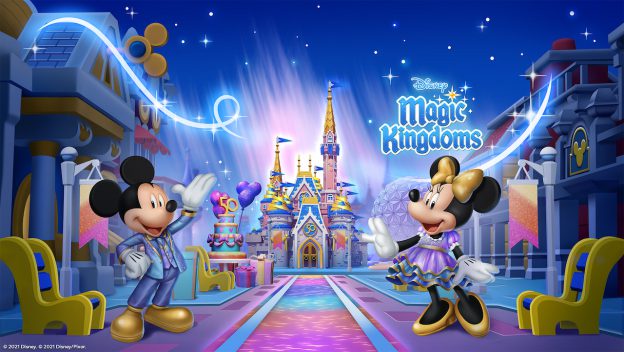 In Disney Magic Kingdoms, fans are able to build their own Disney-like theme park, with lots of ways to show individual creativity while keeping some classic Disney design elements in the virtual world. (If you’re a millennial, think of Disney Magic Kingdoms as part Virtual Magic Kingdom, part Roller Coaster Tycoon, and maybe a little bit of Animal Crossing thrown in there, too!)

Beginning today, October 5, 2021, the game will be enhanced with details from “The Most Magical Celebration on Earth.” As part of the 50th Anniversary celebrations, players will see Cinderella Castle transformed into its EARidescent look for the occasion, and Main Street U.S.A. will be dressed up with the 50th anniversary logos and banners. 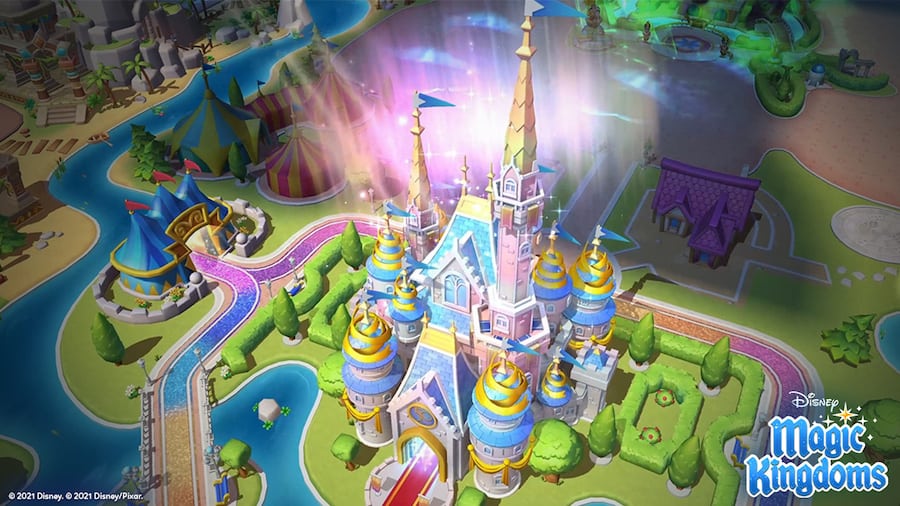 Fans can also unlock the game’s newest Disney attraction, Spaceship Earth, as of today and they can always fill the park with their choice of characters, including Disney, Pixar and Star Wars characters. Mickey and Minnie Mouse can now be dressed in their 50th Anniversary outfits (and they are adorable!) and exclusive 50th anniversary hat stands, cupcake concessions and more are also available now.

That’s not all! The game’s Tapper Event with Figment is coming up soon, October 7-10, 2021, and during this event players can tap small items that appear throughout the game while searching for Figment. The more Figments collected, the more prizes you can win, and many are only available during this special 50th Anniversary event. 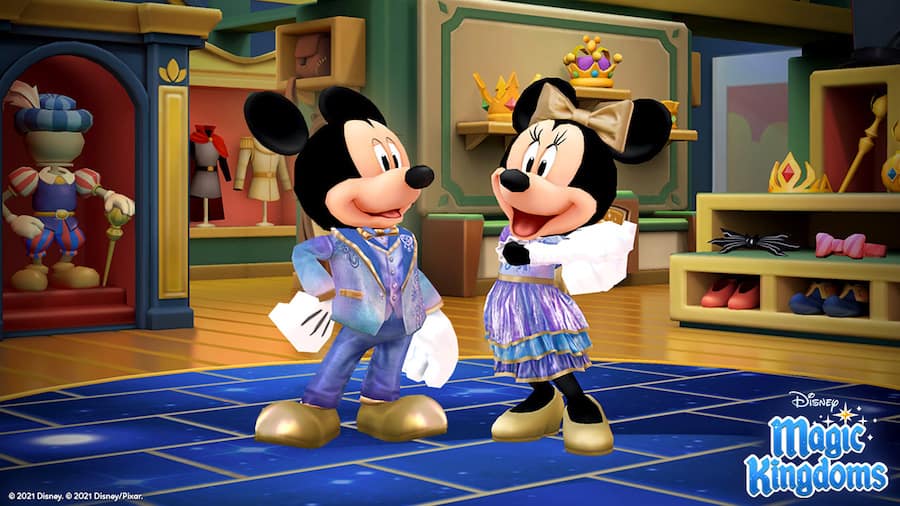 From October 7-14, 2021 fans can participate in the “Striking Gold” Collection Event, where they can search for hidden gold trophies throughout the game. AND another Figment Tapper event runs October 11-14, where players will be able to restore chests with earlier 50th Anniversary items.

The game is currently being played by over 80 million people around the world, and if you haven’t joined them yet Disney Magic Kingdoms is free-to-play with in-app purchases on mobile phones and tablets. You can find it in your app store or by clicking here.