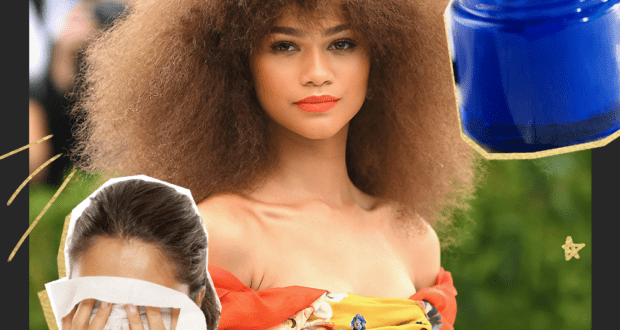 The Top Fitness, Beauty, and Wellness Tips from Zendaya

Few Disney fans or Marvel fans can say that they’ve never heard of Zendaya Coleman. The Emmy Award-winning actress, dancer, and singer has been gracing audiences with her presence since she played Rocky Blue in Disney Channel’s Shake It Up between 2010 and 2013 opposite Bella Thorne, and since then she’s gone on to gain accolades for her more dramatic roles like Rue Bennett in Euphoria (for which she won the Primetime Emmy Award for Outstanding Lead Actress in a Drama Series, making her the youngest recipient on record). She’s also been in blockbusters like The Greatest Showman (2017) or Dune (2021), but most Disney fans and Marvel fans will know her now as MJ, the love interest of Peter Parker in the Tom Holland Spider-Man movie franchise. 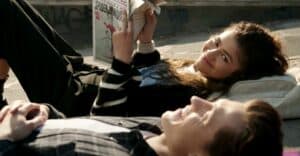 Zendaya as MJ and Tom Holland as Peter Parker in ‘Spider-Man: No Way Home’ Credit: Screenrant.com

Since the latest Tom Holland Spider-Man movie Spider-Man: No Way Home was just released and includes a shocking finale, Zendaya has been the talk of the town once again. She’s also been receiving lots of attention from the public since she and co-star Tom Holland seem to have finally confirmed their ongoing off-screen relationship. With Zendaya being the focus of the public eye once again and New Year’s resolutions rolling in, it’s the perfect time to look back at some of the actress’s best insights when it comes to wellness, fitness, and beauty!

With mental health becoming a bigger and bigger issue in recent years, it’s understandable that Zendaya is an advocate of therapy. “Yeah, of course I go to therapy,” she told British Vogue in a recent interview. “I mean, if anybody is able to possess the financial means to go to therapy, I would recommend they do that. I think it’s a beautiful thing. You know, there’s nothing wrong with working on yourself and dealing with those things with someone who can help you, someone who can talk to you, who’s not your mom or whatever. Who has no bias.” 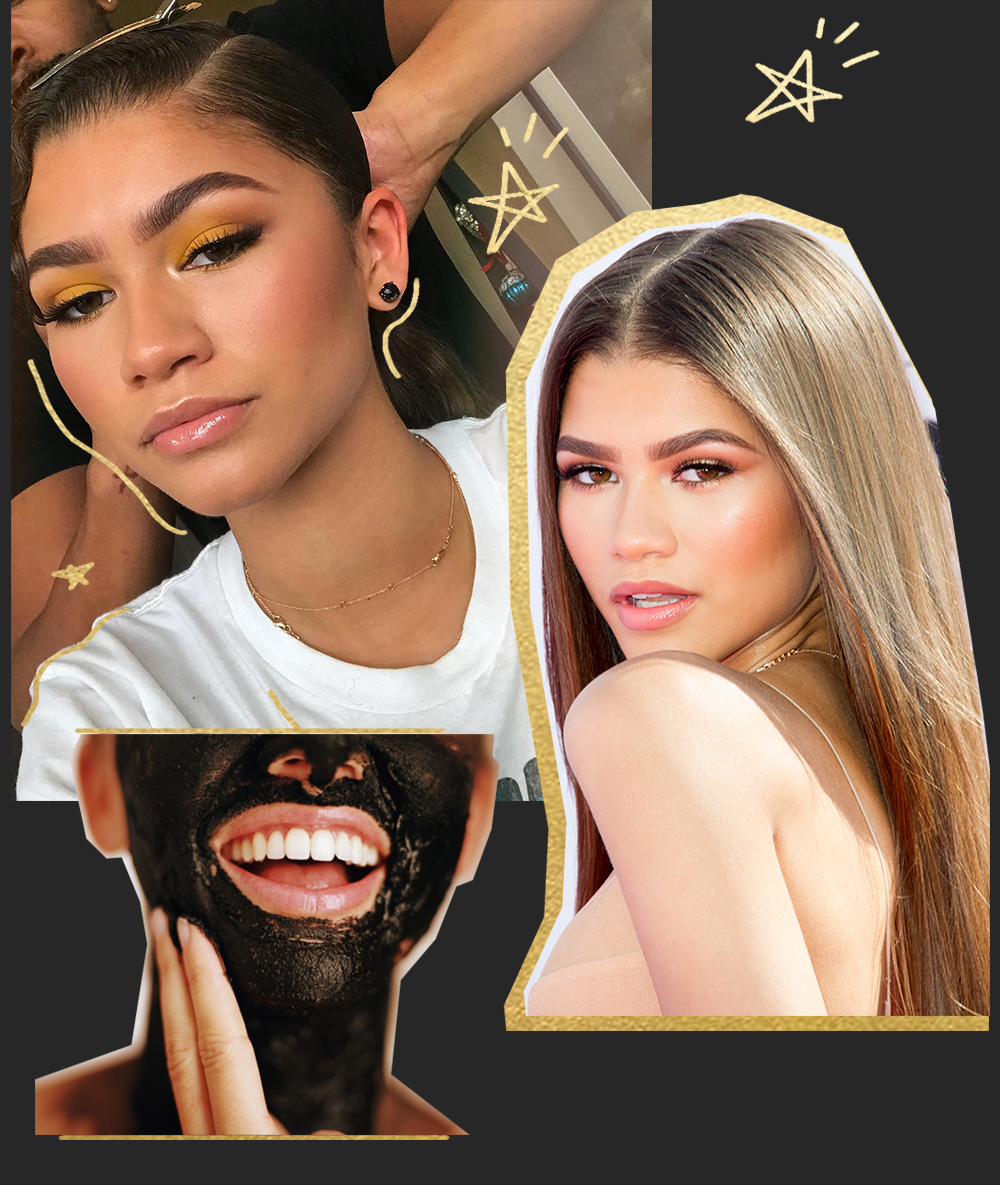 Many Disney fanatics might not know that Zendaya has her own website, but she does, and there are several resources on zendaya.com about anxiety or insomnia. In the zendaya.com article about alleviating anxiety, one of the first paragraphs says that “self-care is key! Make sure to get enough sleep, nutritious meals, exercise (daily if you can), and limit alcohol and caffeine (both can make anxiety worse)”. Diet-wise, Zendaya is a vegetarian, but she loves comfort food like an In-N-Out grilled cheese!

Zendaya has been featured in many videos (and on her own website) without wearing any makeup at all, so the actress definitely seems to be an advocate for barefaced natural makeup or natural beauty! However, Zendaya also doesn’t hesitate to bring dramatic or unexpected looks to the red carpet when it comes to press tours, award ceremonies, and movie premieres. She’s often considered one of the fashion industry’s most popular celebrities, and Vogue just named her one of the twelve best-dressed women of 2021 alongside other Marvel actors like Gemma Chan and Angelina Jolie!

When she’s doing graphic makeup or dramatic looks, Zendaya has said that she loves a red lip and a little winged eyeliner on the outer corner of the eye. You can also see some of her makeup tips in the video directly below, such as enhancing eyebrows in a natural way and applying eyeliner with open eyes!

The performer has a long-standing partnership with Lancôme, so it’s not surprising that her skincare before red carpet appearances focuses heavily on that brand’s products. However, Zendaya has also shared her simplified skincare routine, saying that “it’s so important to take care of your skin and pamper it before you go to bed”. Her first step is removing “any makeup and dirt with Shea Moisture African Black Soup Facial Cleansing Wipes. One of my biggest tips for keeping your skin clear is to wash your makeup off before you go to bed. There are no excuses!” the article says.

Zendaya’s second skincare step is toner — specifically the classic Thayers toner, which Lily Collins is also a fan of. “With cotton pads, I apply rose water witch hazel as a toner. It’s really refreshing and has a nice, soft scent,” Zendaya wrote. Lastly, she wrote that “I smooth on vitamin e oil, which makes my skin look fresh and feel so soft by the morning”. She also pointed out that “Vitamin E Oil rejuvenates and blocks free radicals, which contribute to the aging process”. In another article, Zendaya specifically spoke about the beauty products that help her with acne, saying that “every girl needs a few secret weapons to keep their skin clear”.

The first skincare product Zendaya uses for acne is the same Vitamin E oil from the Body Shop as previously mentioned. The other two products are the Mario Badescu Ceramide Eye Gel (“this eye gel helps de-puff my under eyes and keep the skin hydrated”, Zendaya wrote) and the Mario Badescu Oil-Free Moisturizer (“this moisturizer protects against sun damage, doesn’t clog my pores, and contains green tea extract, a great antioxidant!” she said).

Although Zendaya mainly seems to use Lancôme skincare products now, she has still shared some other skincare products that are key to her confidence. In one of her articles, she says the following: “What helps me feel confident? A lot of things contribute but having a good skincare routine makes all the difference. Pampering my skin and seeing the results from that is so relaxing and really boosts my confidence. When your skin feels poppin’ you feel poppin’— you’re glowing from the inside out!”. The Origins Clear Improvement Active Charcoal Mask, La Mer The Intensive Revitalizing Mask , PurErb Purity Renewing Moisturizer (which a Spider-Man makeup artist recommended to her), and the PurErb Vitality Deep Cleansing Oil all made the cut. 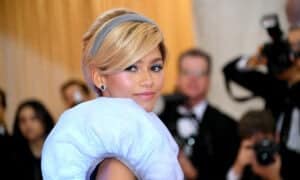 As far as fitness goes, Zendaya is not averse to using little psychological tricks to motivate herself for a workout. During quarantine in 2020, the actress and her well-known assistant Darnell Appling began a workout regimen together — and in an effort to stick with the routine and distract herself from the workout, Zendaya apparently got into the habit of “dressing up in wigs and embodying different characters each time, just to bring a little hilarity to whatever workout they’re up to”.

When she’s playing a dancer like Rocky Blue or an acrobatic trapeze artist like Anne Wheeler in The Greatest Showman, Zendaya obviously has to amp up her workouts a bit. “Find something that’s actually fun for you,” she told Justine Magazine. “Dancing” and “fight choreography” are enjoyable for Zendaya automatically, making it much easier for her to prepare for her roles and stay healthy in between shoots.

Do you find Zendaya inspiring? Are you going to try any of her fitness tricks, skincare products, or wellness recommendations for this New Year?