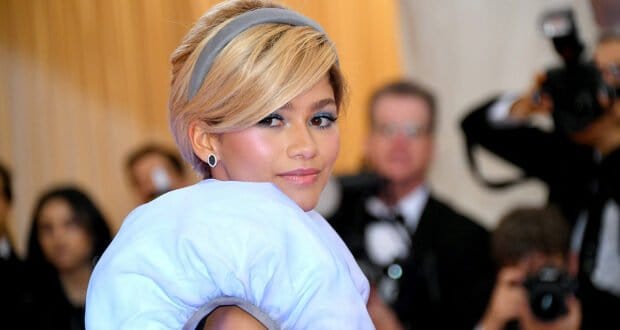 British Vogue released an interview with Zendaya called “Into the Instagram Archive” yesterday, and she had a lot to say about her Met Gala Cinderella dress. In this “Instagram Archive” series, British Vogue invites celebrities to look through their old Instagram photos and comment on them. One of the first Instagram posts that Zendaya looked back on was her standout moment on the Met Gala’s red carpet, when she was dressed as Cinderella. On that evening, “Cinderella” walked the red carpet with a male Fairy Godmother who pointed his wand and ‘magically’ turned Cinderella’s dress into a new one. In this case, Zendaya’s pale-gray Tommy Hilfiger ballgown brightened to be a light blue electronically. 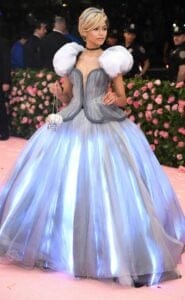 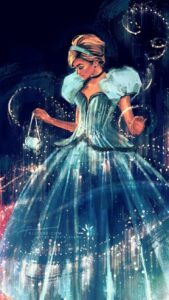 In her standard good-humored fashion, the actress stated bemusedly that “this Met stressed me out. I was basically wearing a dress that was, like, electronic. I got there and it wasn’t ready. It was supposed to do a little bit more than it did; it was supposed to start smaller and get bigger.” She waved away the stress like a Fairy Godmother with a wand, however, and went on to say that she was “so grateful to the team who worked so hard, but they were, like, under a lot of pressure.”

She also suggested that the dress probably “needed a week more” before being red-carpet ready, but “the show must go on” and she and her team “just had fun with it” anyway. Since the Met Gala is already known for being “camp” with strange costumes and elaborate oddities as clothing, there was indeed a lot less expectation for Cinderella at this particular ball!

As a “Disney girl in a Disney princess dress“, Zendaya still had fun. She also acknowledged Tom Holland in the video, since the two actors have become close while starring in Marvel Studio‘s Spider-man movies (including the newest film, which is out in December!). Even though fans have speculated that the couple are actually dating, and have been for years, Zendaya just called Tom her “best friend” for now (understandably, since this video was filmed before she and Tom Holland had officially confirmed their ongoing romantic relationship earlier this summer by being photographed kissing). 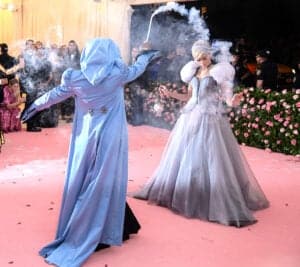 Did you see Zendaya’s Cinderella dress when she first wore it? And are you excited to see her in the upcoming Spider-man movie, “Spider-man: No Way Home” with her now-official-boyfriend Tom Holland?

2021-09-07
Sharon
Previous: Shang-Chi and the Legend of the Ten Rings Review
Next: The Creations Shop Gets An Opening Date