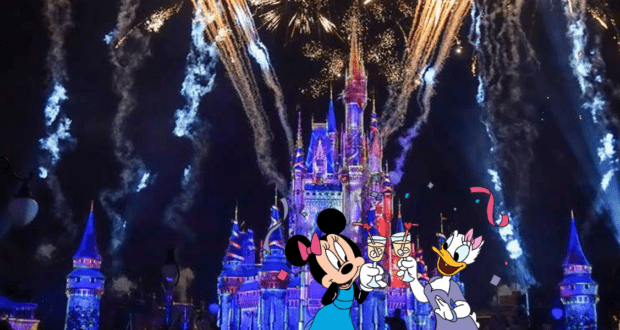 With every new year that rolls around, the act of making New Year’s resolutions is a fairly common practice among many. Folks naturally want to resolve to do better in some area of their lives, feeling that the start of a new year offers a time for a fresh start over.

Disney fanatics are no exception to the scores of folks endeavoring to do better with the prospect of a new year. You are, after all, essentially looking toward “a great big beautiful tomorrow,” so to speak. Oftentimes you hear a recitation of cutesy contemplations and sweeter-spectrum resolutions from those planning an upcoming trip to Walt Disney World Resort in Central Florida, Disneyland Resort in California, or some other Disney vacation destination elsewhere. These often include such goals as deciding to start a Disney pin collection, tackling all the latest rides and attractions, or even locating more Hidden Mickeys. But for Disney Guests who truly want to be better versions of themselves going forward, there’s plenty of work to be done and far more essential, necessary resolutions that really ought to take precedence on the list. Here are 10 of the top New Year’s resolutions that Disney Guests need to adopt.

For some reason, bad behavior across Disney Park and Resort locations around the world has increased significantly over the last few years. Incidences of altercations among Guests and even Guest-Cast Member confrontations are at an all-time high. While a hotheaded Disney Guest may offer up various arguments, excuses, or justifications for their less-than-stellar antics it still doesn’t change the fact that Disney theme park locations are intended to be family-friendly destinations full of children. So do yourself and everyone else a favor by exercising decorum in all instances and resolving not to get into any fights under any circumstances. 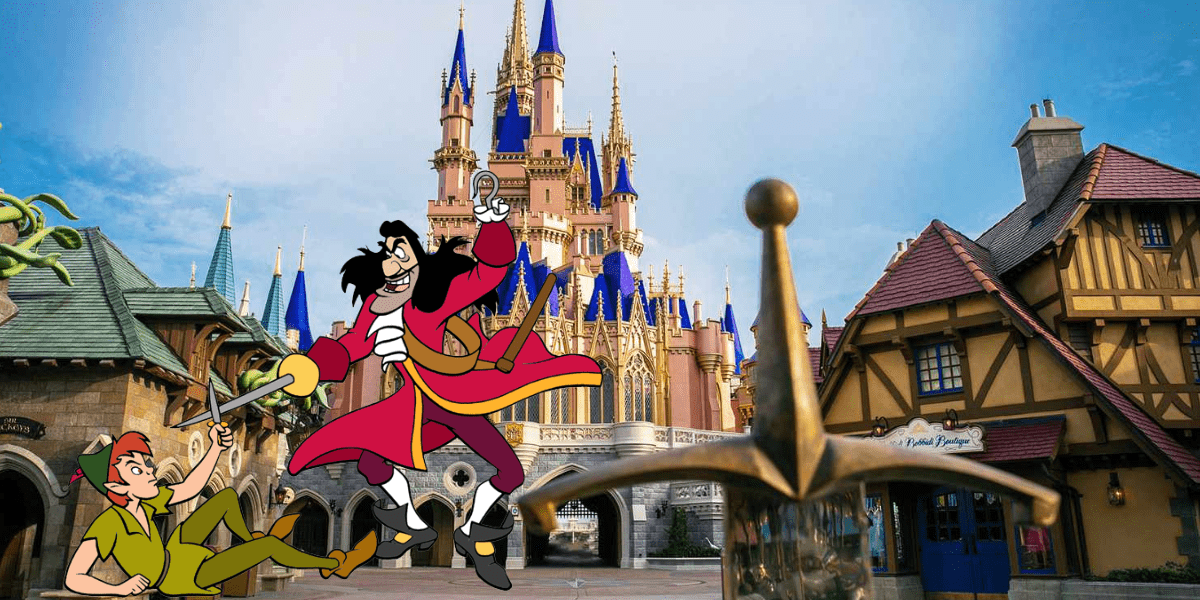 Related: More Fights Break Out in Disney World, Guests Catch Them on Camera

You’re on a Disney vacation for crying out loud! This is an experience that many folks dream about having their entire lives. Shouldn’t you take this opportunity to reflect on all the magic and truly let yourself appreciate it all? Who cares if there were any minor—now resolved—setbacks during the planning process where you had to call customer service to straighten things out? You’re here now, and that’s what you should be focused on.

While your Disney vacation is bound to be magical, nothing in this world is perfect. And you need to do your part by being upbeat and positive. You can do so by resolving to not complain under any circumstances. In fact, you really need to make refraining from complaining while within the limits of Disney property your ultimate goal. This includes not complaining about the weather, not talking politics, and deciding to forego any and all critical remarks about some of the recent in-Park changes you’ve observed in comparison with your last visit. It may be best to just hold your tongue entirely regarding your opinions about Disney Genie, Bob Chapek, price increases, and other hot topics that can detract from your joy, at least while you are on your vacation. 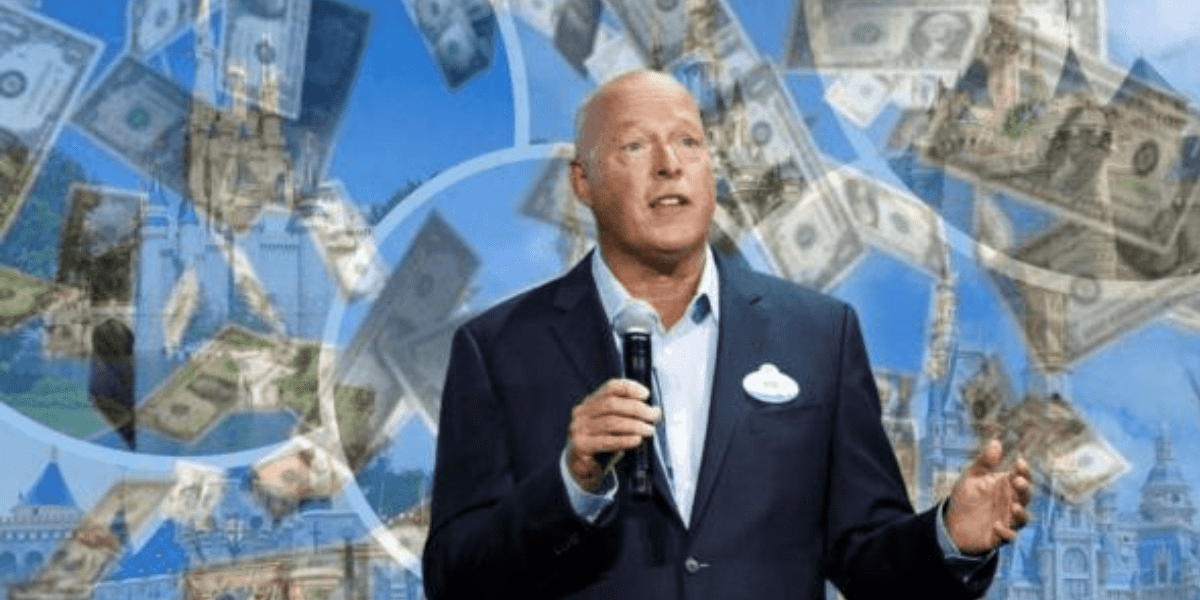 Disney Park and Resort locations implement a specific dress code policy for a number of very good reasons, all of which go back to Disney offering up the most optimal Guest experiences to all. The wrong kind of clothing has the potential to be offensive to others, particularly if such items sport controversial statements, use foul language, or even feature an obscene gesture or graphic image. Then you have those inappropriate-clad ensembles that are far too skimpy, revealing, or pose too much potential for a viable wardrobe malfunction. And let’s not forget about safety, in which some poor clothing decisions may in fact pose a direct hazard to folks. The long and short is that Guests really need to resolve to make better choices when planning out the certain types of outfits they choose to wear to Disney designations; the issue has really gotten out of hand in recent years. 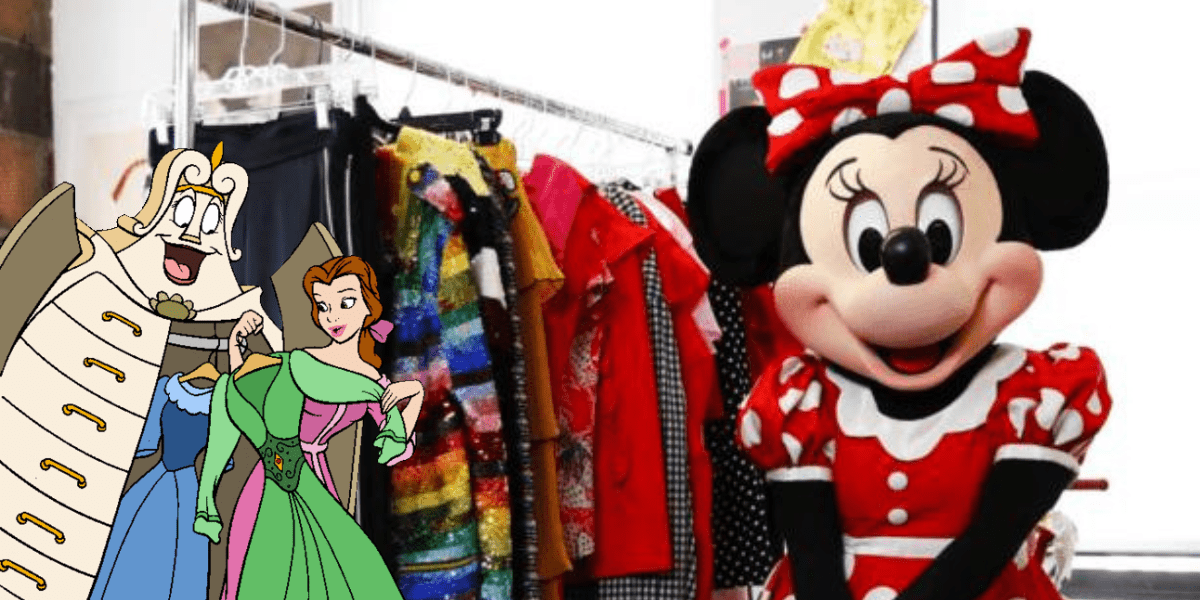 7. No Unauthorized Recordings and Photographs

We now live in an era where constant social media postings and consistent smartphone videography are second-nature behavioral practices among folks. But such practices can be invasive, particularly to those who do not want to be recorded publicly and without consent. It also can be exploitative by broadcasting private information or unintentionally including unwilling parties in targeted advertising in some way. Disney Parks and Resorts the world over continue to step in and intervene when it is necessary to do so. Tokyo Disney Resort and Tokyo DisneySea, for instance, have even banned commercial-grade filming, the use of auxiliary equipment, or any public transmissions/recordings that may be inconvenient to Guests.

But the Walt Disney Company can only do so much. Disney Guests must also resolve to do their part by being more mindful and respectful of others. This includes making conscious decisions when filming for blogs and vlogs and respecting the rights and privacy of folks vacationing at Disney. 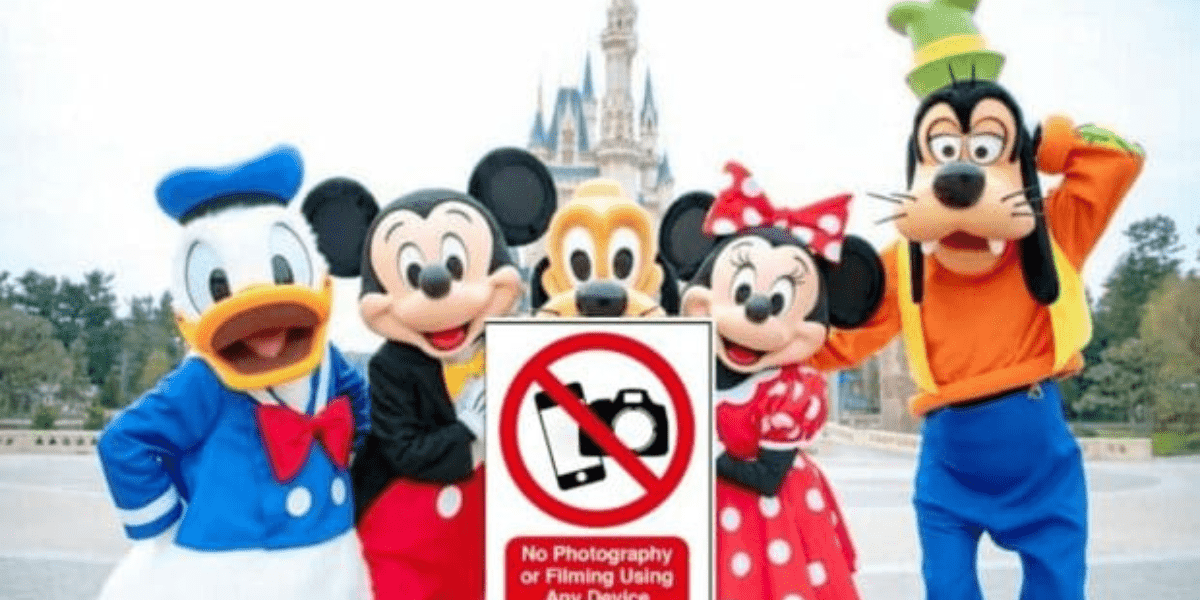 6. Be More Respectful of Cast Members

Disney Cast Members work long and hard at the tasks they perform, always working on the holidays, schooling their features when things get intense, and forever practicing care and commitment at all times. They also get the brunt of the blame and are frequent recipients of the wrath of disgruntled Disney Guests when their duties entail confronting bad behavior, mediating fights, or delivering the disappointing news about an attraction needing to close unexpectedly.

Guests would do well in making a resolution to be more respectful of Cast Members. Remember, they are people with thoughts and feelings too. Furthermore, they are the core ambassadors of Disney Magic and are deserving of your gratitude and respect. 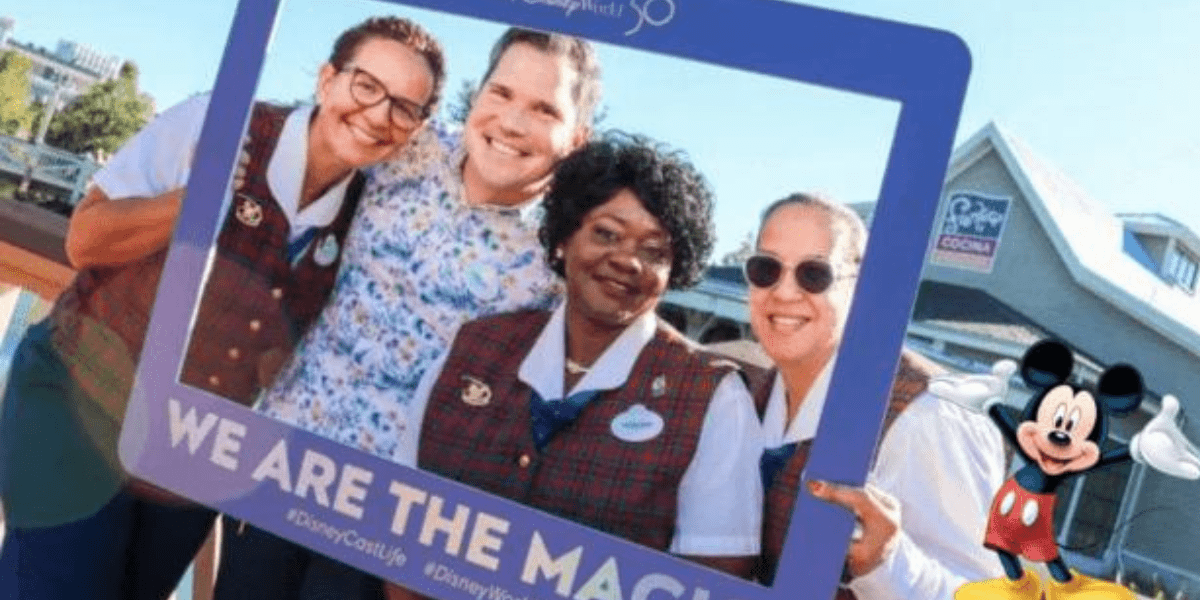 Do you have a long history of staying at local chain hotels? Perhaps you are a member of some rewards program and garner points by staying at qualifying hotels. Or perhaps you just really like Disney’s Good Neighbor Resorts and have never before considered staying on Disney property. Well, it’s been said before that you will never have a full-fledged Disney experience unless you book accommodations at an official Disney Resort. There are three official Disneyland Resort hotels in Anaheim and many others over at Walt Disney World Resort in Orlando. Disney Resorts come in all different offerings and locations, with varying options within the Magic Kingdom area, EPCOT/Hollywood Studios area, and even those in close range to Disney’s Animal Kingdom. What’s more, it doesn’t matter which designation you stay at because all come with a host of magical perks and benefits exclusive to Disney Resort Guests. So, if you’ve never stayed on Disney premises before, it may be time to resolve to do so in the coming year. 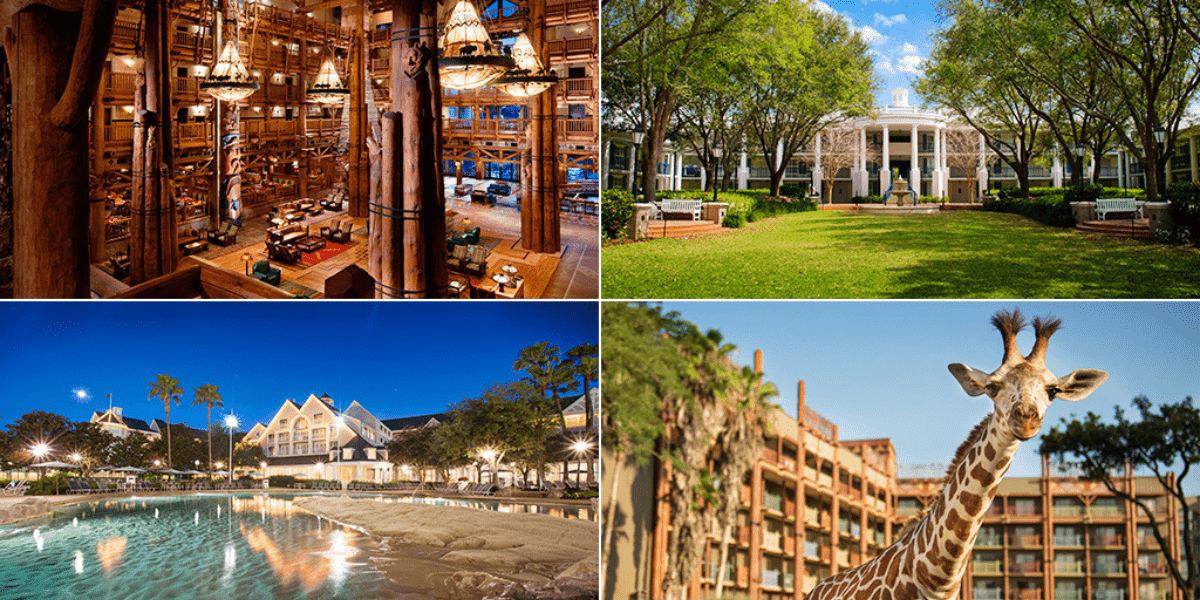 Related: Disney World Good Neighbor Luxury Hotels You May Not Know About

In the spirit of those classic New Year’s resolutions about eating better, Disney Guests would do well to consider trying out the newer, healthier, better-for-you options available at Disney Resorts, Disney Springs, Downtown Disney, and various other venues. In recent years, all of the above Disney destinations have significantly increased their menu options to cater to different diets. Even if you don’t have any specific allergies or lifestyle-imposed restrictions about the certain foods you eat, it may benefit you to broaden your palate a bit. Consider gluten-free meals or plant-based alternatives. They may just surprise you with how good they really are! 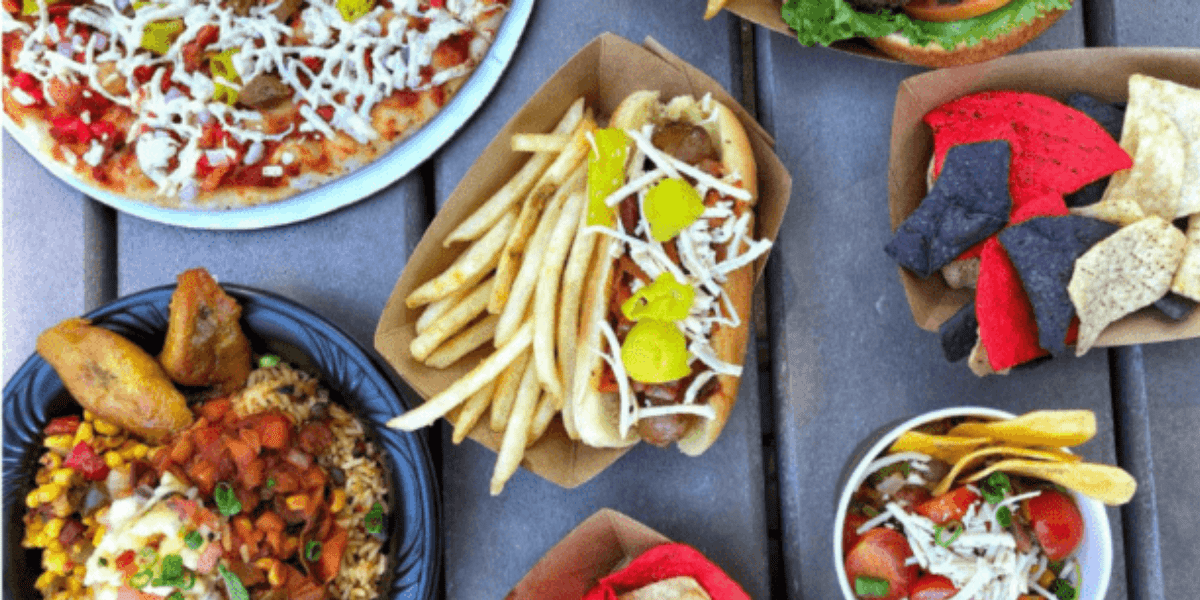 Perhaps you are usually a frugal spender. But if you’re already investing in a Disney vacation, don’t you think there are just some additional magical experiences that may be worth the extra cost? Now that most Disney locations are settling down from the turmoil brought on in recent years, and many previously discontinued experiences are finally starting to return, this may just be the time to pursue a magical extra. Consider attending a special ticketed event, taking a behind-the-scenes tour, or even opting for some other VIP upgraded experience if you have a Disney vacation coming up later this year. 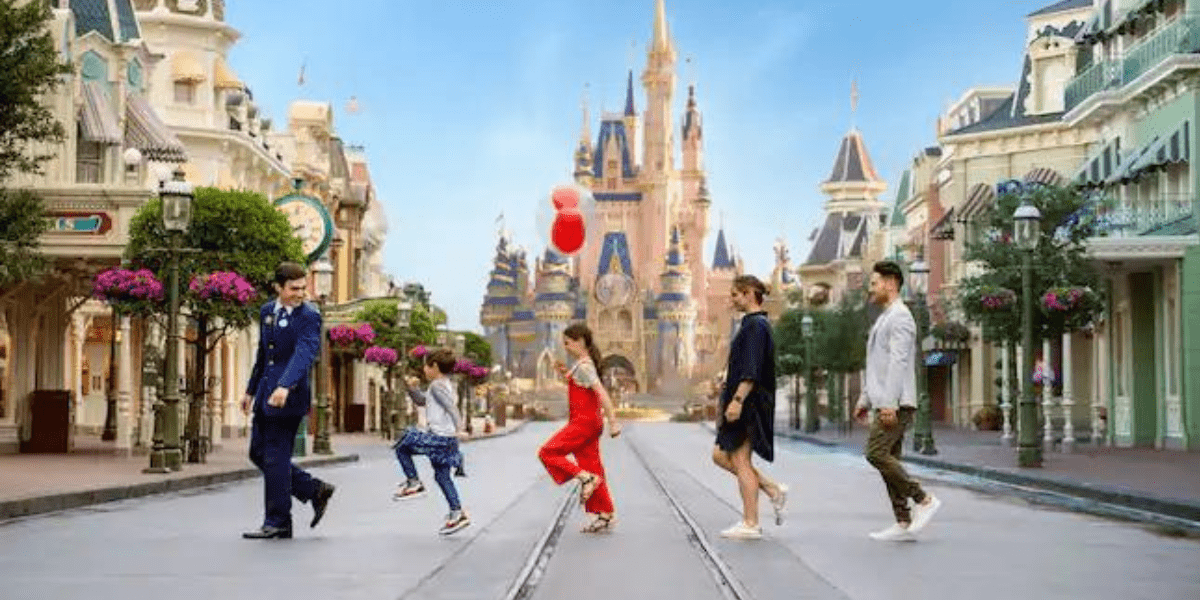 2. Compensate for Missed Meet and Greets

Going back to the recent turmoil and discontinued experiences, there was a time not too long ago when social distancing protocols all but ended traditional Character Meet and Greets. Well now that such opportunities have been restored, it’s time to compensate for all the lost time. Make it a goal to pursue as many Disney Character experiences as you can. 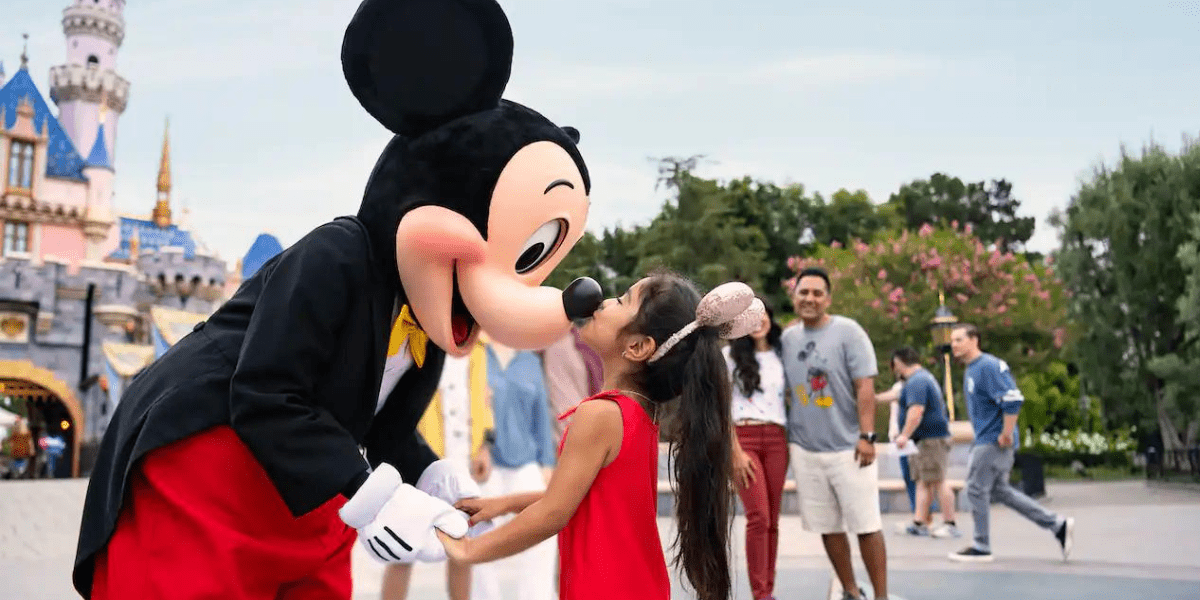 Related: Are Pandemic-Era Meet and Greets Coming to an End?

1. Decide to Have the Best Time Ever!

It may seem such a simple thing in the spirit of Disney vacationing, but it cannot be emphasized enough. You are at one of the most coveted destinations in the world. So don’t ever lose sight of the magic. Appreciate this cherished experience to its fullest and resolve to have the best time ever! 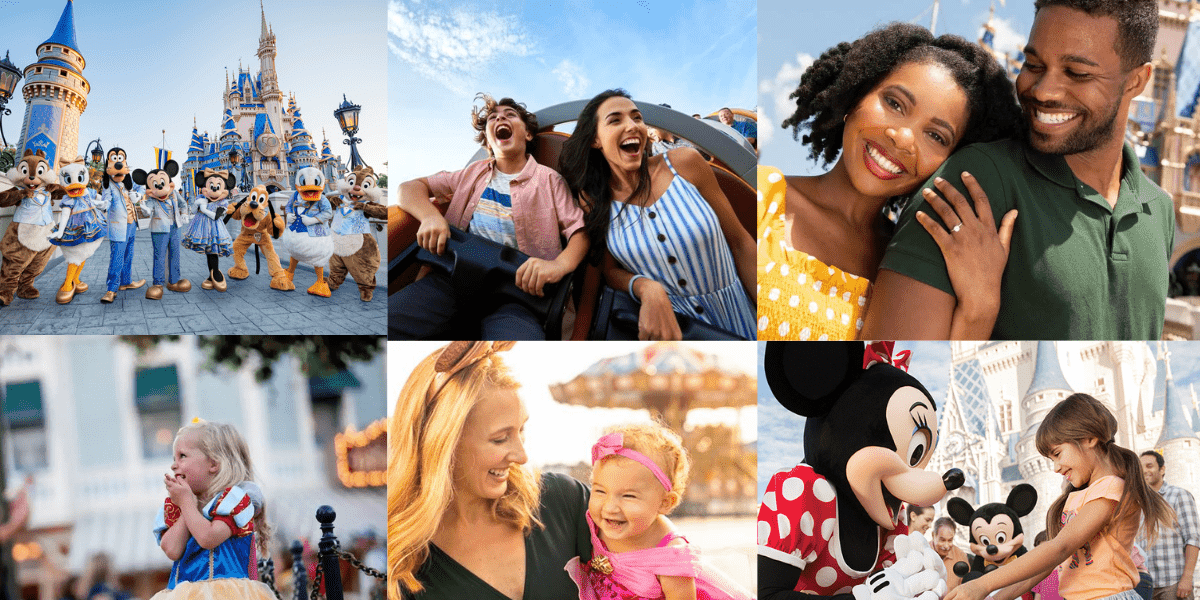 There are numerous other New Year’s resolutions to adopt, both as a Disney fan and just someone looking to do better in general. Each new year presents a brand-new opportunity to progress even further, turn ambitions into realities, and make all of your dreams come true.