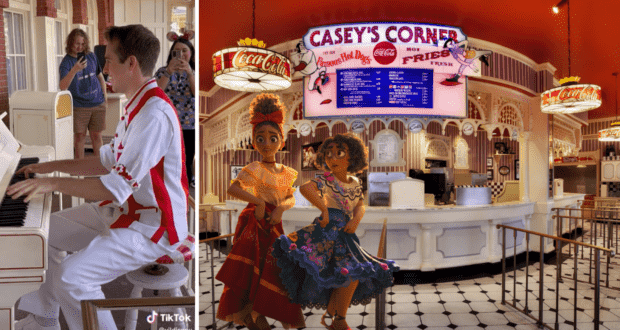 Encanto (2021) came with a massively popular soundtrack that has topped the charts consistently since the film’s debut and spawned numerous social media trends. While the story of Encanto is understated at Walt Disney World (aside from merchandise, only small offerings like gardens and food stands inspired by the film have shown up during EPCOT festivals), one Disney Cast Member has used the film to spread some extra magic for Guests visiting the Magic Kingdom. TikTok user @vildisney captured the piano player at Casey’s Corner playing ‘We Don’t Talk About Bruno’- Watch the video below:

Grayson, the talented Cast Member in the video, has been playing outside by the seating area of Casey’s Corner since September 2021, where he has already become a Guest favorite. Even the comments on the video applaud him for his performance skills, musical abilities, and for memorizing a number of songs including traditional ragtime hits one might expect at Casey’s corner but also contemporary Disney tunes like ‘We Don’t Talk About Bruno.’ 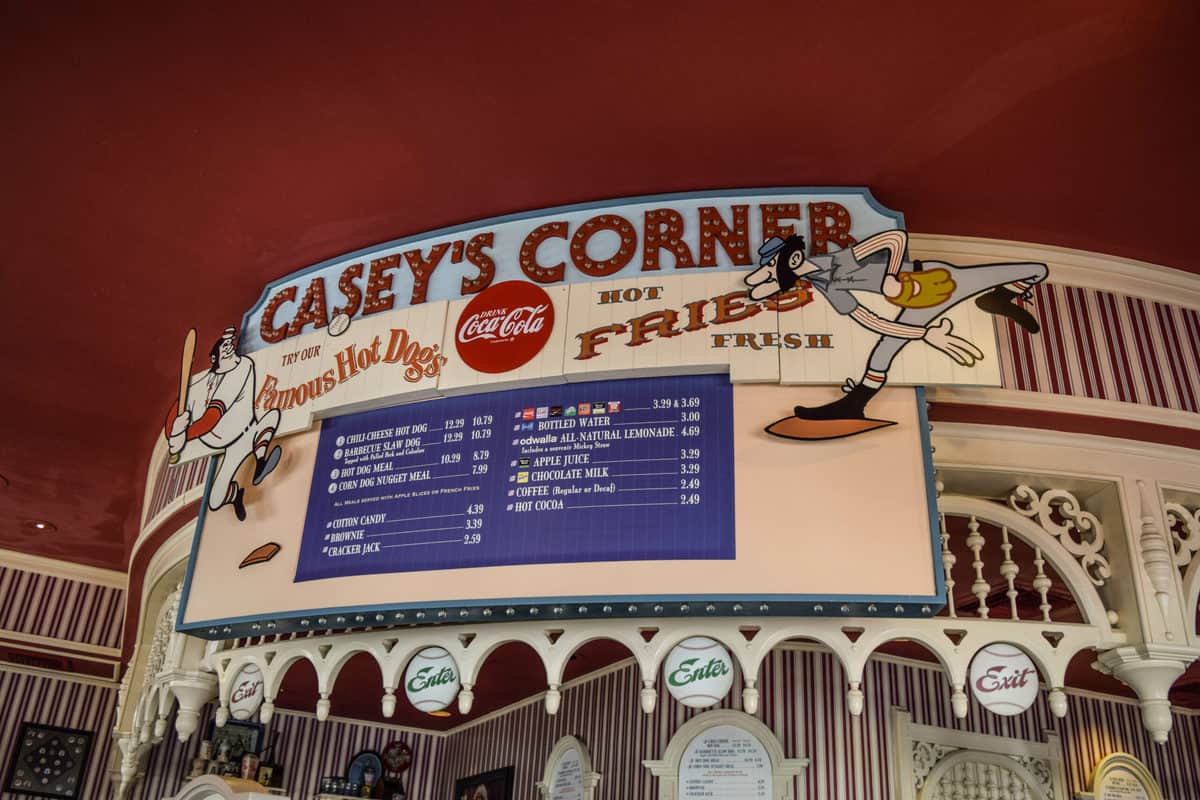 You can see the piano players performing at Casey’s Corner during your next trip to the Magic Kingdom by stopping by the restaurant during daytime hours. While at the restaurant, be sure to take a look around inside at the historic baseball memorabilia, all themed to the Mudville team and the classic Ernest Lawrence Thayer poem, ‘Casey at the Bat.’ (And be sure to have a chili cheese dog or some corn dog nuggets for us!) 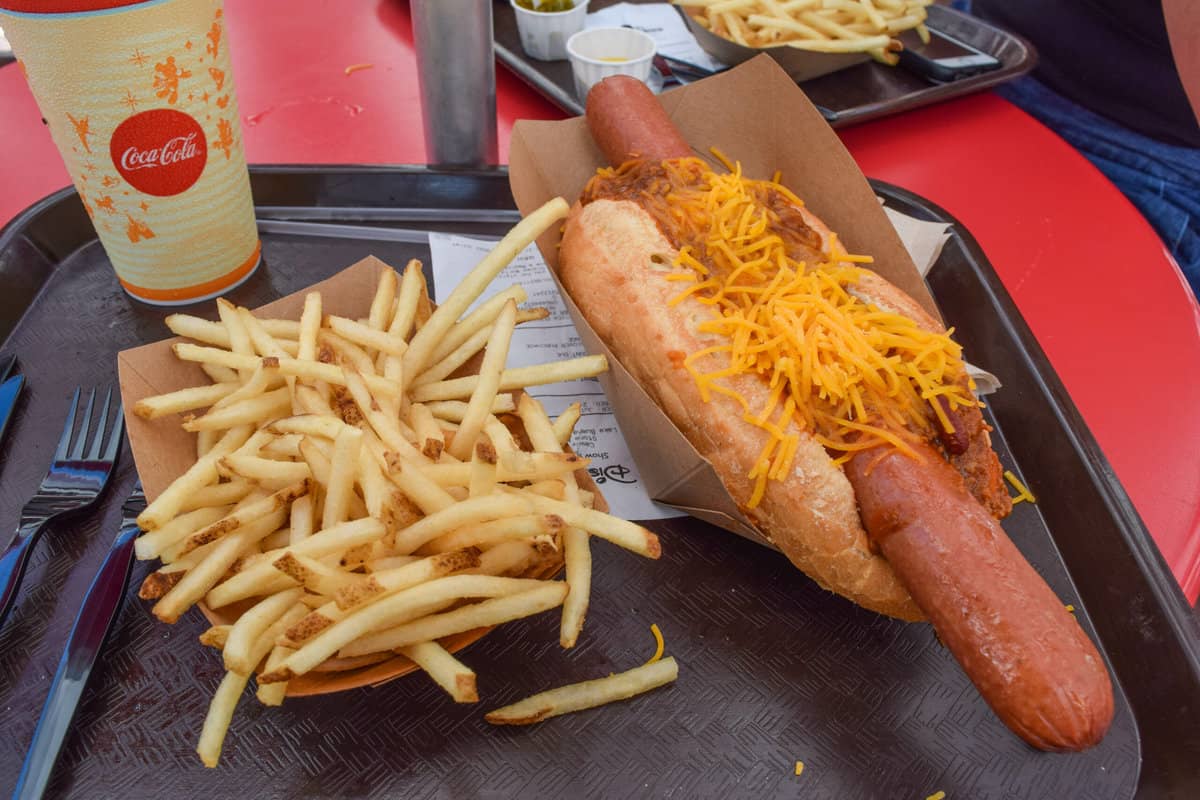 For more Encanto at Walt Disney World, head over to the EPCOT International Food & Wine Festival running through July 4, 2022, to try snacks from the outdoor kitchen inspired by the film, or to explore the Encanto garden.

And, during your visit, use the My Disney Experience app to find entertainment offerings in each Disney park, including live music, shows, and more.