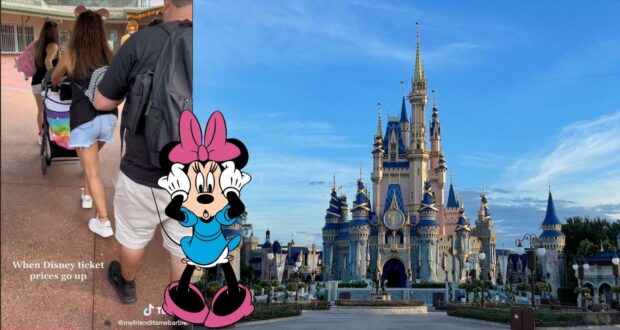 A Disney family was seen sneaking a child into a Disney Park recently.

While the rising prices of Disney World have been subject to much talk, one family had a different approach to the problem.

The Walt Disney World Resort and Disneyland Resort are the ultimate Disney vacation spots. People frequent them from all over the world because they provide that magical Disney experience Guests know and love. However, it’s no secret that whether your destination of choice is Magic Kingdom Park, EPCOT, Disney’s Hollywood Studios, Disney’s Animal Kingdom, or, across the country, Disneyland Park and Disney California Adventure, the tickets to these places of wonder and magic don’t come cheap. 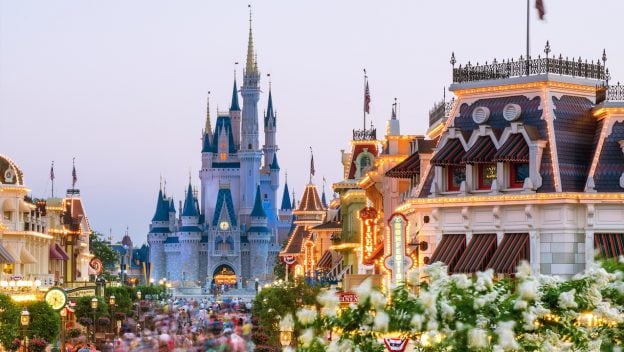 This said, Disney offers discounted ticketing for children under ten and free admission for kids under three. However, as one Disney Guest and TikTok user captured and shared to the social media platform, that doesn’t always cut it for Guests.

@myfrienditsmebarbie shared a video of Guests taking advantage of the free toddler admission at Magic Kingdom. Check it out:

♬ how would they know bad girls club – Chris Gleason

As clearly evident in the video, a little girl sits in a baby-sized stroller while her family scans their Disney Park tickets. Once the family progresses further out of view of Disney Cast Members, down on Main Street, U.S.A., the family pulls a child that looks to be elementary school-aged out of the stroller.

The video went viral amassing over 600K likes and 5000 comments. The reception to it, however, was mixed.

TikTok user Kayla Barilla said, “We just teach our kids to lie about their age 😂😂😂 but this is epic 😂😂😂.” Another user, Glam You Up also found the situation incredibly humorous and added, “I can’t do this cus if I say “oh she’s two” my child will pop out and be like “nOoOo iM fOuuuR”😂😂😂.”

Meanwhile, a commenter who appeared to be a former Cast Member chimed in, “Worked the front gates, trust me we know 🤣 we are told to just let it go.”

However, on the other hand, many fans also felt the family was being selfish and taking advantage of the situation, though some fans responded to that as well. “All the negative comments on here clearly don’t have kids age 3-5 that are not tall enough for most rides.. good job! We did this too til about 5 😂,” @cccaaattty wrote.

While the situation has received its fair share of attention online, Disney does occasionally ban or entertain consequences for this kind of behavior, and it’s important to note that for all Guests interested in visiting Disney World.