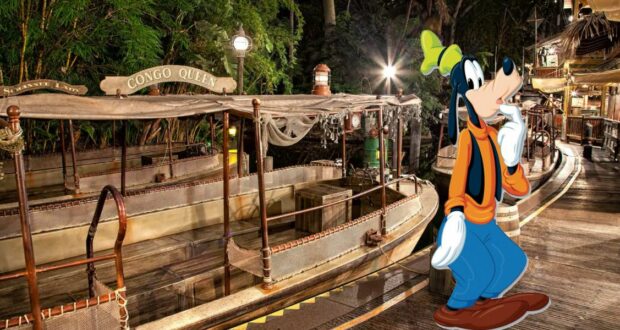 Why Was Disney’s Jungle Cruise Never Turned Into a TV Show?

One of the greatest Disney Animation Television ideas was right in front of our eyes but never came to pass.

While the live-action movie starring Dwayne Johnson and Emily Blunt was still amazing and funny, there should have been an animated television series that brought viewers into the world of Disney’s Jungle Cruise each week for lots of laughs and adventure.

The entire premise for the attraction is basically set up for an animation series.

Picture it like a combination of DuckTales and Star Trek Below Decks. A rag-tag band of misfits is, trying to run Jungle Navigation after Dr. Albert Falls’ disappearance. Each episode brings new clients, new lessons, and new hilarious adventures.

Perhaps this idea was passed up in favor of the other adventure shows like DuckTales and TaleSpin, lots of which take the classic Disney Characters on original adventures. But perhaps it could be what Disney Channel needs today.

Besides Owl House, which is more controversial than anything, Disney Channel and Disney XD have been without a solid animated franchise worthy of earning a spot in the theme parks since Gravity Falls.

If The Walt Disney Company still wants to invest in its linear networks, perhaps a family-friendly Jungle Cruise show could be just what it needs.

Disney’s Jungle Cruise (2021) movie, starring Dwayne Johnson and Emily Blunt, is also available for streaming now on Disney+. With a second Jungle Cruise film on the way, we expect the Jungle Cruise franchise to continue to grow.

We at Disney Fanatic will continue to update our readers with Disney Movie news and stories as more developments come to light.