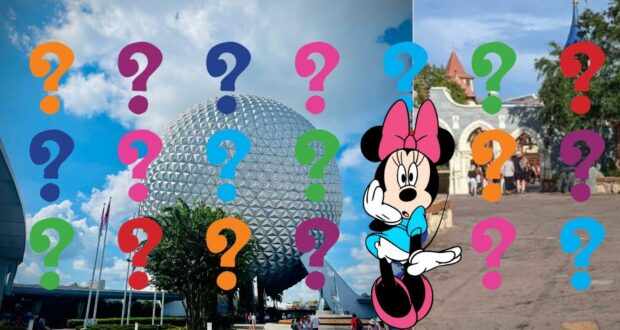 In a strange week for Walt Disney World, the Theme Park is practically empty yet again, with barely any Guests in attendance.

Disney Parks are known for showing Guests a wonderful time, but they’re also known for being incredibly crowded. Having that magical Disney vacation at Walt Disney World Resort at any of the Theme Parks—Magic Kingdom, EPCOT, Disney’s Hollywood Studios, or Disney’s Animal Kingdom—has always meant a long wait time. It’s a reality that Guests have long since accepted and learned to live with. Earlier this week, we at Disney Fanatic wrote about how Magic Kingdom Park had turned into a Ghost Town, with many attractions having massively shortened wait times compared to a typical day. The Seven Dwarfs Mine Train, for example, usually one of the Resort’s most popular rides, posted only a 20-minute wait, and even the Star Wars: Rise of the Resistance attraction at Disney’s Hollywood Studios which has seen 5-hour wait times clocked a wait time of 60 minutes.

Now, this was seen at EPCOT. Disney Guest and Reddit user u/RedDawn850 took to the platform to share photos and the story. In the caption, they said,

Just got done with EPCOT. Not sure what’s going on, maybe I missed something but the amount of people at the park today was impressively low. We have been during the COVID 25% rule, and this absolutely beat that. Most rides were 5-30min wait times.

The parks are almost empty from WaltDisneyWorld

In case you didn't hear, summer is over. Here is a look at the average wait times at Walt Disney World compared to the past 7 Wednesdays (7/13-8/31). @ThrillData pic.twitter.com/7BQZqfozoM

Interestingly, while many Guests are shocked, some are less so and provided possible explanations on u/RedDawn85’s Reddit post.

u/twyst976 commented, “Just watch the ticket prices, $109 one-day ticket, like today, means a low expectation of crowds from Disney. You can guess crowd heat-maps all you want, but they are the only ones with the real data so trust the Mouse on this one.”

Another user, u/onexbigxhebrew added, “It should. The two weeks after labor day are typically the slowest of the year.”

While present Park Guests are undoubtedly enjoying the lack of long waits, with Halloween and the holiday season coming up, this is unlikely to last. So it’s an excellent time to get your Disney Park visit in to get your fix of the Disney magic.

We at Disney Fanatic will keep you updated about this and all other Disney and Disney Parks news as it comes to light.