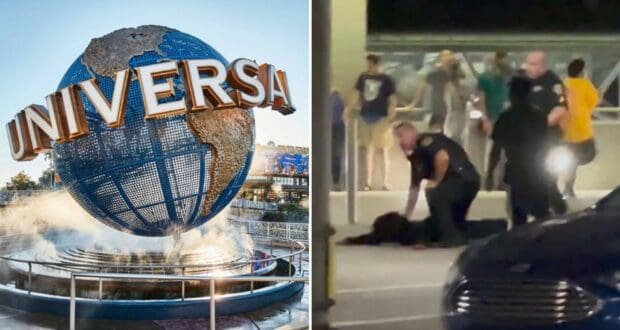 While we think of Magic Kingdom Park as being in the perfect “Disney Bubble,” a massive brawl broke out on Wednesday, July 20, 2022. Here’s the video again if you missed it:

RELATED: Has Poor Guest Behavior Increased Due to Media Coverage?

The fight took place in Fantasyland, with eyewitness reports revealing the encounter unfolded because of line jumping. With new updates of arrests and the fight hitting national news, it wasn’t a shining moment for Disney fans, to say the least.

It was just days before the Magic Kingdom fight that an amusement park in California called Knott’s Berry Farm issued a new chaperone policy due to the large volume of fights unfolding in its Park. It sparked the question – should Disney follow Knott’s Berry Farm’s example to crack down on fights?

It looks like Walt Disney World’s neighboring competitor, Universal Orlando Resort, isn’t in the clear from bad Guest behavior, as a recent video captures a fight on July 23, 2022, just days after the Magic Kingdom fight.

It looks like the fight occurred in the Jurassic Park Parking Garage at Universal Orlando Resort which is at the entrance and exit of Universal CityWalk (similar to the Disney Springs venue).

The video is shaky as people run in confusion, and screaming is heard. Thankfully, police officers are quick to arrive.

@DisneyDirect2U took to social media on Saturday, July 23, noting, “Chaos and fighting break out in the #universalstudiosorlando parking lot tonight. 2 arrested and beaten with batons.”

Further details on why the Universal Orlando fight began or how many arrests occurred are still unknown.

We will say we are extremely impressed with how quickly Universal security and the Orlando police department appeared just moments after the fight seemingly broke out.

We will be sure to share further updates as we learn of them. In the meantime, we are hoping this theme park fighting becomes a thing of the past and people can appreciate the family-friendly focus of the Parks.