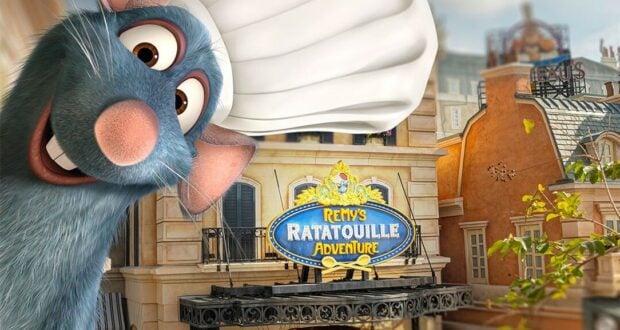 Virtual queues have been used in recent years at Disney theme parks around the world to manage popular attractions drawing long wait times. The queues allow Guests to virtually enter the line through an app, but only physically arrive at the attraction when their wait time is nearly up. Disney just announced that one attraction that has so far only operated using a virtual queue since its opening will be dropping its virtual queue. The Disney Parks Blog just shared the news that beginning January 10, 2022, Remy’s Ratatouille Adventure will drop its virtual queue and move the line system to standby only. For Guests opting into Disney Genie+ and Lightning Lane, those enhancements will continue to be offered for an added fee.

Remy’s Ratatouille Adventure has been very popular with Guests, typically resulting in those interested in riding needing to secure boarding groups for the virtual queue early in the morning if they are planning to ride during their visit to EPCOT. Remy’s Ratatouille Adventure is a trackless dark ride that originally opened in Disneyland Paris in 2014 with this version of the attraction debuting in EPCOT on the 50th anniversary of the Walt Disney World Resort on October 1, 2021. Guests riding the attraction join Remy’s world as he experiences it in the 2007 Disney and Pixar animated film, seeing everything from the iconic French restaurant to a rush of scenes through the kitchen all from his perspective. Virtual queues have proven helpful in the past when a new attraction opens, as they do help to manage long wait times for Guests in the park. At the same time however, they are somewhat controversial among fans, with some Guests preferring to have the option to wait in line if they are unable to secure a boarding pass for a virtual queue.

With the virtual queue at Remy’s Ratatouille Adventure in EPCOT’s France pavilion being paused, there are currently no attractions at the Walt Disney World Resort operating with a virtual queue. We suspect this may change however when the new Guardians of the Galaxy: Cosmic Rewind and TRON Light Cycle Power Run attractions at EPCOT and the Magic Kingdom respectively, and we will keep you updated here on Disney Fanatic as learn more about upcoming new or paused virtual queues at Disney Parks.