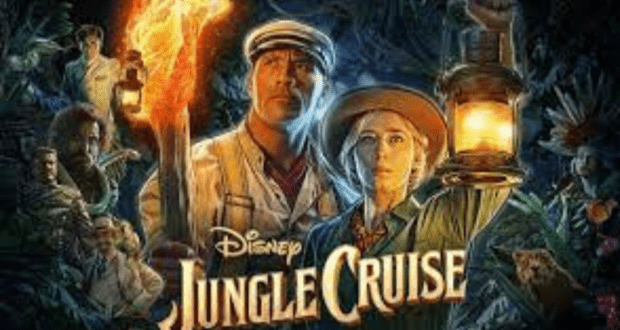 Cruise Into Wild Adventure With ‘Jungle Cruise’ for This Weekend

Going on a cruise is a great way to take in all those seldom seen sights, explore new worlds, and embark on an exciting adventure that’s beyond compare. This is especially true when you’re on an excursion being led by a zany skipper through the treacherous unknown wilds of a jungle. Like they say, you win some and you lose some.

But when you make this weekend’s family movie night pick one that balances out fun puns and peril accordingly with a crazy cruise excursion like no other, it’s definitely a win. And the best part is you don’t even have to leave your living room. Just gather together all the crew members in your party and set sail via Disney+ streaming services to watch the blockbuster hit Jungle Cruise from 2021. 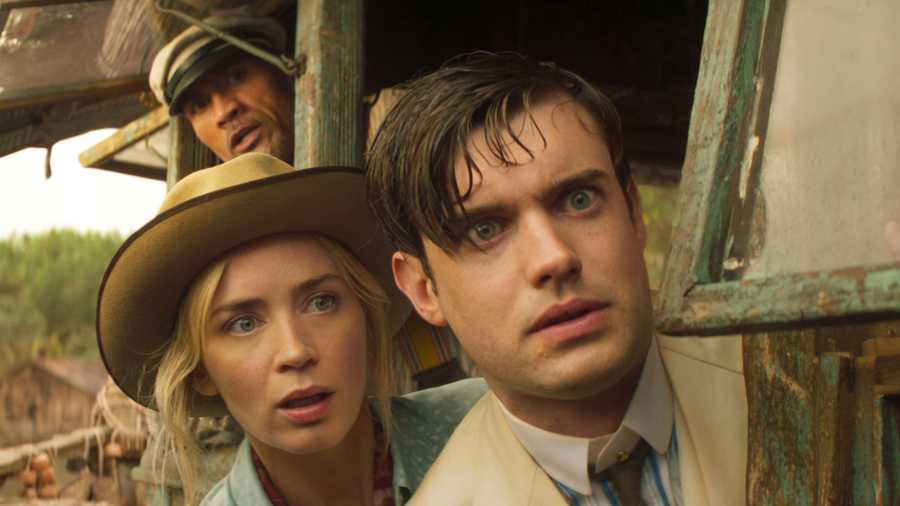 Set in the year 1916, an ambitious female doctor of botany named Lily Houghton longs to uncover a rare, largely unknown plant petal that is said to have the power to heal any and all known infirmities in the world. The only setback is that the petal she seeks grows from the fabled Tree of Life, which according to legend, is hidden deep within the wilds of the Amazon Jungle.

Being no stranger to taking on bold adventures here and there, Lily and her brother MacGregor set off on the ultimate journey bound for South America. Since the course they must take is set along the Amazon River, they find need of hiring out a skipper with a boat who would be willing to take them exactly where they need to go. Lucky for them, they come across Frank Wolff. To say that he is a real character would be an understatement, as he is prone to being both a wisecracker and temperamental at times. 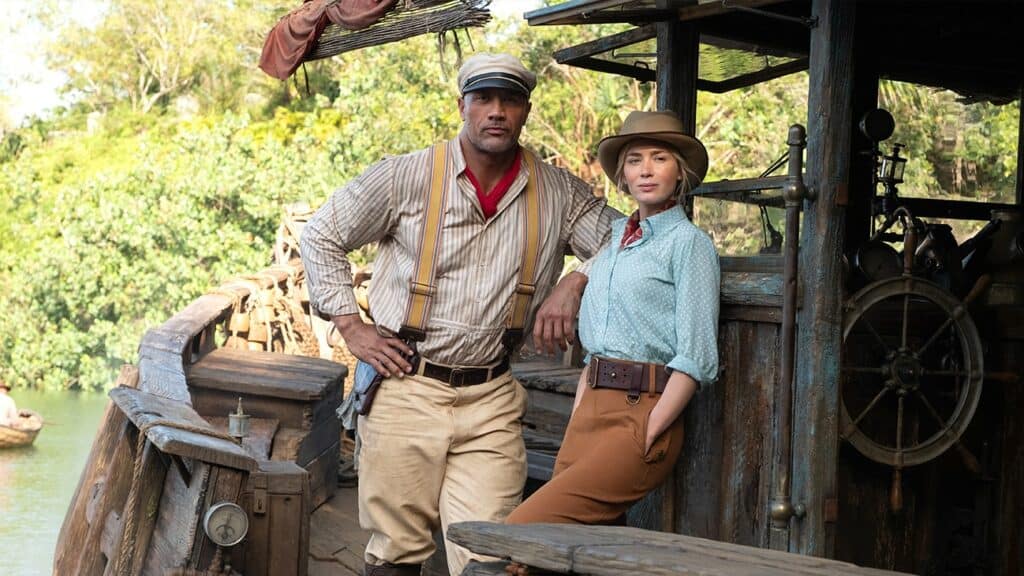 But the jungle is known to house many secrets. And what starts off as a simple boat ride in pursuit of an elusive flower petal quickly evolves into something much more harrowing. From a meddlesome prince set on foiling their plans to longstanding curses in connection to conquistadors, the trio soon finds that the adventure awaiting them can hardly be called smooth sailing.

Related: Jungle Cruise Review: A Wonderful Journey Through the Amazon

Jungle Cruise succeeds in capturing all of those same wonderful throwback feelings we get when watching the great action films of earlier decades. By revisiting the trend, the film brings back a beloved once-dormant tradition for younger generations to discover while also giving older viewers something new to take delight in.

And because this is a Disney movie, after all, parents can rest assured knowing that none of the content showcased in the film will ever exceed the standards of what is suitable for younger viewers. While there are a couple of graphic scenes, innuendoes, battle sequences, and some intense moments, blood, gore, and violence are all kept at a workable minimum that neither detracts from the epic excitement nor disqualifies the film from being a nonstop, attention-snagging adventure. 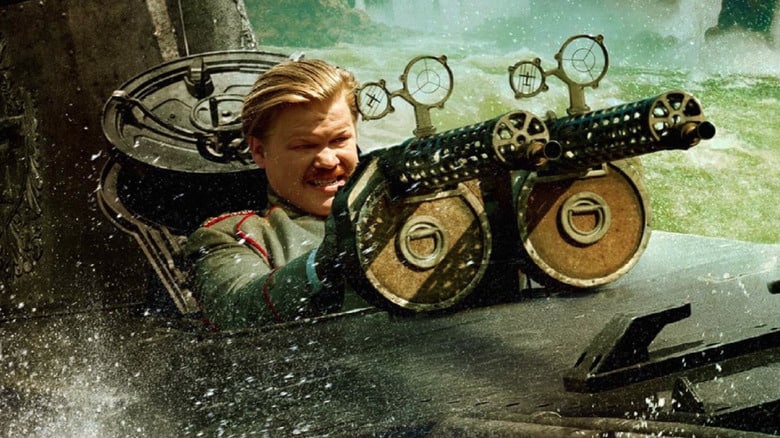 Something that often gets overlooked in great film presentations is the onscreen chemistry at work between the different characters. Made possible by the strong deliverance of the actors and actresses tasked with bringing life, spirit, and very real emotions to their portrayals, there is a lot to be said about the interplay of all the various characters featured in this film.

At the forefront of all the tension, we have Frank Wolff and Dr. Lily Houghton taking the lead. As the dynamics of their set roles and relationship with each other are constantly evolving throughout the film, so are their very firmly based receptions to one another. Despite being a fictional film, these characters are personified in such a way that they are almost real. We get to feel what they feel, develop as they do, and shift focuses and perspectives without being thrown by any sudden character deviations from what is already established as a personality trait. 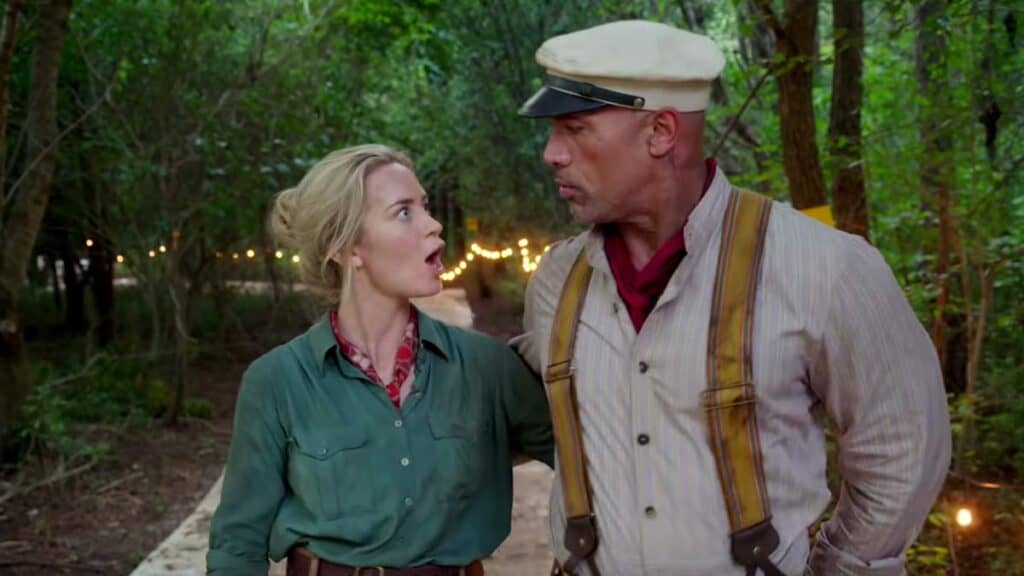 Even with the other characters portrayed in this film, we never see any contradictions of already established precedents that were made clear from the very start. The filmmakers did an excellent job of really getting to the heart of who these people are and sticking to the plan without any faltering. On a side note, you can even go back knowing all the unsuspecting spoilers beforehand and see that the evidence for all the above reveals was already set in the minds of those acting out the roles—a very subtle foreshadowing without really foreshadowing. 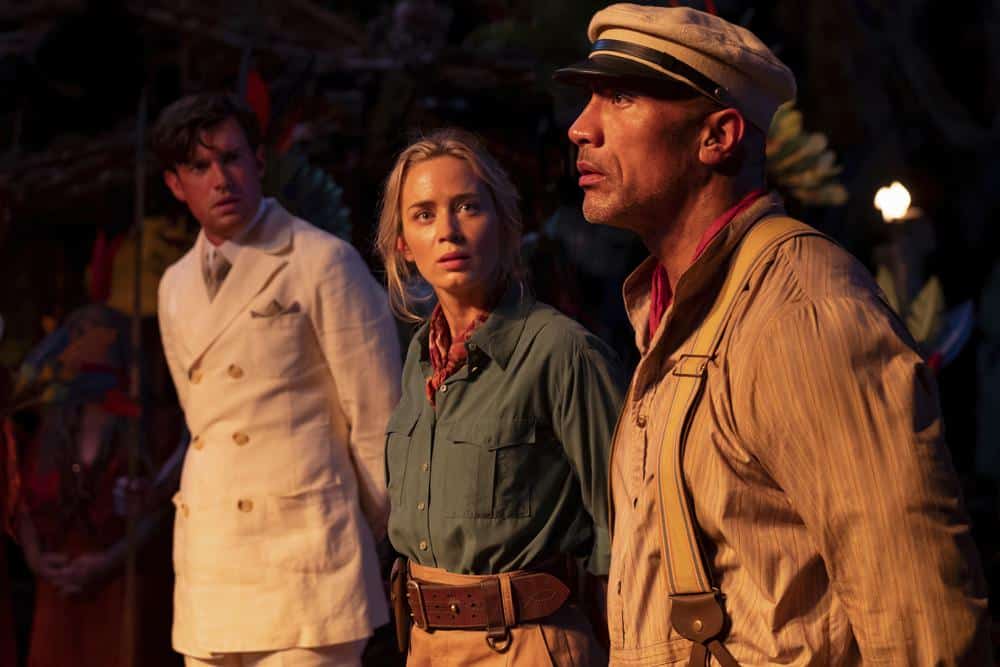 To go along with an epic movie, Jungle Cruise also provides us with a lot of epic key players, many of whom have already established themselves as Disney greats in previous works. First, you have Dwayne Johnson, following up the previous mayhem he brought to the screen in the 2016 movie Moana with a lot of continued mischief-making paired with practical joking in his role as Frank Wolff. Then there’s actress Emily Blunt, who has made a name for herself in various Disney productions throughout the years and most notably even took on the title role in Mary Poppins Returns in 2018. And while we can’t say her character of Dr. Lily Houghton is anywhere near practically perfect (especially given her bold approach to life and not fitting in with society’s norms of the day) her acting is top-notch. 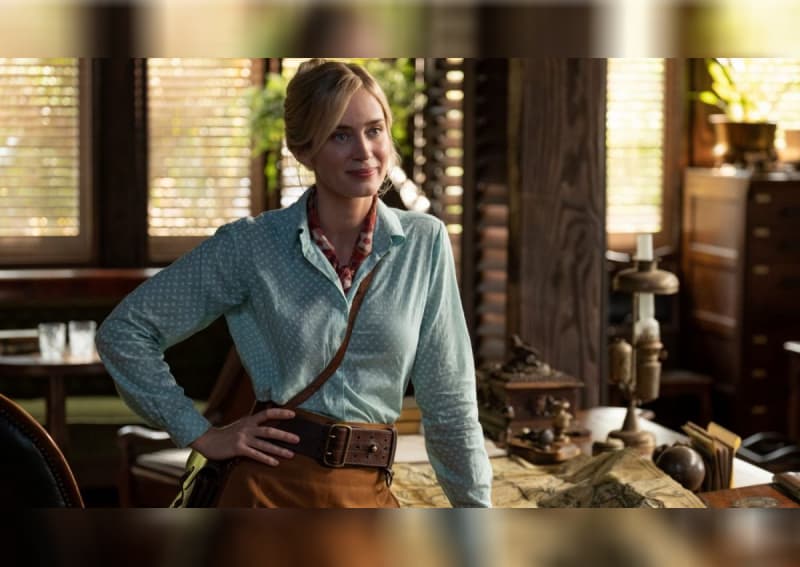 Other actors and actresses to appear in this film include Edgar Ramirez, Frozen actor Jack Whitehall, Jesse Plemons, Veronica Falcon, and Paul Giamatti. 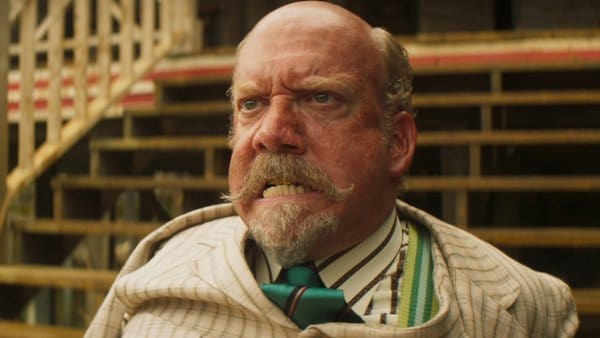 Countless Callouts to the Beloved Ride

The Jungle Cruise movie is an entirely new entity that can be easily enjoyed independently of the Disney Parks attraction that it was apparently based on. Just the same, diehard fans of the ride will have an especially extra treat when watching this presentation, especially when taking note of the many different references to people, places, and situations interwoven throughout.

The film plays an especially humorous homage to all the classic jokes that any seasoned rider of the attraction has come to expect from their good-humored skippers. That being said, watching Frank as he leads his overly serious humor-deficient group of tourists at the start of the film is a fun-loving way to begin the adventure and really sets the mood for what you can expect throughout.

Disney’s Jungle Cruise makes for the perfect river-based “streaming” pick on Disney+ to enjoy alongside friends and family this weekend. While the pun is totally intended, so is the adventure you can expect to have when watching this new Disney classic in the making.