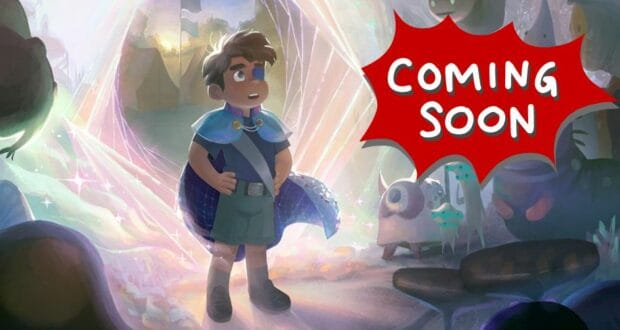 As usual, Disney’s most recent D23 Expo has been rife with exciting news for Disney Fanatics like ourselves. The D23 Expo has been particularly chock-full of news about upcoming Disney movies tonight, including several new trailers and posters for movies like Disenchanted, Mufasa, Peter Pan & Wendy, and The Little Mermaid (not to mention Inside Out 2)!

Now, a brand-new and entirely-unexpected movie has been revealed: Disney and Pixar are at it again with a new animated movie on the horizon! This new animated film will be called Elio (apparently Disney is back to giving movies one-word titles, which is reminiscent of the Tangled and Brave era) and it will focus on a boy who is indeed named Elio.

According to the big reveal from Disney, Elio is “a boy who finds himself transported across the galaxy & mistaken for the intergalactic Ambassador for planet Earth.”

Meet Elio: A boy who finds himself transported across the galaxy & mistaken for the intergalactic Ambassador for planet Earth. 😮 (1/2) #D23Expo pic.twitter.com/XlLmLZ7RP0

Elio stars the Sisterhood of the Traveling Pants actress America Ferrera as a character named Olga Solis and Yonas Kibreab as the protagonist himself (Elio). Adrian Molina is the director, and Mary Alice Drumm is the producer of the movie.

America Ferrera showed up at the D23 Expo in Anaheim to help announce the movie; take a look at America Ferrera making the announcement and speaking about the film in the Tweet shown below!

In Pixar’s just announced upcoming film “Elio”, a simple kid, Elio, is the first human to make contact with Aliens. His mom will be voiced by @AmericaFerrera – and she’s here! #D23Expo pic.twitter.com/shds3JHAYH

With the announcement of Elio, the success of recent animated movies like Soul and Luca, and the upcoming movie Strange World, it seems like Disney is focusing on a series of old-school animated adventure romps for its latest movies!

Of course, there is also plenty of live-action content coming down the pipeline for anyone who prefers movies that are not animated — starting with all of the live-action remakes that we’ve seen so much of tonight!