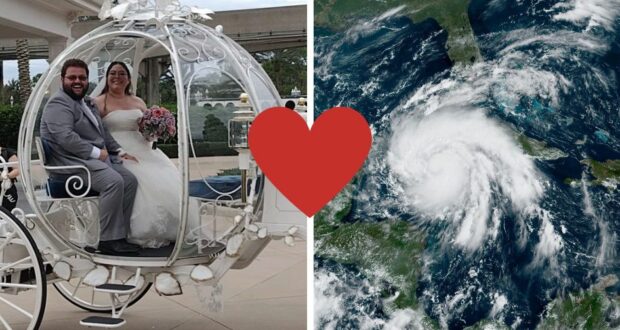 Hurricane Ian created dangers and challenges for many Florida residents in the past week, with the hurricane leading to flooding and ride damage in Walt Disney World Resort, Orlando International Airport closures, and shelter-in-place situations for Disney Resort Guests (who were treated to some classic Disney character company during the stressful time). However, some stormy weather was apparently not enough to stop one Disney Fairy Tale Wedding from happening!

Even though the hurricane was closing in, an engaged couple had their planned Disney Fairy Tale Wedding (complete with the Cinderella coach and the entire fairy tale horse-and-carriage setup) regardless of the weather warnings. 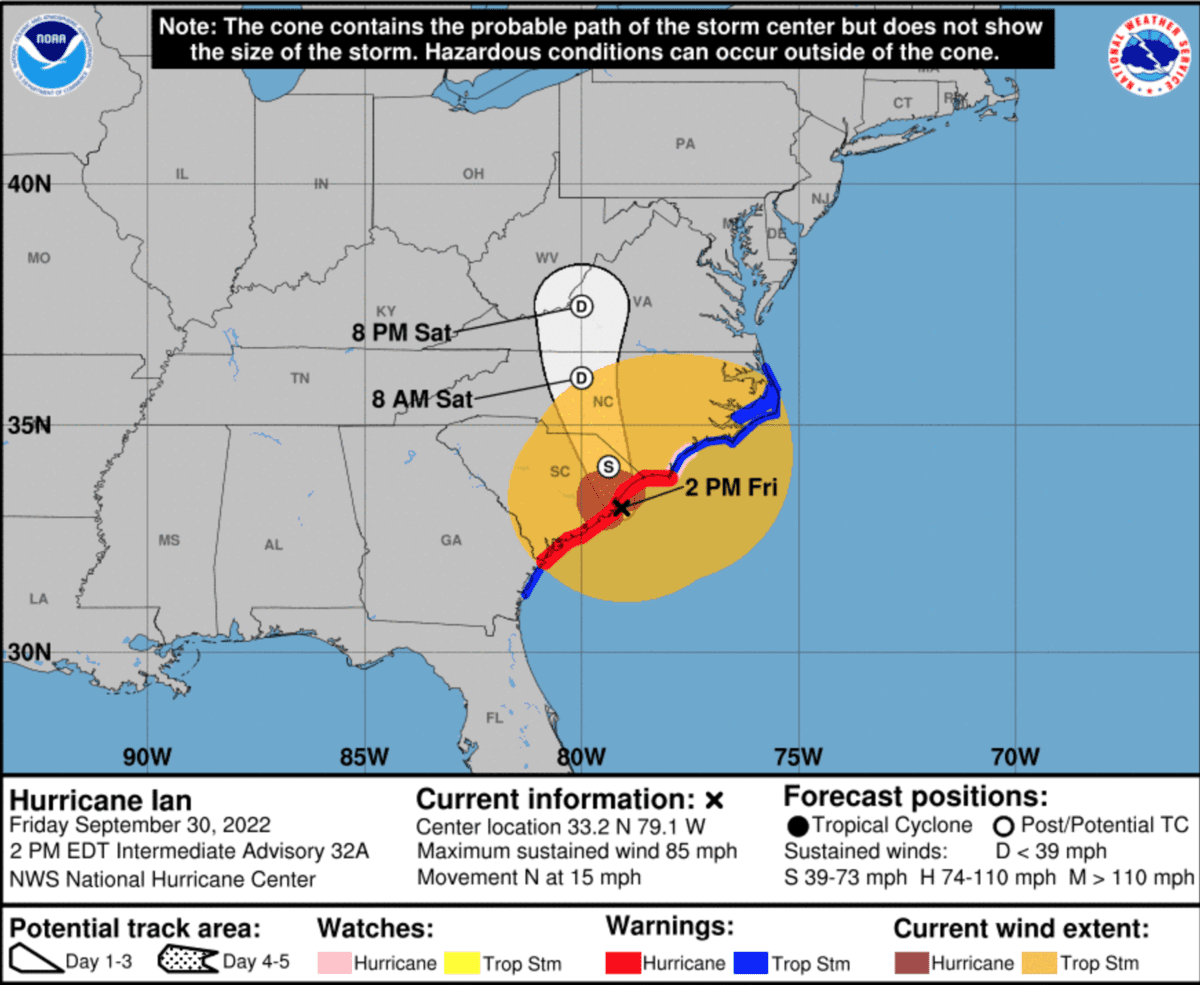 Disney weddings happen often, since they are cheaper than many Disney Fanatics expect them to be, come with plenty of easy package options for overwhelmed brides and grooms, and since Walt Disney World Resort and Disneyland Resort are chock-full of beautiful wedding or vow renewal venues. However, this couple’s Disney wedding will certainly stand out since the storm clouds were gathering in the sky above them and Hurricane Ian was an imminent concern!

The happy couple shared a photo of their Disney Fairy Tale Wedding on Twitter, making it clear that they had a very special wedding day. If the couple’s big smiles in the photo shown below weren’t enough evidence, the duo also wrote that they “played “we don’t talk about bruno” and sang [their] hurricane hearts out” during their wedding! 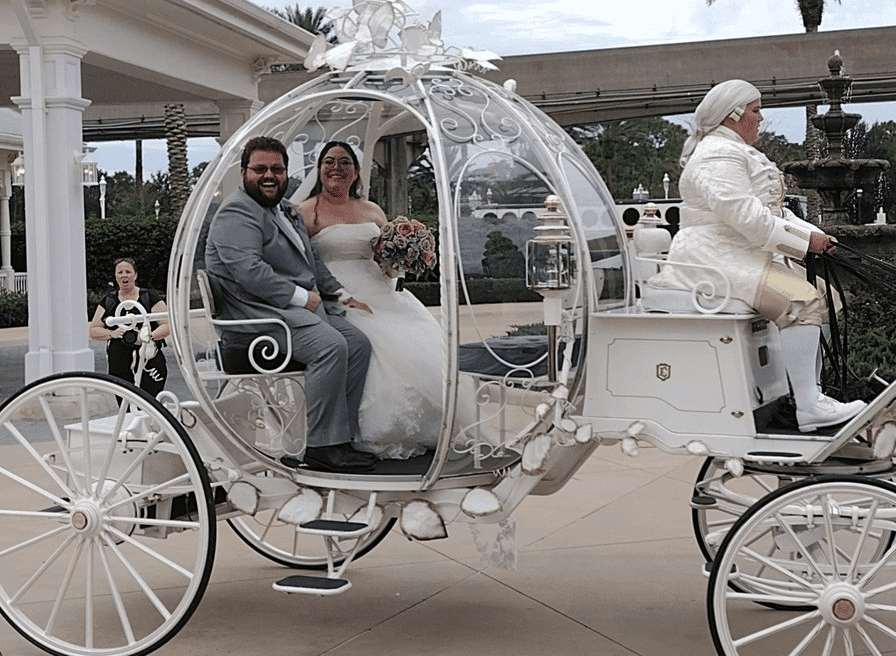 Clearly, this couple has become addicted to the Encanto soundtrack just like many other Disney Fanatics have — and clearly, they also embraced the weather concerns wholeheartedly on their wedding day, and chose to approach the potentially-stressful situation with optimism and Disney magic!

“It was a beautiful wedding for a beautiful couple! We were glad to be part! Reception was equally beautiful,” one of the couple’s wedding guests wrote on Twitter, sharing the image below. 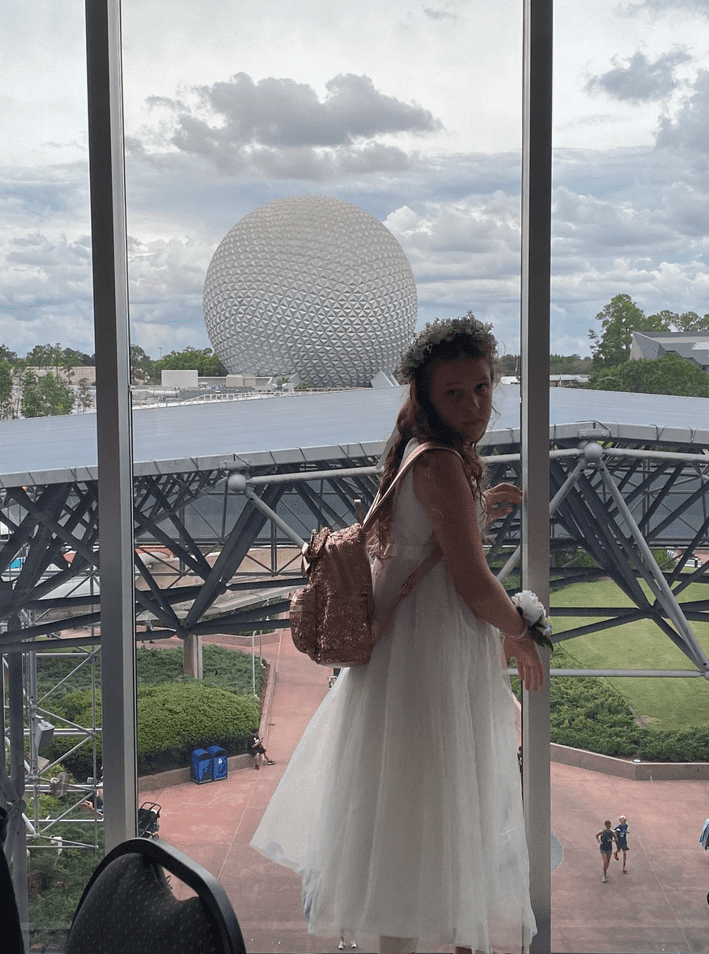 Would you carry on with your Disney Fairy Tale Wedding during a hurricane, or would you postpone your special day with your significant other?
Disney Fairy Tale Wedding disney princess wedding Disney wedding Disney Weddings Hurricane Ian 2022-10-01
Sharon
Previous: Fans Liken Disney to a Pimp In Strangely Popular Analogy
Next: Guests Drink Water Directly From Disney Ride