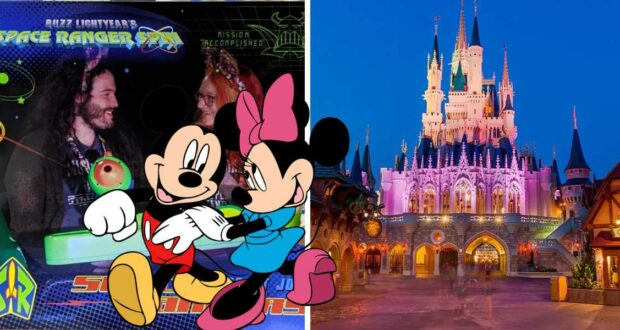 Disney Fan Pops the Question While On Disney World Ride

Going to a Disney Park is an incredibly memorable experience, and one fan chose to make it more so by proposing to her boyfriend while on a ride at Disney World.

The Walt Disney World Resort is renowned for being the “Most Magical Place on Earth.” The Disney Resort and its four Theme Parks are some of the best places in the world for a Disney vacation. Fans love celebrating significant milestones or important life events at any Theme Park at Walt Disney World.

From celebrating honeymoons to having weddings (including Florida governor Ron DeSantis) or even popping the question at the Parks, many Guests love to use the visit to make their magical moment even more special.

When it comes to proposals, Guests choose a variety of spots for their special moment, and while often that choice looks like in front of Cinderella Castle or on Main Street U.S.A., sometimes, Guests also choose to pop the question on a ride.

This Guest chose to pop the question during Buzz Lightyear’s Space Ranger Spin, a popular attraction at the Magic Kingdom. This specific ride is a part-dark and part game, where Guests are pitted against each other as they try to get a better score.

Commenters shared their congratulations with the poster and even joked about how the proposal was a distraction so the OP could win the game (she mentioned that despite this, her now fiancé “creamed her” and got 300K more points than she did).

Here’s what Disney has to say about this ride,

Board your XP-37 star cruiser and voyage deep into the Gamma Quadrant, where you’ll take aim at the glowing “Z” targets with your infrared laser cannon. Use your cruiser’s joystick to spin a full 360 degrees, so you can blast all the targets in sight.

Do you have what it takes to stop Zurg and his rampaging robot army before it’s too late? The fate of the universe is in your hands! 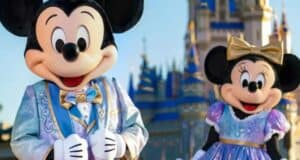