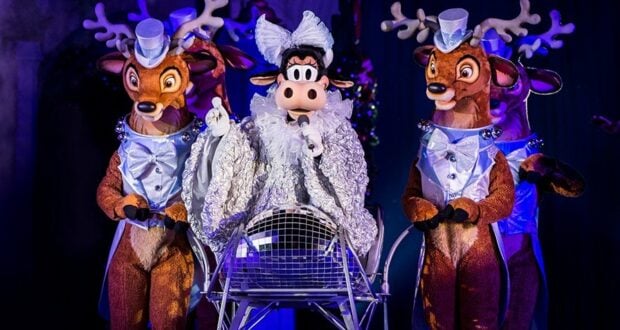 Disney Has A New Stage Show For The Holidays

Are you planning on spending the holidays with Disney? Then look no further for your holiday itinerary–because Disney World has just announced a new holiday stage show for Disney’s Very Merriest After Hours! The show is going to be called “Mickey and Minnie’s Very Merry Memories”; according to journalist Ashley Carter (who shared the news in the following Tweets below), and “the show will feature nods to classic Magic Kingdom holiday shows, including “Celebrate the Season” and “Mickey’s Most Merriest Celebration”. 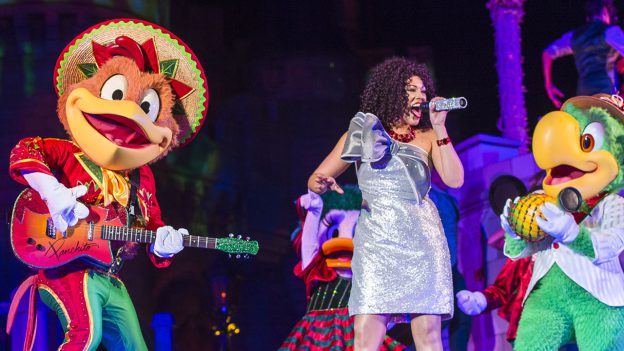 According to the Disney Parks Blog, “Guests attending Disney Very Merriest After Hours, a separately ticketed event at Magic Kingdom Park taking place on 24 select nights” which are November 8th through December 21st “are invited to join Mickey and his pals for a celebration filled with music, dancing and nostalgic yuletide fun”. The show will be performed “on the Cinderella Castle Forecourt Stage”, and it will reference “Mickey’s Twas the Night Before Christmas” in addition to “Celebrate the Season” and “Mickey’s Most Merriest Celebration.”

As an additional holiday bonus, Disney Very Merriest After Hours attendees can also “expect lower wait times for favorite attractions”! There will also be special holiday offerings and themes at the Monsters, Inc. Laugh Floor “exclusively during the event”, and the Jungle Cruise will become the “Jingle Cruise” throughout the holiday season for all Disney and Magic Kingdom Guests. Other special and festive treats for Disney Guests will include “Mickey’s Once Upon a Christmastime Parade” down Main Street, U.S.A., “Minnie’s Wonderful Christmastime Fireworks,”, a special night of dancing at Club Tinsel on the Rockettower Plaza Stage within Tomorrowland, and country-style entertainment courtesy of the Reindeer Wranglers in Frontierland! 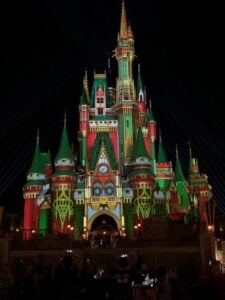 If you’re planning on visiting the Magic Kingdom Park without signing up for this special After Hours event, you can still enjoy some holiday bonuses! According to the Disney blog post, “on evenings when Disney Very Merriest After Hours is not being held, Cinderella Castle takes on a festive appearance with special projection effects, providing a colorful backdrop for our Guests’ photos. Throughout the evening, bursts of holiday magic will transform Cinderella Castle with a rotating series of designs, followed by a stunning transition in which the iconic Magic Kingdom Park landmark will shine as a Beacon of Magic, illuminating the night with an EARidescent glow”. You’ll be able to get one-of-a kind holiday photos that serve as a reminder not only of the holiday celebrations, but also of Disney World’s big 50th anniversary!

The holiday celebration at Disney World will also include:

Are you headed to Disney World for the holidays? Or are you heading there a bit earlier for some special 50th anniversary experiences?