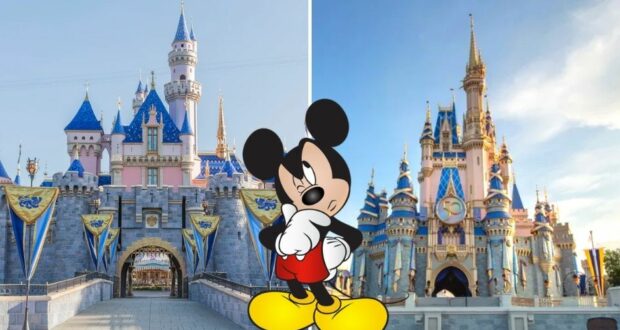 What Could It Be? Disney Teases Mysterious “Special Livestream”

Disney has had some major news reports in recent days… and now they’ve dropped a social media post that has us all left wondering!

Recently, Disney’s biggest news was the announcement that masks are no longer required on Disney transportation including the Monorail and Buses after a law enforced mask removal from airline and public transportation.

Not only is Disney completely mask-free, but character hugs, high-fives, and autographs are finally back after being away for two years due to the COVID pandemic.

And now, Disney added a dose of curiosity to an already full news day with the teasing post that alludes to a mysterious “special livestream.”

On April 19, Disney Parks took to Twitter to announce, “Tune in at 8:30 pm PT / 11:30 pm ET tomorrow (April 20) to @DisneyParks on TikTok, YouTube, Facebook, and Twitter for a special livestream that you won’t want to miss!”

So, of course, what do we do… we begin to speculate!

The first thing to point out is the time. With the time of the special livestream taking place at 8:30 PT and almost midnight ET, we suspect the news is about Disneyland Resort and not Walt Disney World Resort, but of course, this is speculation.

We’ve already seen a sneak peek video at Main Street Electrical Parade, but we’re curious if this live stream special event could be the full parade preview before it officially returns on April 22?

Disneyland’s Fantasmic! is scheduled to return on May 28, 2022 for Disneyland Resort. Walt Disney World Resort has announced “2022” but no further date details as of yet.

Or maybe we are completely off! Some comments to the mysterious tweet mentioned maybe Disney is finally ready to announce the opening date of TRON Lightcycle Run at Walt Disney World’s Magic Kingdom.

I guess we won’t officially know until tonight as we tune in at 8:30 pm PT / 11:30 pm ET for the mysterious “Special Livestream Event” to be revealed!