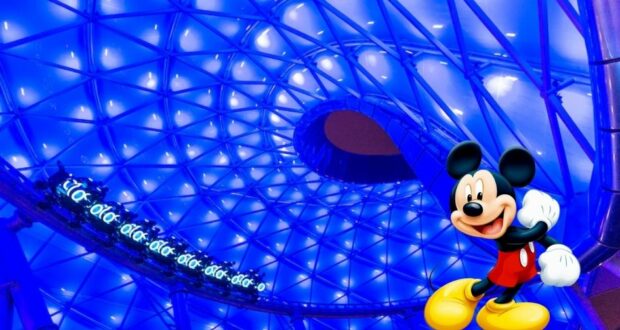 The TRON Coaster was first announced at the D23 Expo in July 2017 as Disney wowed Theme Park fans that the Tomorrowland portion of Magic Kingdom Park would soon call the TRON coaster home.

While Disney had hoped to have the attraction open to welcome Guests for Walt Disney World’s 50th Anniversary on October 1, 2021, the roller coaster has continued to be a construction site since the land clearing began in February 2018.

@Attractions took to social media to share a brief but exciting clip from DisQuick Sounds of one of TRON Lightcylce’s trains on the move. Check out the video below:

The video is being taken while on the Tomorrowland Transit Authority PeopleMover which has been a great place to watch the growth and development of the attraction.

While we don’t know if this means the roller coaster is preparing to open this year along with Guardians of the Galaxy: Cosmic Rewind at EPCOT, or if Disney is going to hold off until 2023, we do know we simply can’t wait to experience “the grid” with this highly-immersive attraction.

PLUS – we must mention how eager Disney fans are to see the return of the Walt Disney Railroad at Magic Kingdom as the attraction closed in 2018 to remove and reconfigure the train tracks as the TRON coaster construction began.

Can’t stand the wait any longer? Magic Kingdom’s TRON is said to be similar to Shanghai Disneyland’s TRON coaster which opened in June 2016. Check out the full ride video below to see what you might suspect to experience soon enough at Disney’s Magic Kingdom:

We’ll be sure to keep you posted as TRON Lightcycle construction presses forward at Walt Disney World Resort.