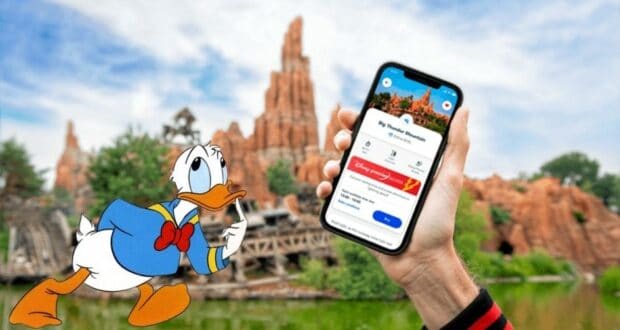 It appears as though Disney Genie+ and the a la carte Lightning Lanes are here to stay as the upcharge service to skip the line has replaced the former complimentary FastPass service. But, one Disney Park is introducing a “Disney Premier Access Ultimate” pass to pay one set fee to skip multiple attraction lines.

At Walt Disney World Resort, Guests make the decision first, do they want to purchase Disney Genie+ for $15 per person, per day? Guests then select from a list of rides much like the former FastPass, but Disney admits don’t expect to get more than 2 or 3 attractions per day out of Disney Genie+. Disney has even recently discouraged Guests from purchasing Genie+.

Then there are the individual Lightning Lane attractions that Guests can pay a la carte for. The pricing ranges based on the crowds in the Disney Parks. Typically, you can expect to pay around $13 per person for an attraction such as Star Wars: Rise of the Resistance at Disney’s Hollywood Studios.

The system isn’t perfect and by the end of the day, Guests are having to make a decision on how much money is it worth to skip the normal standby line on top of the already expensive Park ticket.

Now, Disneyland Paris has announced they are introducing a new “Disney Premier Access Ultimate” pass. This pass allows Guests to enjoy 12 attractions one time each with expedited access for a set fee of 90 euros which is equal to roughly $96 United States dollars.

@DLPReport announced, “Breaking: This summer, Disneyland Paris will introduce “Disney Premier Access Ultimate”, a pack of one-time expedited access to each of the 12 attractions available on the DPA system, starting at €90/day (prices based on attendance). Can be purchased in advance or on the day.”

Have you ever been to Walt Disney World’s theme park competitor down the road, Universal Orlando Resort? Universal doesn’t do the whole Disney Genie+ but instead offers a one-time fee for Guests looking to jump the line. The fee, depending on which pass you select, ranges from $80 to $110 per person per day.

It seems like this “Disney Premier Access Ultimate” coming to Disneyland Paris is very similar to Universal’s one fee to pay to skip the line which many seem to prefer as it’s one set fee rather than thinking about money and worth per attraction.

Would you prefer to pay one set fee to ride 12 attractions instead of the Disney Genie+ and Lightning Lane headache? We’re curious to see how this new system will work at Disneyland Paris and if Walt Disney World and Disneyland Resort will follow suit.