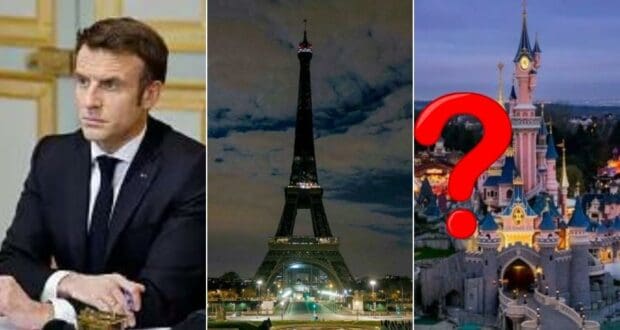 Paris, The City of Lights, went dark last night, signally what could be an extended energy crisis as the whole of Europe begins its descent into another Winter. An extinguished Eiffel Tower and a darkened glass pyramid of the Louvre stand as somber symbols of France’s effort to curb its current reliance on Russian gas despite its, and the entire European Union’s, current inability to gain energy independence.

“The measures come in response to French President Emmanuel Macron’s call for “energy sobriety.” The government has asked municipalities, households and companies to reduce their energy consumption by 10% over two years to counter Russia’s decision to cut the flow of natural gas to Europe…

“…France unveiled its 50-page plan to save energy during a news conference this week that featured nine government ministers and lasted more than three hours. The government is a major energy consumer in France, and measures included cutting off hot water in public building bathrooms and capping heating at 64 degrees in all public buildings, including courthouses and publicly run museums.”

“Sobriety isn’t to stop living, working, and receiving tourists. Sobriety is making the savings that make the most sense in terms of energy consumption,” Mr. Macron’s energy minister, Agnès Pannier-Runacher, told television news channel BFM. She also added, though, that simply turning off lights “is probably not the biggest source of energy savings.” The French government has also called upon its people to reduce their energy consumption by limiting or altering the use of electrical home appliances like washing machines and taking shorter showers.

Measures are already being taken independently across the Western European state, including Nice, which is looking to decrease its energy consumption this winter by 10%. However, there are no mandatory power cuts announced at the moment.

While government officials try to spread a “Keep Calm, Carry On” mentality, there is little doubt that this shortage of energy will have an effect on winter tourism–specifically Disneyland Paris Resort. 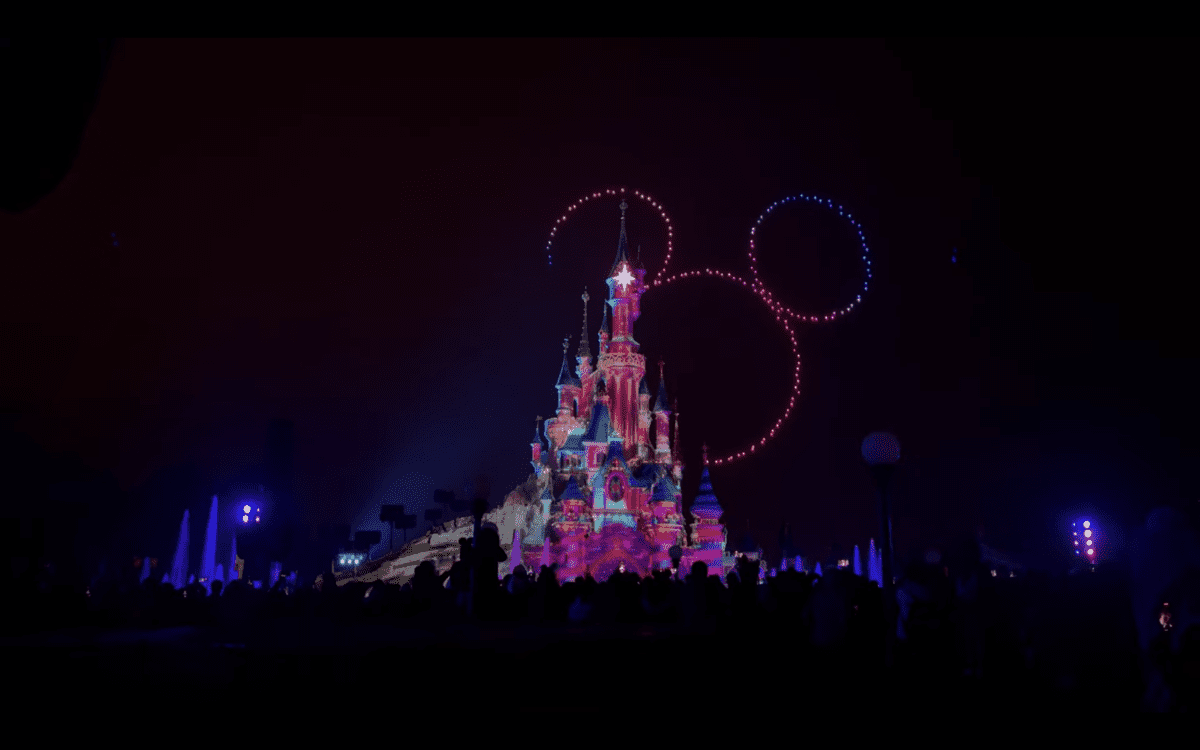 At the time of this article’s publication, the Disneyland Paris Resort has not yet released a direct statement regarding President Macron’s sobering initiatives. This annual quarter is expected to be not only filled with extra nighttime events like the Disney Halloween Festival and Disney Enchanted Christmas but also the additional operation of the latest Marvel-Themed Avengers Campus and the continued construction of Walt Disney Studio Park’s multi-land expansion. So it is uncertain at this time if or how these plans will be affected by the looming power shortage.

However, Disney’s European Resort has already had an energy-saving initiative in effect for some time.

In line with The Walt Disney Company’s “Planet Possible” initiative, Disneyland Paris maintains a commitment to reducing energy consumption, enforcing or suggesting policies to make their impact feel as small as possible. For nearly a century, Disney has found inspiration in the wonders of the world we share and has taken action to support a healthier planet for people and wildlife around the globe. ​

At Disneyland Paris, we have always believed in finding practical, realistic, and effective solutions to the major challenges we face while working to limit our environmental impact.

The company, Cast Members and guests: we all have a role to play! Every simple action can create a world in balance.  ​

Some of the published ways the Resort works to save energy in Parc Disneyland, Walt Disney Studios Park, Disney Village, and its Resort Hotels include turning off the lights of Park Icons, like Sleeping Beauty Castle, when the Theme Parks are closed, lowering the heat of unoccupied backstage areas on the weekends and at night, adjusting the heat of all Guest areas, and keeping all doors for restaurants and shops closed when heating is used.

Disneyland Paris also shares ways its Guests can take the initiative to help their cause. By making a conscious effort during their stay to adopt certain habits like keeping curtains closed for better room insulation, only charging cell phones and other electronics when “necessary,” and opting to use natural light over unnecessary electric lighting. The thermostat of the Hotel Rooms is restricted to an adjustable range of only between 20 and 26°C (68-78.8 degrees Fahrenheit). 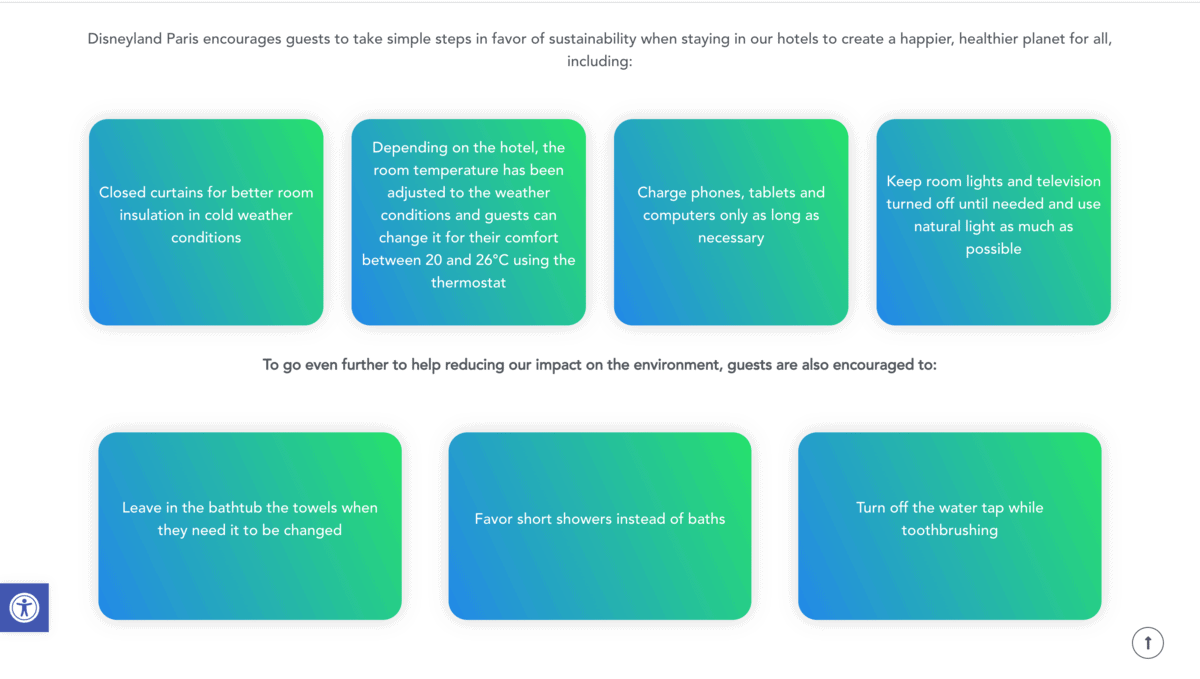 We at Disney Fanatic have also recently reported on Disneyland Paris Resort’s efforts to cover its entire parking lot with solar panels. However, the average amount of daily collectible sunshine is about to reach its lowest point all year as Coupvray, France braces for the annual period with not just the earliest sunsets but also with some of the highest average levels of precipitation and cloud coverage, according to weatherspark.com.

Disneyland Paris Resort can be a magical winter destination, especially due to the fact it remains Disney Fanatics’ best chance to experience a Disneyland Day in real snow.

We at Disney Fanatic will continue to monitor this situation and will update our readers as more developments come to light.