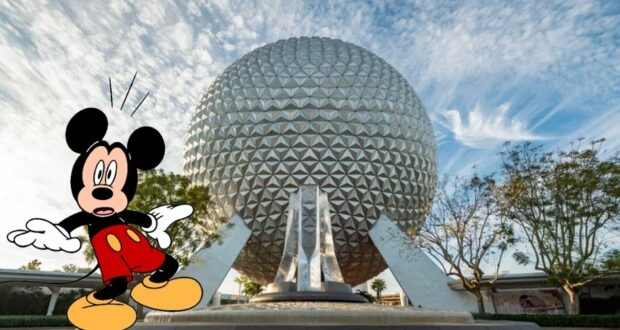 Coffee drinker? Sometimes there is nothing more important on a Disney Park day than a strong cup of coffee to help cruise through the day. Take note that EPCOT is closing Starbucks, but there is no need to panic just yet!

EPCOT is currently undergoing a massive overhaul as Walt Disney World Resort works to create a four neighborhood approach to the beloved Park. With the announcement that Guardians of the Galaxy: Cosmic Rewind is opening Memorial Day Weekend, along with watching the construction progress for Journey of Water, Inspired by Moana – it’s an exciting time to visit EPCOT.

Guests can now experience the new flagship merchandise location, Creations Shop as well as get all the Coca-Cola sips one could dream of at the new Club Cool. But what does this have anything to do with COFFEE?

Also moving into this World Celebration neighborhood of EPCOT is Connections Café and Eatery. Disney has announced Connections Eatery is a quick-service restaurant that will offer Park Guests a chance to “Take your taste buds on a tour around the world with dishes inspired by Italian, French and Asian cuisines.” The new menu looks enticing!

While we’re excited to try some new bites, we’re also eager to check out Connections Café which will be EPCOT’s new Starbucks! Traveler’s Café (AKA the EPCOT Starbucks) is scheduled to close on April 18, 2022, with the last day of operating hours listed for April 17.

Here’s the hiccup, Disney has yet to announce an opening date for the new Connections Café and Eatery besides stating “this Spring”. Disney wouldn’t leave Park Guests without a beloved Starbucks option, right? We’re speculating that with Traveler’s Café closing on April 18, the new Starbucks location is preparing to open very soon.

If there is a gap and you’re missing your Starbucks coffee at EPCOT on April 18 and beyond, EPCOT has several Joffrey’s kiosks available throughout the Park for you to enjoy your caffeine fix!

We’ll be sure to share the official opening date of Connections Café and Eatery as soon as Disney makes the big announcement.