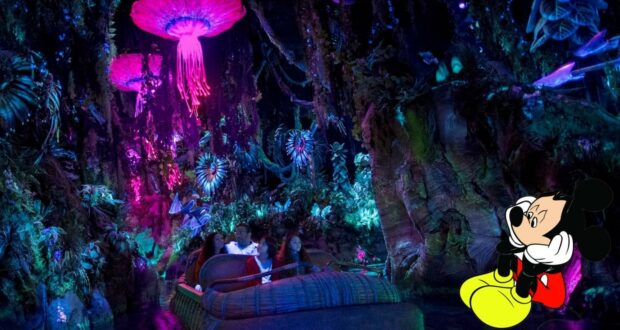 Fans Devastated Over State of Newest Land in Animal Kingdom

While many Guests feel Disney’s Animal Kingdom is the best Park at Walt Disney World, the state of the Theme Park’s newest land has fans devastated.

Guests know to expect a top-tier Disney experience when visiting the Walt Disney World Resort, whether they go to Magic Kingdom Park, EPCOT, Disney’s Hollywood Studios, or Animal Kingdom Park. But lately, Disney has been under fire for the state of disrepair of many rides and attractions at the Parks. Now, Guests are noting many issues with a ride in Pandora: The World of Avatar.

Pandora Question – Maintenance of Rides is not happening? from WaltDisneyWorld

The user noted issues with multiple aspects, starting with the “Na’vi River Journey attraction,” stating “several props in-ride [were] not working properly.” The user elaborated that most of the wood sprites “weren’t flying or were just turned off.” They also noticed plants in several parts of the ride didn’t have their bioluminescence effect.

They also elaborated on Avatar Flight of Passage,

“I went to [Flight] of Passage some solid 8-10 times this year alone and I never saw the big animatronic, before the link chambers, moving like it was alive. Today, it felt just like a big doll submerged in the water tank.” Finally the user commented on how “after dark, [they] noticed how several props and bioluminescence are not there or not as bright as [they] used to be.”

While this can be quite disheartening for most Disney fans, one user, u/onexbigxhebrewx explained, how the land was constructed knowing maintenance would be an active necessity.

“[From] what some CMs have said, the bioluminescance thing is pretty nomal depending on when you go. They basically repaint every few months as it fades quickly – so those on the back end of a cycle at any given time will get the short end of the stick.

Although it wouldn’t shock me to learn that they’re doing less frequent paintings.”

Pandora —The World of Avatar/Disney