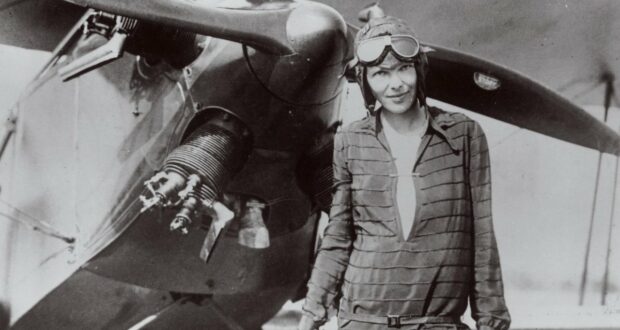 As we celebrate Women’s History Month, Disney+ is presenting a versatile collection of female fixings via their Celebrate Women’s History Month “Female Leads” Collection. From movies of all sorts of genres to acclaimed television series, there are plenty of girl-powered picks to choose from, whatever you want to watch in celebration of the occasion.

While we could all unwind with some entertaining works of fiction and fantasy, sometimes the best way to celebrate Women’s History is by keeping things real. And what better way than by exploring the real-life stories of bold and courageous women who have made an impact in one way or another? National Geographic has produced plenty of informative documentaries over the years that excel in both grabbing the viewer’s attention and keeping them amused and interested throughout.

What’s more, many of these biographical pieces center around real-life female leads—leading in what it is they are best known for. And some of these female-featured profiles, in particular, are included in the Disney+ collection. So which girl-powered National Geographic-produced documentaries do you want to watch this month? We have a couple of suggestions.

It takes a “wonder woman” to know one, or in this case several wonder women. Hosted by actress Gal Gadot, this six-episode docuseries from National Geographic originally aired back in 2021 as an exploration and insightful look into the extraordinary stories of six impactful women from all different walks of life. While each featured fem has a unique profile all her own, they all share the commonality of having made a powerful, positive mark on their communities and the lives of those they’ve inspired. Each episode is just under 15 minutes, running less than 80 minutes altogether, and includes the following episode tracks in order: 1) Ice Breakers, 2) Surf Sisters, 3) The Ripple Effect, 4) Coming Home, 5) Killer Red Fox, 6) Na Ponta Dos Pes.

When this 45-minute special premiered back in 2019, it challenged everything we thought we ever knew about Viking history, largely the assumption that only men were warriors. Presented by Ella Al-Shamahi this documentary incorporates newer, cutting-edge technology to more intricately explore formerly unearthed female remains, recently confirmed to be those of a Norse female fighter. From weapons found alongside this Jane Doe of long ago to the wounds she sustained as a result of her warrior ways, this is a fascinating film that does well in keeping the viewer’s attention so precisely all throughout.

National Geographic released this uniquely compiled biography piece by 1895 Films back in 2020. In both recognizing and paying tribute to famed British monarch, Queen Elizabeth II, this 45-minute collaboration incorporates never-before-heard interviews with those who have known the Queen personally along with archival footage from all throughout her life. It’s an informative, in-depth, and insightful exploration worth watching.

For fans of Jane Goodall, who is best known for her longtime work with chimpanzees and activism, there are two premium picks awaiting your documentary binge-watching pleasure. Both films, presented by National Geographic, run for an hour and a half duration, comparable to that of a feature-length film. And while they are in fact documentaries and not movies, the interest factor and all that gets presented will keep the eyes of any interested viewer glued to the screen the whole way through. The earlier of the two films, Jane: A Film By Brett Morgen first premiered back in 2017.  Jane Goodall: The New Hope is a newer work, originally released in 2020.

From monkeying around to playing with sharks, some women brave the wild with a courageous commitment that’s beyond impressive to their specific cause. Longtime shark researcher and underwater filmmaker Valerie Taylor certainly leads as a trailblazer (or should we say “ocean-blazer”?) in her field. With many years of diving deep and documenting underwater research, her explorations encompass a broad range of disciplines, all vital to enlightening the public about the largely misunderstood predators that so many flee from in fear, In addition to informative narrative, much of this hour and a half-long National Geographic special showcases stunning underwater archival footage taken from Taylor directly. The film was shown for the first time back in 2021.

Late iconic actress, Betty White, made no secret about her love for animals of all different kinds. And in this hour-long special, originally aired by National Geographic back in 2013, viewers get to follow along from home with Mrs. White as she visits zoos in Los Angeles and San Diego with a focus on big cats in particular. Done up in an amusing yet educational way all can appreciate, this is an excellent watch for both animal lovers and Betty White fans alike.

In this hour and a half-long documentary from 2019, we get a front-row seat as National Geographic’s famed Bob Ballard uncovers new clues into unlocking the mystery behind the disappearance of famed female pilot Amelia Earhart. From venturing to remote Pacific Island locations to combing the area she was believed to have gone down at, this suspenseful follow-along adventure is great for history mystery seekers.

1. Women of Impact: Changing the World

Nothing sums up the topic of impactful women more than this 45-minute National Geographic special from 2019. Presented as a multi-segmented profile look, viewers get to explore many versatile angles of the female experience as highlighted by women who change the world in many different ways. Included in the showcase are entertainers, leaders in health and science workers, activists, and more.

Related:  6 Stories to Inspire You in the Disney+ Celebrate Black Stories Collection

The story of womankind comes in many diverse formats.  All are worth celebrating, and these documentaries are excellent in uplifting and motivating the female experience and encouraging young, aspiring girls as they journey on the pathway to a wonderful womanhood awaiting them. And it goes without saying that Disney does an excellent job in celebrating all people and encouraging everyone to be the very best version of themselves.