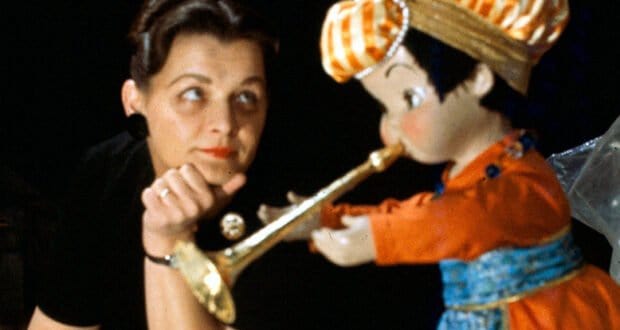 From even its earliest days, the Walt Disney Company has relied on the assistance of talented and innovative women, many of whom went on to play very vital roles throughout the company’s developmental history. From the trailblazing ladies of the Ink & Paint team who set new standards in animation via artistic attributes, to the creative designers and brilliant, innovative thinkers who were behind some of Disney’s most iconic attractions, the prevalence and importance of the several females working behind the scenes at Disney cannot be overlooked. So, in giving credit where it is rightfully due, we’re paying homage to seven such iconic females, who have filled crucial roles in the developmental history of the Walt Disney Company.

Related: Celebrate HER Story With New Food, Art, and Music This Month at Walt Disney World

Best known for being the supportive wife of Walt Disney, there is so much more to who Lillian Disney truly was, along with her many notable contributions within the Walt Disney Company. Even before she came into her official identity as “Mrs. Disney,” Lillian Bounds started working for Disney Studios as a member of the Ink & Paint team in the 1920s. Celebrated as the Walt Disney Company’s noted matriarch (even long after Walt’s death) Lillian Disney continued the company’s commitment to making ongoing charitable contributions to a number of noble causes. Such contributions even led to the eventual establishment of the Walt Disney Concert Hall in 2003, which she first initiated back in the late 1980s. Mrs. Disney was also one of several notable names who funded the California Institute of Arts — a place where many later generations of animators have been known to train, including some well-known personalities at Pixar! It’s also worth mentioning that Lillian is the one responsible for Mickey Mouse being named “Mickey” rather than Walt’s originally intended “Mortimer” Mouse.

Lillian and Walt Disney were married from 1925 until Walt’s death in 1966. Lillian died in 1997 in West Los Angeles, California.

Related: Lillian Marie Disney – The Woman Behind the Man and the Magic of Disney

Not only was Harriet Burns a part of Disney’s original Imagineering team, but she was also the first-ever female Imagineer in the company’s history. She started at Disney in the 1950s, where her original duties were largely those of designing and painting props and sets. She was, in fact, the woman behind the original Mouse Clubhouse of Mickey Mouse Club fame. She eventually went on to work within what was then the newly established WED (Walter Elias Disney) Enterprises — better known today as Walt Disney Imagineering. Here she was tasked with creating designs and models for several notable Disneyland Park classics, including the Matterhorn Bobsleds attraction, the Submarine Voyage, and even the one and only Sleeping Beauty Castle. She’s also renowned for her meticulous detailing, like carefully applying individual feathers to the birds making up the Enchanted Tiki Room ensemble and other elaborate additions to other acclaimed attractions.

Harriet Burns worked for Disney for more than three decades and was the first woman to receive a Main Street, U.S.A. window display showcasing her name. Even after her retirement, she remained actively involved in arts and entertainment. She passed away in 2008 in Santa Barbara, California.

When this gifted artist joined Walt Disney Animation Studios in the 1940s, she initially helped with concept artwork and illustrations for such films as Dumbo, Lady and the Tramp, and several other classics we know and love. She’s also credited for her notable color implementations in such films as Cinderella, Alice in Wonderland, and Peter Pan. After becoming involved with freelance work outside of the Disney Company throughout the later half of the 50s and part of the 60s, Walt Disney personally called on her creativity and keen sense of color to assist in bringing together a new attraction: “it’s a small world.” Mary Blair would go on to lend her artistic abilities to many other Disney Park-based venues and attractions as well, including what may be her best-known contribution to Walt Disney World Resort: that famed mosaic mural you’ll find gracing the Grand Canyon Concourse within Disney’s Contemporary Resort.

Mary Blair died in Soquel, California in 1978. She was officially honored with being a Disney Legend back in 1991.

Related: Imagineers Offer a Glimpse into Princess Staterooms Aboard the Disney Wish

Joyce Carlson started work for Walt Disney Studios in 1944 on a rather humbling note. Fresh out of high school, her first job was to deliver and mail art supplies before being elevated to a position as an inker as well as a character developer. She relied on clever tactics and ingenuity in her crafty creations, models, and set designs. One of her first major projects was work on the development of the Carousel of Progress attraction. She also helped design models for the original “it’s a small world” attraction for New York’s World Fair in 1964 as well as those for the versions in Walt Disney World, Tokyo Disneyland, and Disneyland Paris. Other attractions she worked on included the Enchanted Tiki Room, The Haunted Mansion, Country Bear Jamboree, Pirates of the Caribbean, and Splash Mountain — having helped to create the singing animals, which were formerly intended for a different project.

After working for Disney for more than 56 years, Joyce Carlson retired back in 2000 but continued to consult with younger generations of up-and-coming artists until her death in 2008. She resided in Orlando all of her remaining years.

Before she even joined up with Disney Imagineering in 1964, Dorothea Redman had already earned a reputation as a gifted set designer and artist in Hollywood. Her handiwork has been featured in such classics as Gone With the Wind (1939), Sabrina (1954), The Ten Commandments (1956), and even several Alfred Hitchcock films. In addition to helping design Disneyland’s Plaza Inn, she was the creative mastermind leading in the various design patterns, décor, and theme structures of notable venues and attractions at both Disneyland and Walt Disney World Resort. But it is perhaps her work on Cinderella Castle specifically that ranks highest on her list of contributions. Her stunning multi-panel mural, which illustrates a visual retelling of Disney’s version of Cinderella, is a breathtaking marvel to behold.

Dorothea Redman retired from Disney back in 1974. In 2009, just a year after being named a Disney Legend, she passed away in Hollywood Hills at the age of 98.

Starting out on the Ink & Paint team back in 1940, Leota Toombs eventually paved her way into Disney Imagineering, having worked on a number of well-known Disney attractions. She was even involved with attractions at New York World’s Fair, including Disney’s Great Moments with Mr. Lincoln. But she is perhaps best known as the face of the Haunted Mansion attraction, literally. That’s right, Leota Toombs is the one and only Madame Leota! When a fellow Imagineer, Yale Gracey (another familiar name reference connected to the attraction) needed to test out the hovering orb effect, Leota was chosen as the subject. But after the team loved her overall portrayal, she was unanimously tasked with becoming a permanent presence to be featured for the ride. Her voice, however, was a bit too high-pitched. Therefore, Eleanor Audley — famed Disney voice talent behind such characters as Lady Tremaine and Maleficent — provided the vocalizations. You can, however, hear Leota Toombs’ real voice at the end where Little Leota tells exiting Guests to “hurry back.”

Leota Toombs passed away in Glendale, California back in 1991.

When Alice Estes started her career at Disney, in many ways it was a fairytale come true. Originally working as a costume designer, she met an animator for the Walt Disney Company named Marc Davis back in the 1950s while taking an art class he was teaching. She was later called on by him to assist in the designing of real-life costumes to be worn by a human model, during the conceptualization of scenes in Disney’s upcoming Sleeping Beauty movie. In 1956, Alice and Marc married. Having been so impressed by her gift for designing character fashions, Walt Disney formally hired her to go on creating fashions for various television and film works as well as inviting her onto various Imagineering projects. Some of her most famous fashion workings included handcrafting over 150 authentic costumes for the original “it’s a small world” attraction, designing decade-appropriate wardrobe for the Carousel of Progress, creating 47 period costumes for the animatronics featured in the Pirates of the Caribbean attraction, and lending her handiwork to a host of other Disney projects.

Alice David was officially named a Disney Legend back in 2004. Even though she retired from Disney in 1978, at the age of 92, she’s still actively involved in consulting with the company on various ongoing projects and developments.

There is a long line of other famed females throughout Walt Disney history. And newer generations of trailblazing ladies continue to emerge on the scene, serving to inspire and motivate young girls of all ages and interests. The positive examples set by Disney’s strong, powerful women of the past continue to uplift and encourage those on the way to a bright future where dreams come true.