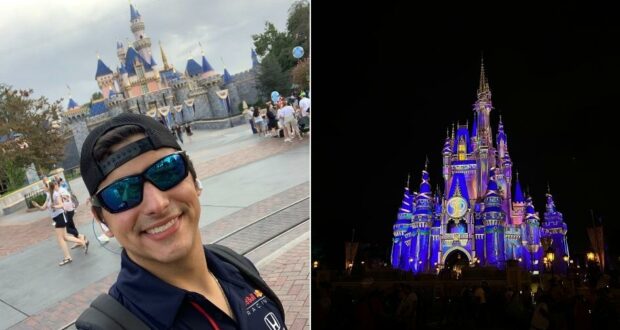 Honest Review of Disneyland from a Disney World Regular

Readers, if I have not made it clear by now, I am a proud Floridian and life-long “regular” visitor of The Walt Disney World Resort. And I truly believe that when all the cards are down, Disney World stands as the overall best of the six Theme Park-based Disney Resorts around the world.

But I know that there is still a lot of Disney to experience beyond the boundaries of Reedy Creek Improvement District and The Sunshine State. So, when I flew out to Southern California to attend the 2022 D23 Expo, I decided to go early to give myself a day at Disneyland Park and Disney California Adventure.

If there are any other Disney-World-centric Disney Fanatics looking to visit Disneyland for the first time, here are a few things to keep in mind: 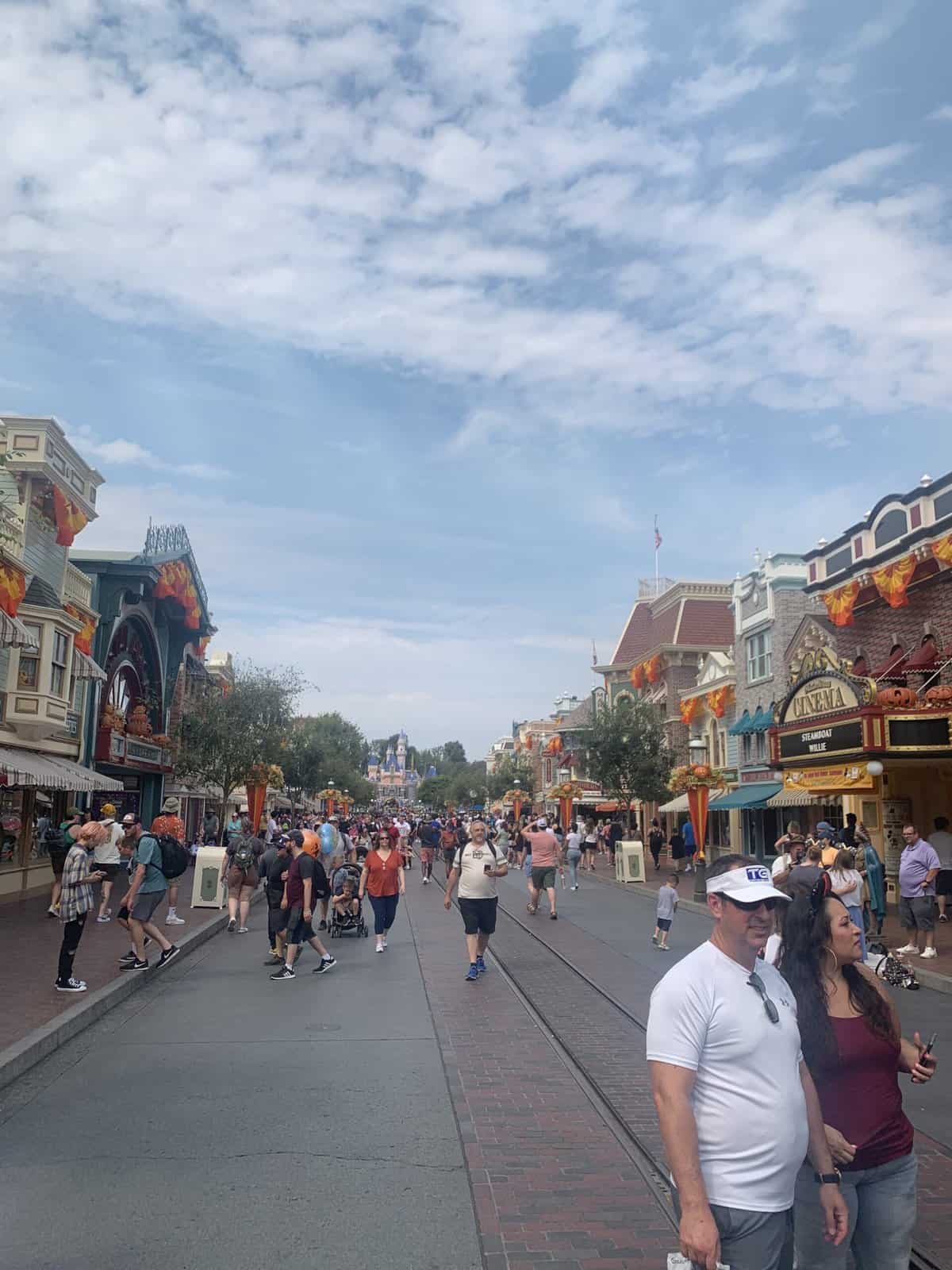 Once you get beyond the immediate sensation that you are walking in the Theme Park that started it all, you will start to feel, as I did, an uncanny feeling mix in with the magic. Everywhere you look will seem so similar and yet so different at the same time. You think you know where you are but will find something else in its place.

The Castle is smaller. The Astro Orbiter is sitting on the ground at the Tomorrowland Entrance. The Monorail has a different shape and takes Guests into the Park on what is more of an attraction than an actual mode of transportation. Their Space Mountain is seated 2-by-2, and their Splash Mountain is seated single file. The Disneyland Railroad is operating while the Disneyland PeopleMover hasn’t moved in ages. It’s Autopia, not Tomorrowland Speedway. Haunted Mansion, not The Haunted Mansion. Pirates of the Caribbean is in a place called “New Orleans Square,” and Big Thunder Mountain is found in a Frontierland, which, directionally from Sleeping Beauty Castle(Not Cinderella Castle), is where you would think to find Liberty Square. Winnie the Pooh can be found in a place called “Critter Country,” right next to the entrance of Star Wars: Galaxy’s Edge. Adventureland is more constrained, with the Enchanted Tiki Room right by the entrance from the hub, followed by an Indiana Jones ride that uses the same technology as Dinosaur, and then a better Jungle Cruise. Parades start at “it’s a small world.” Oh, and there is a massive recreation of Matterhorn Mountain just sitting between a much smaller Fantasyland and a Tomorrowland that desperately needs a facelift.

I can go on and on. Like an American going from New York City to Toronto, or Seattle to Vancouver, you may speak the same language and have a good sense of how to navigate, but so much is different.

Disneyland is Just Off The “Freeway” 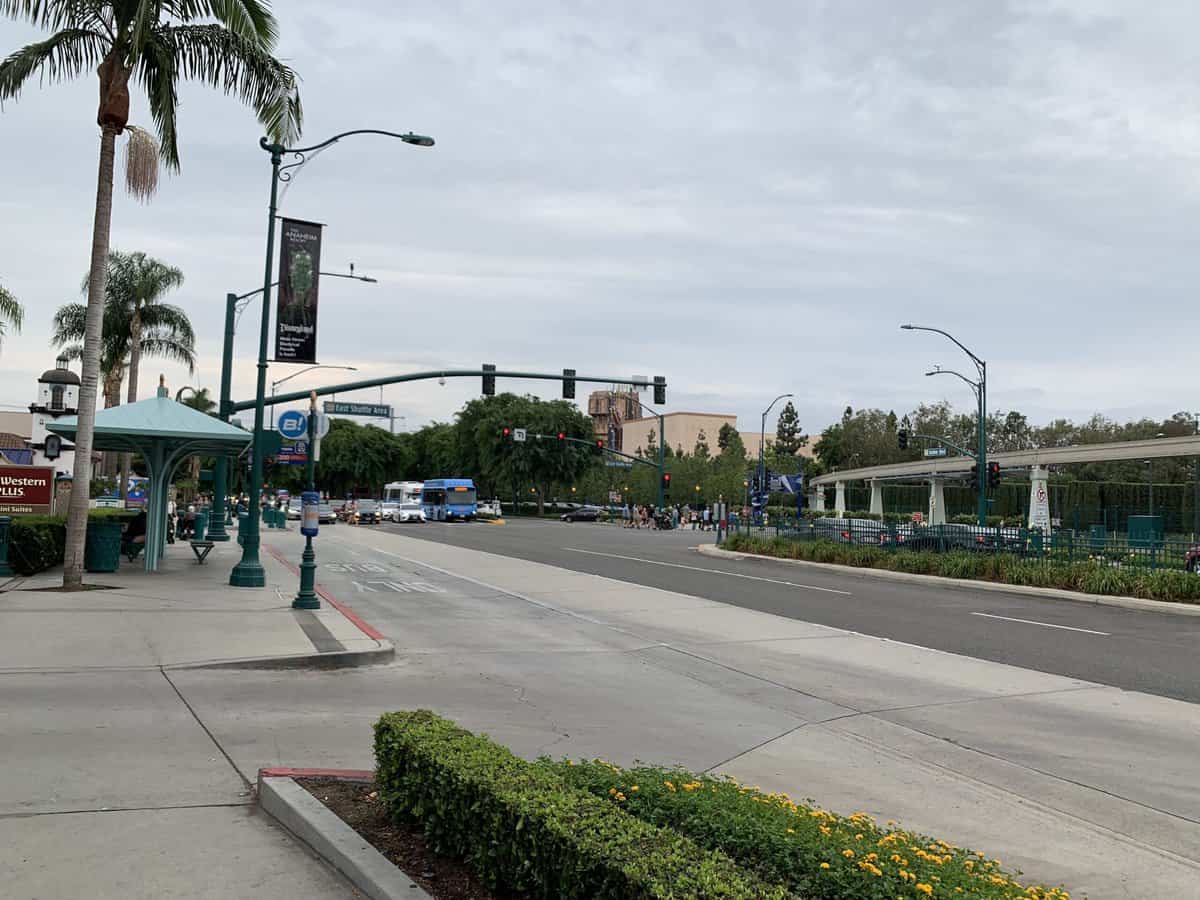 If you are on “the five” driving over from Los Angeles, you will see that the Disneyland Resort is literally right off of the highway–or as they call it, “The Freeway.” Coming from Disney World, I was so accustomed to having to drive deep into the property before seeing a Theme Park. Now, I could see the Matterhorn and watch the Disneyland Monorail go by right from my hotel on the other side of Harbor Boulevard over a tall fence covered green with barbed wire on top. On the South side, through the treeline, I could catch a glimpse of The Incredicoaster and the Pixar Pal-A-Round Ferris wheel on Pixar Pier. 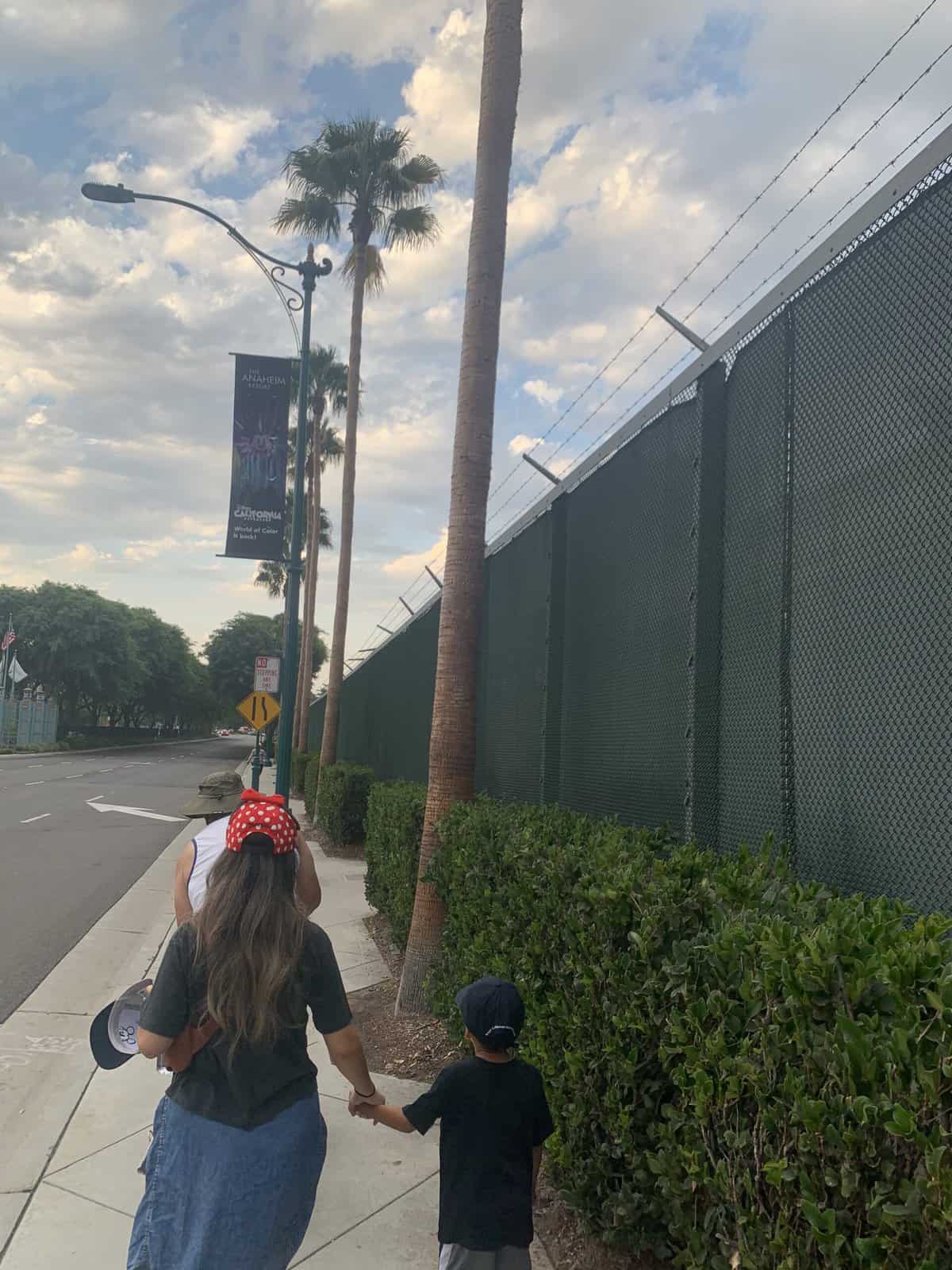 The whole public neighborhood surrounding Disneyland and the Anaheim Convention Center was called “The Anaheim Resort,” and it was slightly bewildering to see a Disney Theme Park with a public bus station taking people to places off-property at the end of the day.

But the magic of Disney and Walt’s genius really shined through once I stepped into Disneyland Park. I was, indeed, cut off from the outside world and entered “the world of yesterday, tomorrow, and fantasy.” Even Disney California Adventure–which was not originally built with a berm was very immersive and secluding.

A Highlight Reel of Disney World

As I state in my first point, you will find a lot of what we have a Disney World in Disneyland, and in a way, both Theme Parks serve as a pleasant highlight reel of everything that we have spread out across all four Parks back home.

At Disneyland, Magic Kingdom favorites like the Mountain Trifecta and Pirates sit next to Hollywood Studio favorites like Star Wars: Galaxy’s Edge, Star Tours, and–coming soon–Mickey and Minnie’s Runaway Railway. Across the street at Disney’s California Adventure, Guests will find Soarin’ Around the World, a Marvel-themed version of Tower of Terror, and the sibling of Khali River Rapids, Grizzly River Run.

Disneyland Park is also home to some other icons that were once found at Disney World but are now gone, like a Submarine Voyage (which is essentially the same as The Seas with Nemo and Friends at EPCOT), Snow White’s Scary Adventure, and Mr. Toad’s Wild Ride. Disneyland also has the one-of-a-kind Matterhorn Bobsleds. The Disneyland Resort is incredibly compact! Its second Park was built on the original parking lot. There are only three Resort Hotels, with more than half of one, Disney’s Grand Californian Hotel and Spa, integrated into Disney’s California Adventure.

One of the best benefits of The Disneyland Resort being so compact is that the entire Resort is walkable. Staying at the nearby Holiday Inn off Harbor Boulevard, I was able to walk onto the Resort Property, visit both Disneyland Parks and the Downtown Disney District and walk back. I experienced the same amount of rides I would on a normal Disney World day, never having to take a mode of public transportation, save for the Monorail, which I went out of my way to experience because it is the original.

One of the negatives to this compactness is that, coming from the expanse of Walt Disney World, I could feel how much smaller everything was. The drive from I-4 and passing underneath that iconic arch gives you an earlier sense that you are now entering a whole new Disney World. The illusion is established. Meanwhile, I felt that the drive down I-5 to Disneyland shattered the illusion before it could even begin. Yes, everything inside met the Disney Standard, but it felt like a roadside attraction compared to Walt Disney World. It felt a little claustrophobic, especially considering how many people can be packed into this place that is just a fraction of the size of The Magic Kingdom. 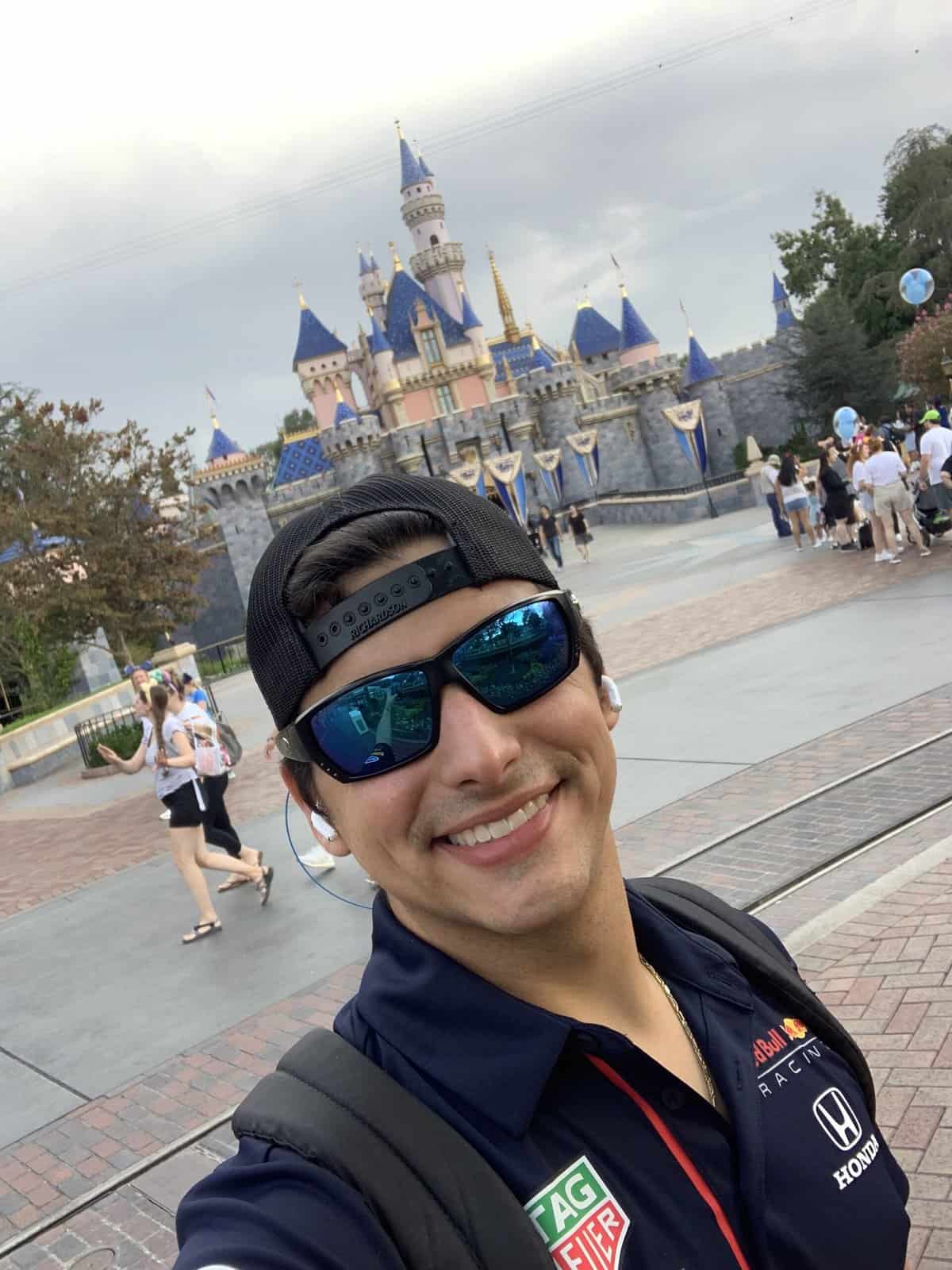 Despite its size and its location, I firmly believe that everyone who grew up going to Walt Disney World should make a trip to visit Disneyland and the place it all began. For those “Disney Adults” with life-long investments in the fandom, it does feel like taking a bit of a pilgrimage, but as a baseball fan would feel like going to Yankee Stadium, Fenway Park, or Wrigley Field for the first time.

The characters roam freely, there are new rides and an entirely new Theme Park to discover that offers us more Pixar and Avengers. All of the rides are different–even the ones that we have at Disney World. Plus, there are few greater ways to flex at Disney World Theme Parks than to be walking around wearing Disneyland merchandise.

While I still believe that on an overall scale, Walt Disney World Resort is better than Disneyland Resort, Disney California Adventure is arguably one of the best Parks, and there is so much legacy magic to be found at The Happiest Place On Earth.

Besides, every Disney Fanatic should be able to say these words at least once in their life: “I’m going to Disneyland!”