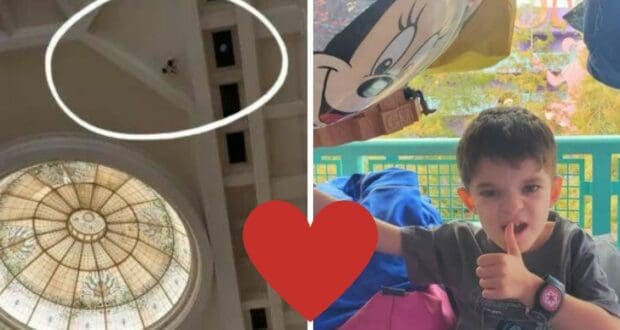 Many Disney fans have watched Peter Pan or Tinker Bell frolic in the skies and wanted to fly — but one Disney Guest most likely identified with that feeling particularly strongly last week, and now the Guest and his family are enjoying some special attention from other Disney Guests because of it!

On Monday, November 21, 2022, a child named Jack headed to Walt Disney World Resort with his family. During the trip, Jack and his family bought a Mickey Mouse balloon from an establishment in Disney Springs (partly because Jack’s mother, Laurie, found them to be a useful tool for identifying their stroller in crowded stroller parking areas).

One day later, on  Tuesday, November 22, 2022, the family (including Jack, Laurie, and Jack’s Mickey Balloon) rode the Resort Monorail to Disney’s Grand Floridian Resort and Spa for a visit. Since the Grand Floridian is a particularly high-end Disney Resort, many Disney World Guests like to visit and enjoy meals there even if they can’t afford a stay (especially since it dons particularly stunning Christmas finery).

Unfortunately for Jack, his Mickey balloon made a run for it — and slowly floated all the way up to the very high Grand Floridian ceiling. 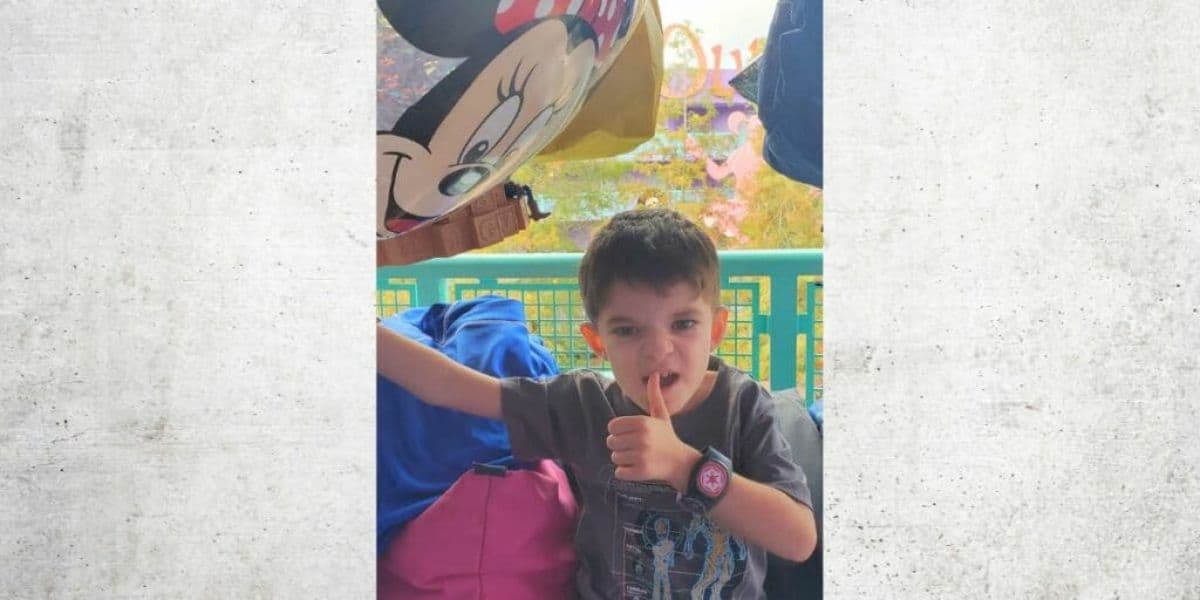 “There was nothing I could do but stand there and watch Mickey float away, all the way to the top of the Grand Floridian!” Jack’s mother Laurie said as she recalled the incident. “The minute Jack noticed the string hanging from his stroller, he put two and two together and realized it was his Mickey balloon floating away. His little heart shattered, and he and I both stood there and shed some tears.”

In an attempt to fix the situation, Laurie told her four-year-old son that “his Mickey balloon wanted to escape and become a new ‘hidden’ Mickey for other people to find” — and apparently, many other Disney Guests are following through with that idea by seeking out the balloon where it still floats and sharing photos with the hashtag #JacksMickeyBalloon! 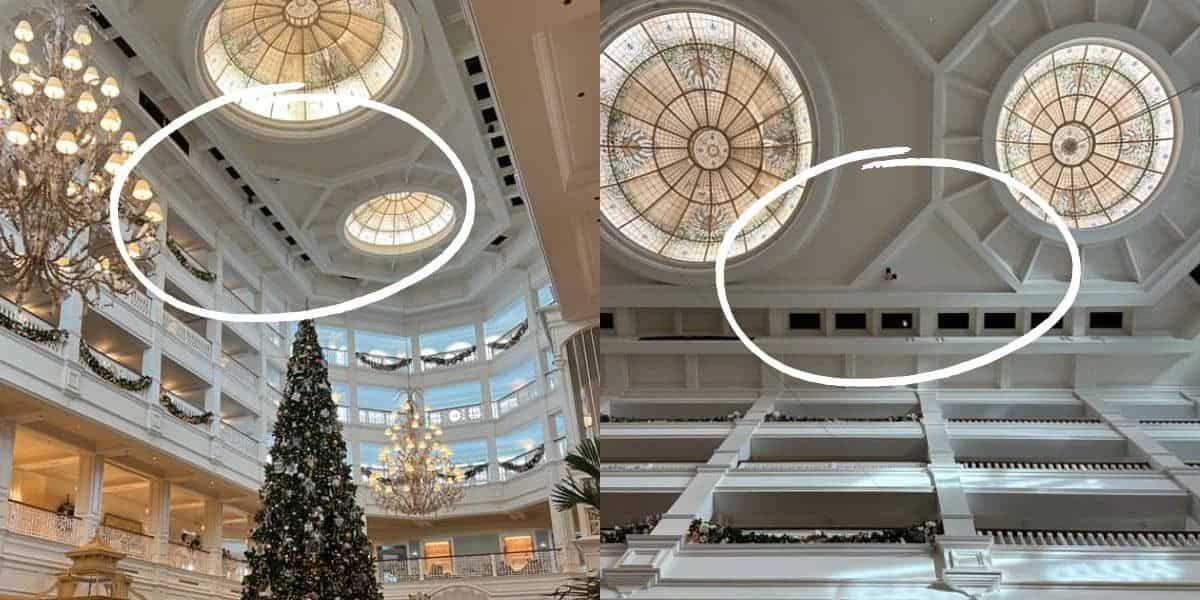 “I never realized his balloon would become so famous and that people would want to go to the Grand Floridian to find #jacksmickeyballoon. The Facebook comments and posts of his balloon pictures have really become a highlight of our trip! His little face lights up every time I read him a new message,” Laurie shared.

Apparently, Jack’s mother is “hoping that once Mickey comes down that we can receive the original balloon so I can frame it for him. We also plan on printing all the Facebook pictures and posts along with the comments and making him a memory book of #jacksmickeyballoon!” 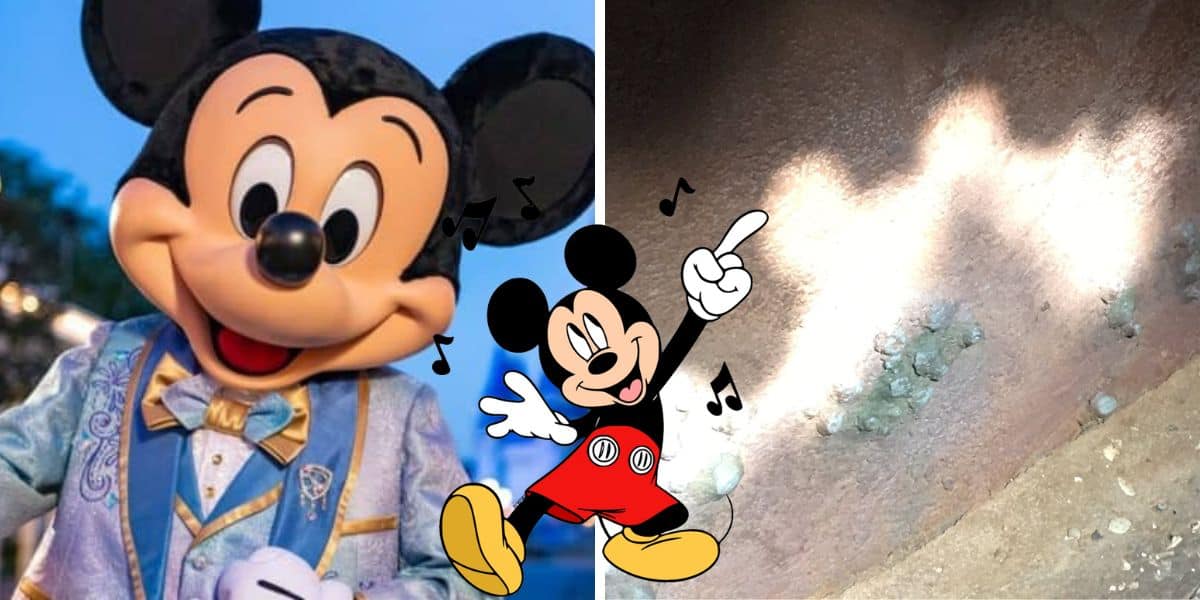 This is a particularly rare Hidden Mickey!

We’ve seen rare Hidden Mickeys before  — in fact, a very rare one just popped up, for one minute only, recently — but Jack’s Mickey Balloon takes the cake! Have you seen this balloon in the Grand Floridian?