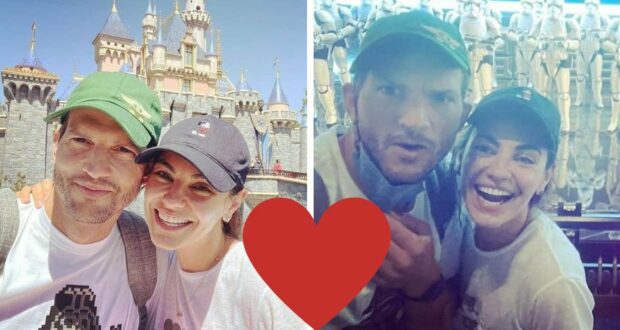 These days, the actress Mila Kunis and her husband, fellow actor Ashton Kutcher, might just be giving a certain Frozen actress and her husband a run for their money when it comes to most-beloved celebrity couples. Mila Kunis and husband Ashton Kutcher first met while starring on That 70’s Show opposite another Disney fanatic, and the couple has gained a lot of attention recently due to their tremendous efforts to help the people of Ukraine (partly because Mila Kunis herself is from Ukraine). Now, the well-liked and famously-candid couple has paid a visit to Disneyland — and generously shared some photos from their trip in recent posts! Check them out below!

It will be no surprise to fans of the couple that Mila Kunis and Ashton Kutcher are not wearing fancy clothing, or appearing to be anything other than an average Disney-loving couple. Mila Kunis is wearing very little makeup, and the pair are striking some relaxed poses in a casual style that has only served to endear them further to their fellow Disney fanatics on social media. 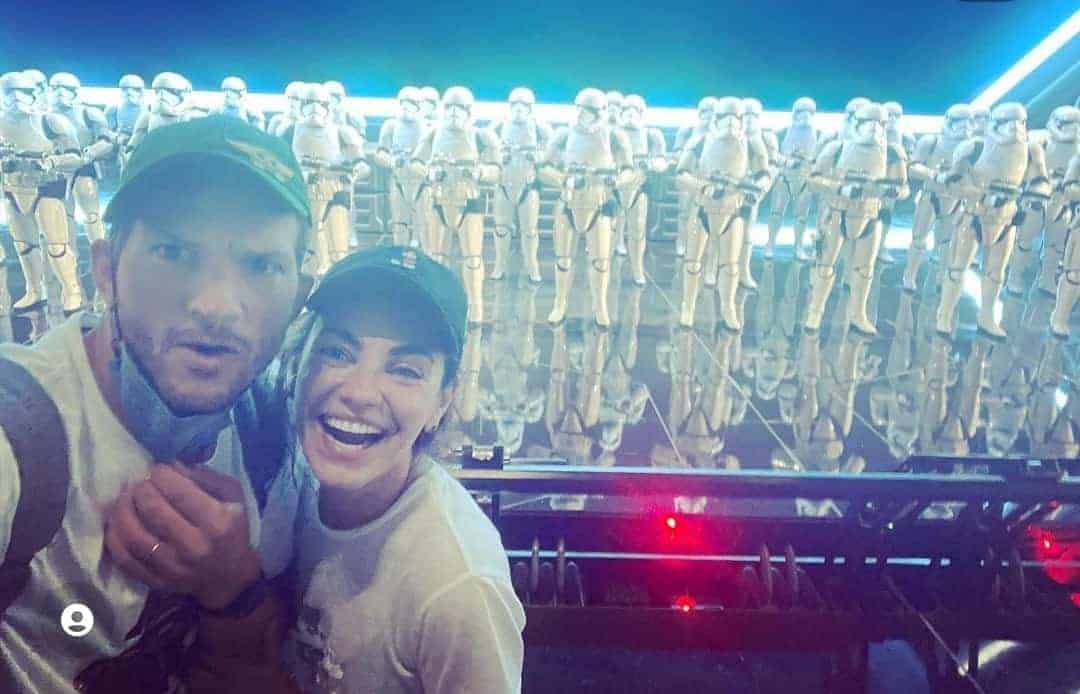 “Give you one guess where we went to celebrate the end of summer,” Ashton Kutcher wrote on Instagram as he shared the two photos shown above of him and his longtime wife Mila Kunis. The Sleeping Beauty Castle is shown at Disneyland Resort, making it clear that the famous couple went to Disneyland, and the Stormtroopers from Rise of the Resistance are also clearly visible. 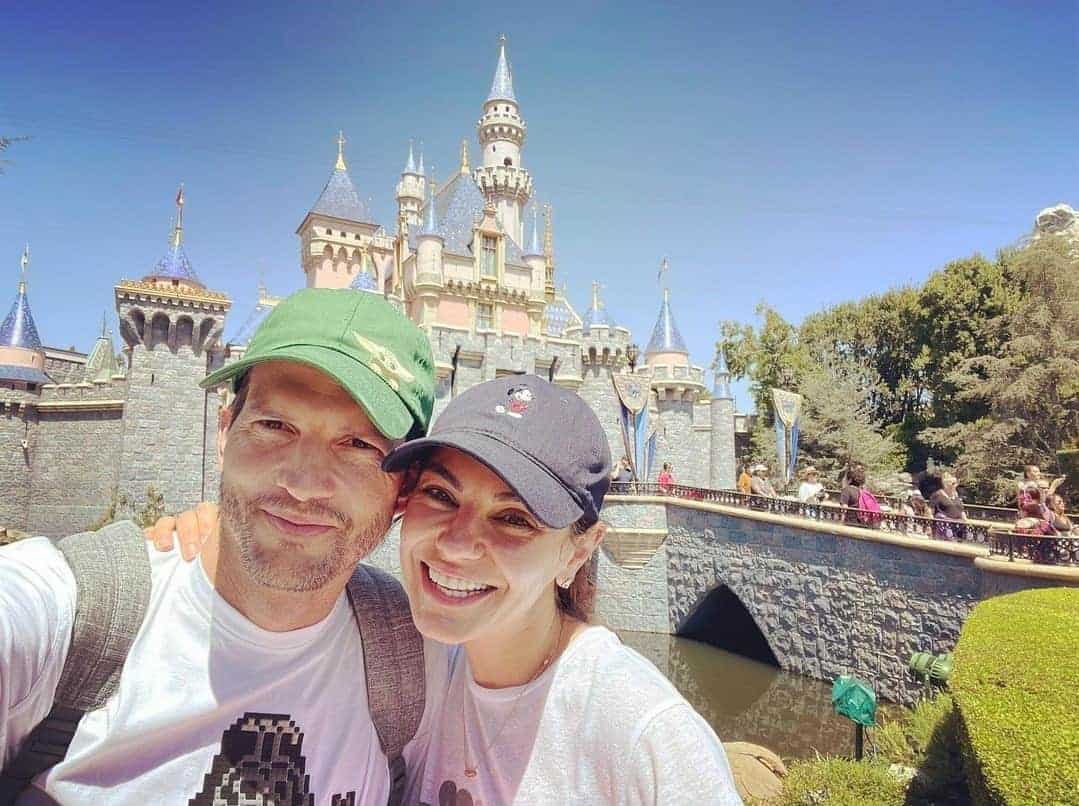 Did you happen to spot this popular pair during your own day at Disneyland recently? Have you spotted any of the other celebrities who frequent the Disney Parks, such as Chrissy Teigen and John Legend or John Stamos and his family?

If you haven’t had any Disney celebrity sightings, but you’re booked to attend the D23 Expo in Anaheim later this week, then fear not: you should be seeing plenty of celebrities (especially Frozen ones) during the Disney Legend ceremony! Disney Fanatic will be there to cover the event live!

Ashton Kutcher celebrities Disney celebrities Mila Kunis 2022-09-06
Sharon
Previous: ‘Pirates of the Caribbean’ Closes for the Year
Next: Here Are the Ways to Stay in Luxury at Walt Disney World Resort