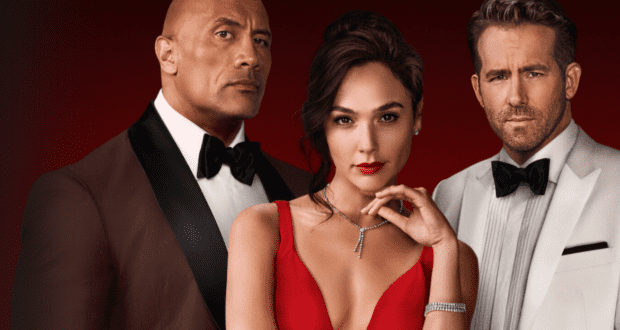 If ‘The Jungle Cruise’ has left you hankering for more Dwayne Johnson movies, you’re in luck, because his newest movie ‘Red Notice’ has just come out on Netflix! Dwayne Johnson, also known as “The Rock” from his wrestling days, has been a Disney favorite and a household name after starring in several different family-friendly adventure movies. He also voiced Maui in Moana, and the charismatic actor has been expanding his repertoire more and more in recent years. His new movie ‘Red Notice’ features his character, a cop, working with art thief Ryan Reynolds to outsmart a competing art thief named Bishop (who is played by Israeli law-student-turned-actress Gal Gadot). Gal Gadot may not be known well by many Disney fans, because her biggest movies to date have been ‘Wonder Woman’ and ‘Wonder Woman: 1984’ (both of which were DC superheroes movies, not Marvel ones). However, Gal has recently been tapped to play the Evil Queen in Disney’s upcoming live-action adaptation of ‘Snow White’, and her induction into the roster of Disney villains means that she’ll most likely be a Disney favorite very soon. In this movie, ‘Red Notice’, her character does take some villainous turns, foreshadowing at the sinister skill she’ll bring to the table as Disney’s classic royal villain! 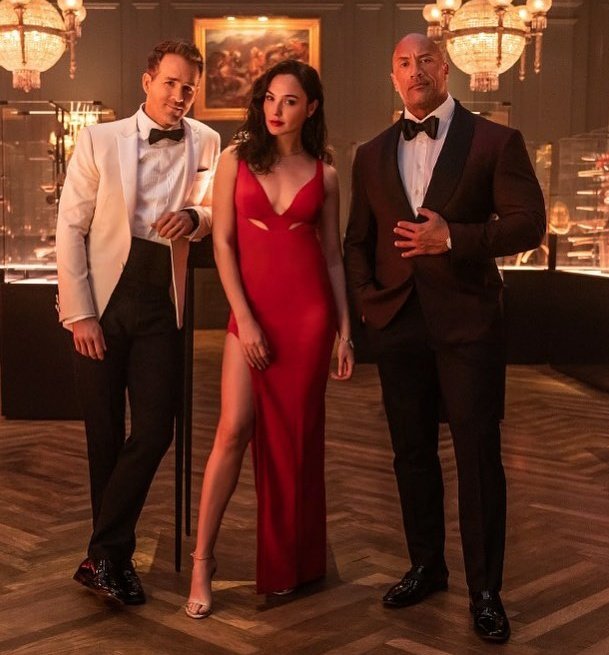 The trailers for ‘Red Notice’ implied that it would be a mix between a buddy cop movie and a heist film, and the end result is very much a mix of the two. However, there are even more nuances to be found in this movie. With exotic locales, Ryan Reynold’s usual comedic chops, Dwayne Johnson’s surprising knack for comedy, and Gal Gadot’s ravishing beauty, this movie ends up feeling more like ‘Ocean’s 8’ meets ‘Johnny English’ meets ‘The Italian Job’–in a good way! An intense plot twist that will completely throw audiences off is definitely the highlight of the film, but Gal Gadot is a close second. Ryan Reynolds does his signature straightfaced one-liners, which many fans will find funny as usual, and The Rock is just as crowd-pleasing as ever. If you’re in the mood for a funny, exciting, and relatively self-aware heist film, then ‘Red Notice’ might be the one for you! Just be ready to cringe at some points, laugh at others, and get a big dose of wanderlust (as well as a no-holds-barred crush on Gadot, which most ‘Wonder Woman’ viewers already had). 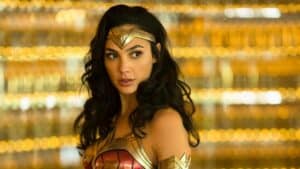