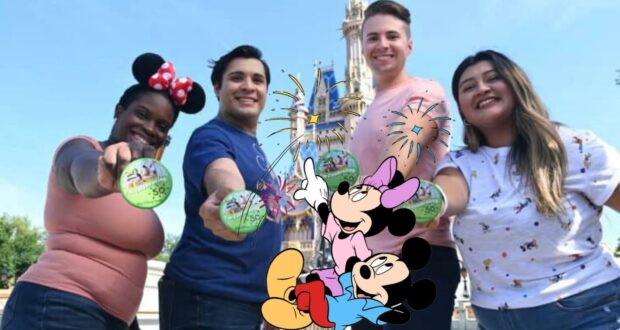 Op-Ed: In Defense of ‘Disney Adults’

As seemingly undesirable as the term “Disney Adult” is nowadays, I’m not sure there’s anything inherently wrong with being one.

Recently Disney Adults have become one of the least popular groups on the internet. The term became popular enough that Rolling Stone, NPR, and Insider even wrote articles about the phenomenon. So that begs the question, who is a “Disney Adult” as defined online? 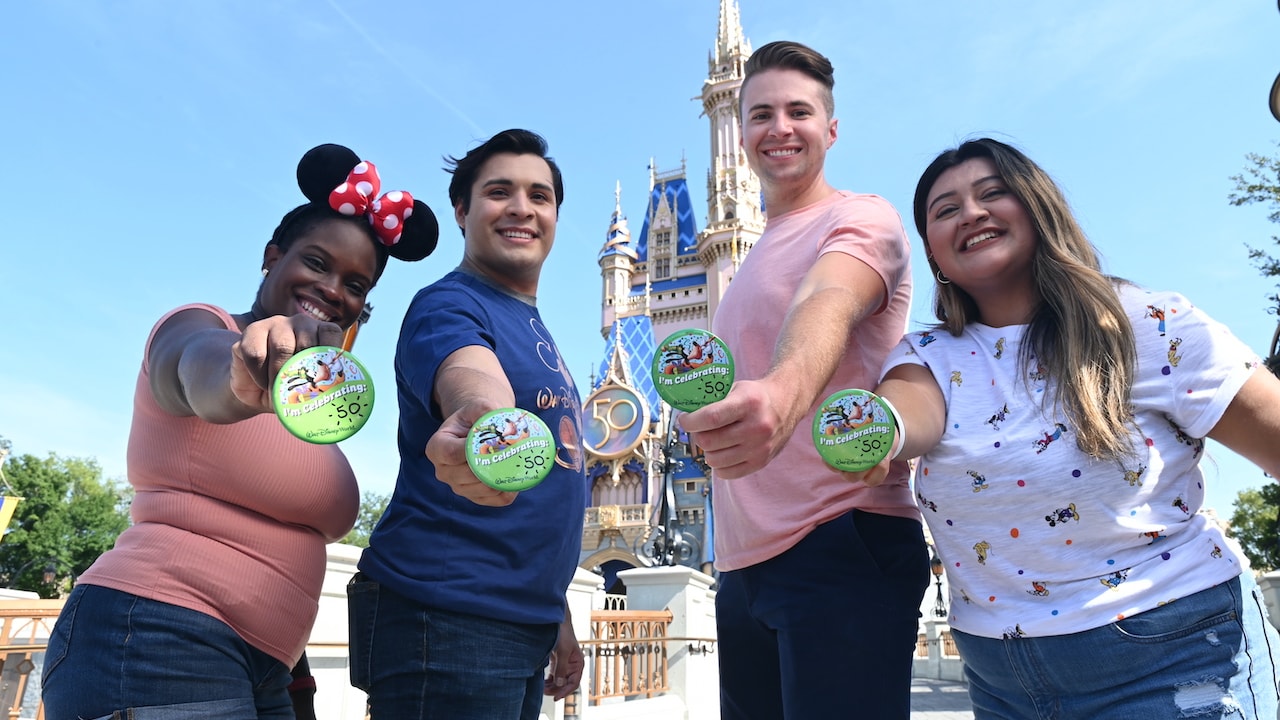 Per Urban Dictionary, a “Disney Adult” is:

A millennial adult, with or without kids, that can’t stop talking about Disney, including the movies and the parks. Even if they do have kids, they’re still way more obsessed with it that their kids ever would be. They probably engage in casual “Disneybounding” and visit the theme parks at least once a year. They are obsessed with everything Disney and probably have a Mickey Mousebumper sticker and/or tattoo. One of the most terrifyingly intense people you’ll ever encounter.

Although that definition should also be expanded to include the older Gen Z, that definition does a good job of encompassing why this particular group of people is considered an unfavorable group to be a part of. 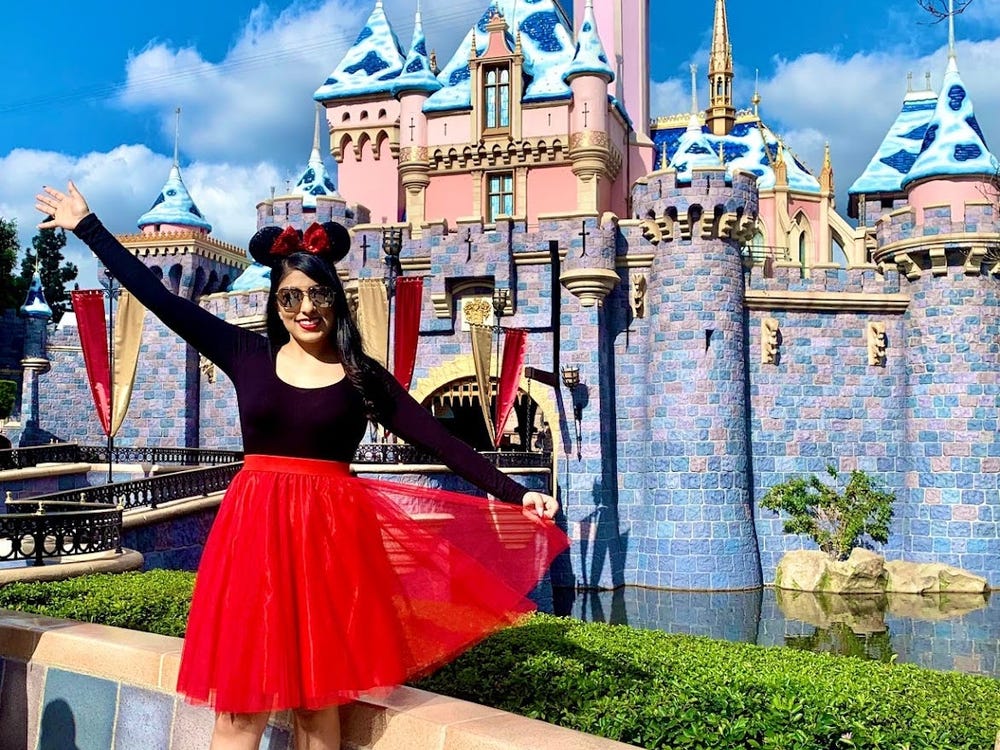 Disney Adults who frequent Disney Parks and Resorts like Magic Kingdom Park or Animal Kingdom Park in Walt Disney World Resort and Disneyland Park in Disneyland Resort have been topics of contention in recent months due to their bad behavior. And while these behaviors absolutely cannot be condoned, it’s important to remember that bad behavior is by no means restricted to Guests who are Disney Adults i.e., Guests without children.

Most Disney Adults, when asked to explain their identity, call back to the simple pleasure of expressing their love for a place and an idea that has brought them comfort or happiness. Per Utah native and Disney Fan Olivia Duce, who runs a Disney-themed fashion page, @magic_with_live on Instagram, being a “Disney Adult” just means “you’re an adult who loves Disney.”

Some fans also go one step further to contextualize the phenomenon.

Per Disney fan Bailey Welch, Disney Adults are of two origins. One is “the individual who went to the Theme Parks growing up. They were the family who took several Disney Park vacations several times throughout their childhood, and it became something that was amazing and nostalgic for them.” The second is “the individual who never went to the Parks but had a strong connection [to] or used Disney as a way to cope with things throughout their childhood.”

And as someone who grew up watching and loving Disney movies and shows myself, I can’t help but agree. Disney has always been a place for children to live out their imaginations and find happiness when things in their lives are hard. For many adults, that association of comfort is one they either continue to feel or find anew and honestly, I don’t see it as such a bad thing. 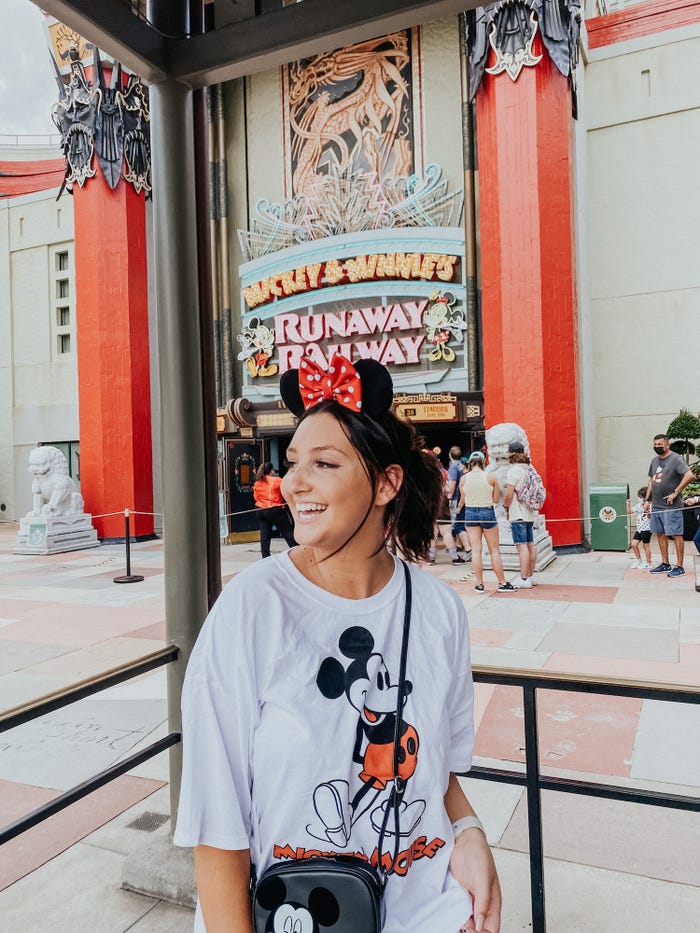 While holding adults responsible for their bad behavior is absolutely necessary, to stereotype one group of people feels a little unfair.

Like with every fandom, the Disney fandom also exists at different levels. Different people enjoy different parts of the experience, and frankly, isn’t that what being someone who cares about any franchise is all about?

In fact, Walt Disney himself spoke about Disney Adults in some rare footage that went around earlier this year:

Walt Disney said that the ratio of adults to children even back then was “4 adults to 1 child.” He even continued, “during the winter time and…during the week, you don’t see any children”. The visitors were “oldsters” who Walt Disney would see “riding all these rides and having fun and everything.”

When Walt Disney himself understood that Disney magic wasn’t exclusive to children, perhaps that is worth remembering for us as well. It’s essential to hold Guests who break the rules and endanger themselves and others responsible for their actions, but to condemn an entire section of a fandom for a few people’s bad behavior? That doesn’t feel quite right.

When it comes down to it, maybe, being a “Disney Adult” doesn’t have to mean anything more than being a Disney fan who is an adult and loves Disney. After all, there are far worse things a person could be than a fan that dearly loves a franchise.