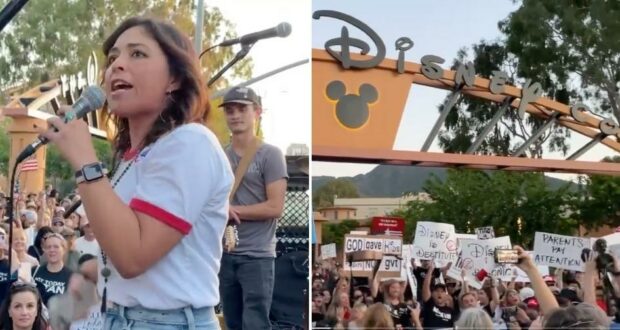 A large protest has gathered outside Walt Disney Company Headquarters in Burbank, Southern California. Fans, parents, and Disney employees assembled at the front gate to take a stand against the company’s direction, which they describe, among other things, as woke, far-left, and anti-parent.

Journalist Drew Hernandez (@DrewHLive) was on-scene the morning of April 6 and took to Twitter to spread awareness. A thick crowd of sign-holding, flag flying civilians, stand together chanting “Boycott Disney!”

According to Hernandez, over 100 people showed up for the peaceful protest, and they even erected a stage for a band and speakers.

One speaker, in particular, was a veteran Disneyland Cast Member. She spoke about how the work culture has gotten very political over the years and that “it’s gotten very hard to be someone with conservative values” and “to be someone who will stand up for righteousness.”

BREAKING: A conservative Disney Employee says “it’s gotten very hard to be someone with conservative values” working for Disney in front of the Disney HQ in Burbank CA

Her inspiring words come after other anonymous Cast Members released an open letter exposing the toxic work environment against values that are either more “conservative” or just dissenting towards the company’s aggressively far-left momentum. Click below to read our complete coverage of that. 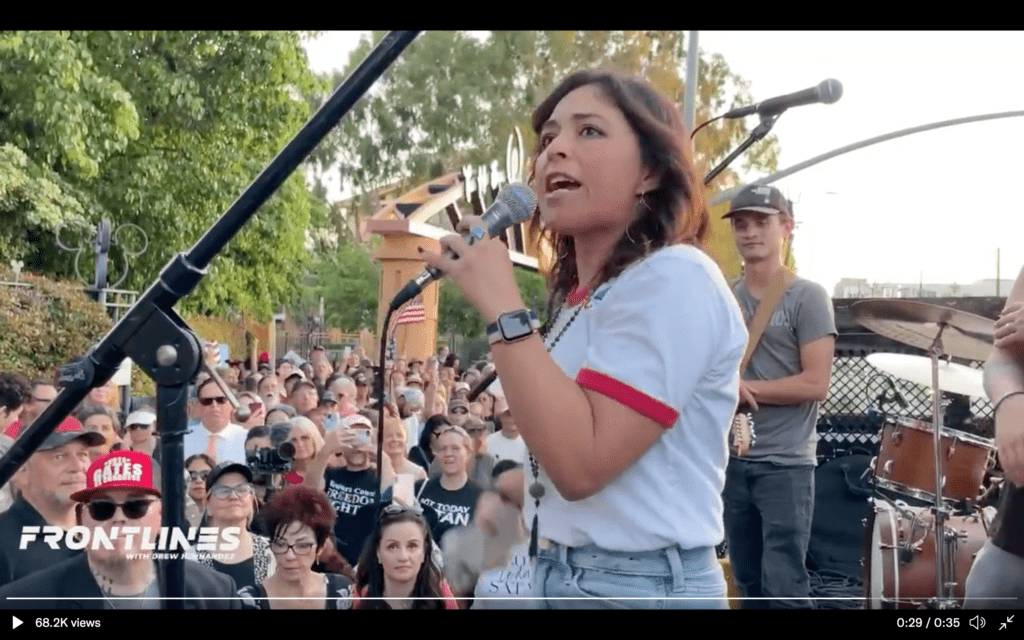 It has been a little over two weeks since the overestimated “Cast Member Walkout” took place at the Walt Disney Company, which was in protest of Florida’s Parental Rights in Education Bill (which is now signed into law by Gov. Ron DeSantis). It has been just over one week since the company’s Reimagine Tomorrow meeting was leaked, which exposed Disney leadership’s “not-at-all-secret gay agenda” and push to have 50% of lead characters some kind of LGBTQIA, and since Disney announced active efforts to get the new Florida legislation overturned. It should be noted that the bill prohibits all manner of sex ed, including sexual orientation and gender identity, to be taught to kids ages 5, 6, and 7.

These developments have sparked outrage among fans–particularly parents who want their kids to grow up with the same brand of innocent family-friendly Disney content they experienced. Disney+ subscription and Disney World vacation cancellations have been proudly been announced, and Disney stock took a tumble last month, recording a new 52-week low and is currently down just over $25/share since the start of the year. There is even a chance that Florida lawmakers will move to repeal the Reedy Creek Improvement Act which gives Disney special levels of self-governance over its 27,000 acres of Central Florida real estate. 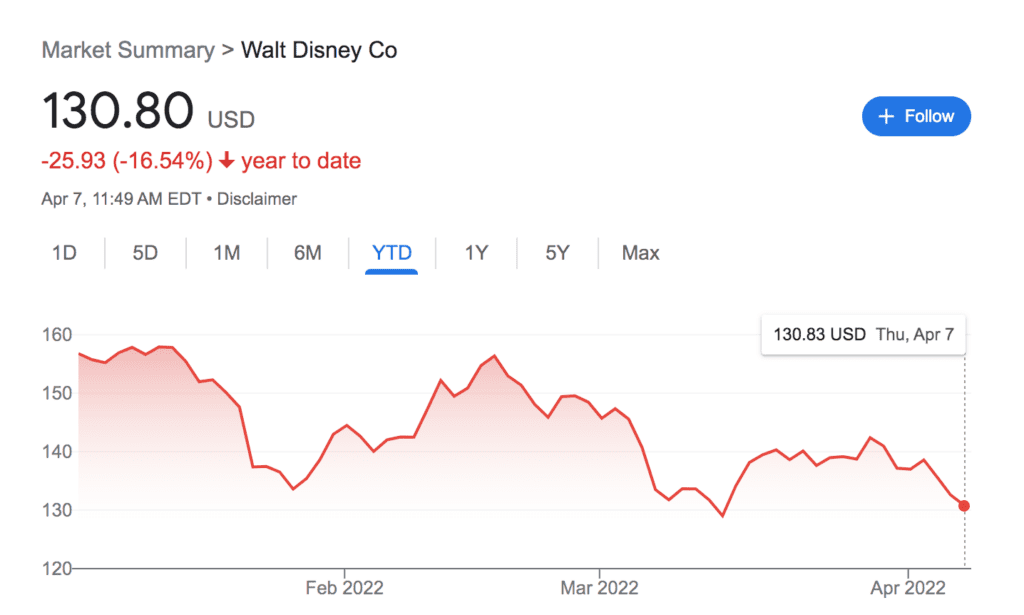 But why aren’t these people just letting Disney alone? This contingent of fans believes in the free market, right? Why don’t they just go elsewhere? Well, this reporter can only speculate that it is because they care. They care about what kind of content the massive media conglomerate is putting out for children, and they care about the company itself.

As the house that Walt built nears its centennial, it is no stretch of this reporter’s imagination to say that it has become the front of a culture war. Only time will tell just how it will look once the vocal bombs stop flying and the dust settles.

In the meantime, we at Disney Fanatic will continue to monitor all news relating to the Walt Disney Company and update our readers as more information comes to light.