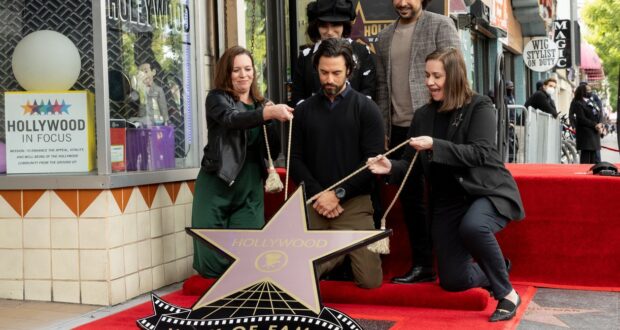 Lots of viewers know the actor Milo Ventimiglia for his work as patriarch Jack Pearson on the popular NBC TV drama This Is Us (2016-present), which is famous for its tear-jerker plotlines and the emotional roller coasters that the Pearson family goes through on the show. However, star Milo Ventimiglia also has a lesser-known Marvel role, and he’s just been awarded a star on the famous Hollywood Walk of Fame! 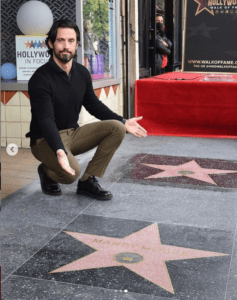 The actor is definitely best known for his mustache, his role on Gilmore Girls and subsequent relationship with co-star Alexis Bledel, his chemistry in the previously-mentioned drama series with co-star Mandy Moore (who many Disney fans will recognize as the voice of the Tangled Disney Princess Rapunzel), and his stellar performance as the swoon-worthy father Jack Pearson, but the Emmy Award-nominated actor also voiced Marvel superhero Spider-Man Noir in four episodes of the animated Marvel series Ultimate Spider-Man. Milo Ventimiglia posed with his new star on the Hollywood Walk of Fame recently — and ironically, this Marvel voiceover actor’s star is right next to the star of his Disney princess co-star! 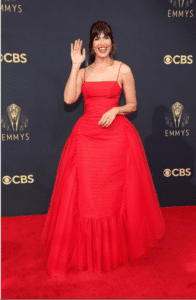 Mandy Moore (the voice actress for Rapunzel from Tangled) on the Emmys red carpet. Credit: @carolinaherrera

The real-life Rapunzel Mandy Moore shared her co-star’s moment on the Walk of Fame on Instagram, saying the following: “The heartiest of congrats to my tv hubby and partner-in-crime, @miloanthonyventimiglia, on his STAR on the Hollywood Walk of Fame”. Mandy went on to mention that she is away shooting season six of the show This Is Us, and couldn’t make it to his star’s unveiling, but she added “Congrats on this recognition and thank for being a wonderful patriarch and carrying us these last 6 years. Also the fact that our stars are right next to one another?? Come on!!”

The This Is Us show that both actors star in has definitely overshadowed star Milo Ventimiglia’s time as Spider-Man, but his Marvel role is still marvelous! This Is Us also stars Justin Hartley as Kevin, Chrissy Metz as Kate, and Sterling K. Brown as Randall. Sterling K. Brown was also the voice of Lieutenant Mattias in Frozen 2 (2019). 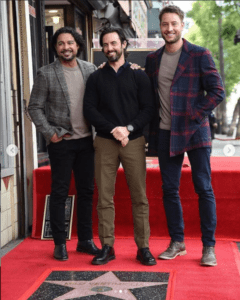 Are you a fan of Spider-Man shows or movies? Did you know that the This Is Us actor has played a Marvel superhero, or were you only familiar with the Spider-man / Peter Parker actors Tom Holland, Tobey Maguire, and Andrew Garfield?