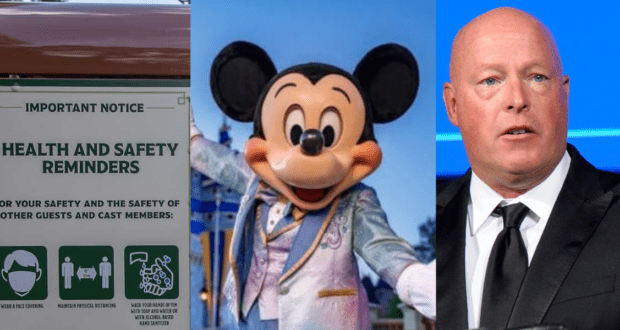 Things We Miss About Disney World in the ‘BC Era’

Before the year 2020 rolled in and wreaked havoc on all our lives, taking a vacation to Walt Disney World Resort was an altogether very different experience. While we’ve weathered through many of the restrictions and modifications that were initially introduced when Disney World first reopened following a lengthy closure due to the COVID-19 pandemic, we’ve also had to contend with numerous other unwelcome changes that may directly coincide with the time frame for when Bob Chapek took over as the new CEO for the Walt Disney Company—a position previously held by Bob Iger. Whether you consider Disney’s BC Era as the time “before COVID” or “before Chapek,” both time frames cover the more recent transformations that have since impeded the Disney experience in the years following 2020. Some changes have since come even later, thanks to Bob Chapek’s ongoing handiwork and budgeting objectives. All the same, here are eight things we all can agree on missing about visiting Disney World prior to 2020—the BC Era.

Related: The Benefits Guests No Longer Receive When Booking A Disney Vacation

We all know that dining at Disney World doesn’t come cheap. Because of this, Disney introduced a unique prepaid meal package extra—The Disney Plan back in 2005 for Guests staying onsite at Walt Disney World Resort. With the Disney Dining Plan, folks could save up to 30 percent on food in the long run. And over time, additional Dining Plan options and packages emerged, offering up more custom-catered fits for varying parties looking for an alternative, money-saving options.

Following Disney’s phased reopening in July 2020, however, one thing many Guests realized was that Disney Dining Plan options were not being offered. According to the Walt Disney Company, Disney Dining Plans have not been altogether retired but merely remain at a temporary halt. We’ve been told time and again that they are coming back, although fast forward more than two years later, and they’ve yet to return. 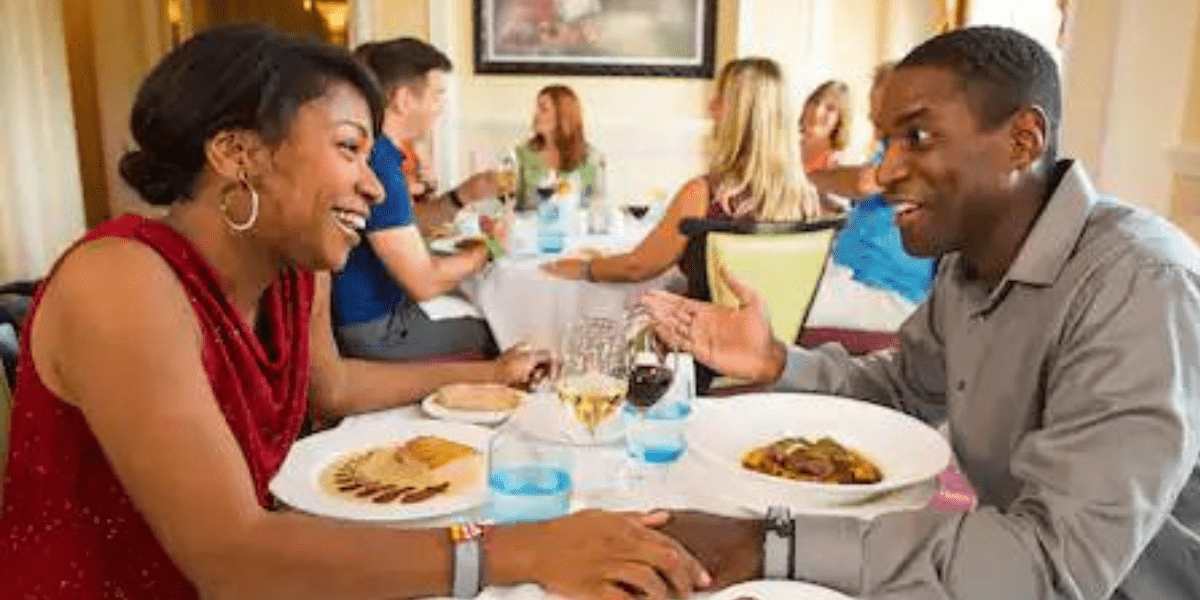 Some of the unique dining experiences we knew and loved prior to 2020 have been slow to come back. Buffets, for example, are only just returning to their traditionally loved formats—welcoming back character dining where it applies and getting away from those temporary prix fixe menu replacements that pale in comparison to some of their original, traditionally loved offerings. Still, some one-of-a-kind dining experiences have yet to return at all, like those unique extra engagements you used to be able to sign up for. I’m primarily referring to the opportunity to Dine with an Imagineer at the Hollywood Brown Derby at Disney’s Hollywood Studios (and other locations) and to Dine with an Animal Specialist at Sanaa within Disney’s Animal Kingdom Lodge. The question remains, will such experiences ever return at all? 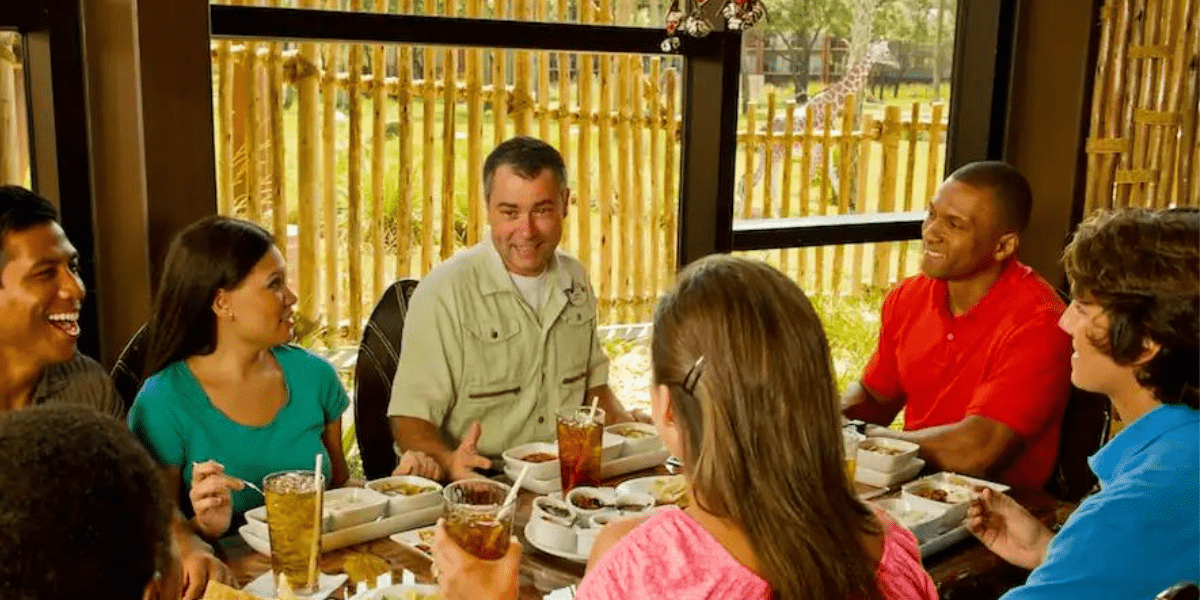 Prior to January 2021, when you booked a stay at a Walt Disney World Resort accommodation, MagicBands were provided to you and every member of your party free of charge as part of the package deal. But that is no longer the case. Guests must now purchase their own MagicBands (or the new MagicBand+) at an additional charge. Also, note that Annual Passholders used to have the benefit of complimentary MagicBands as well, but the back and forth with Annual Passholder changes is a whole other story and garners its own extensive list of complaints and unwelcome changes. 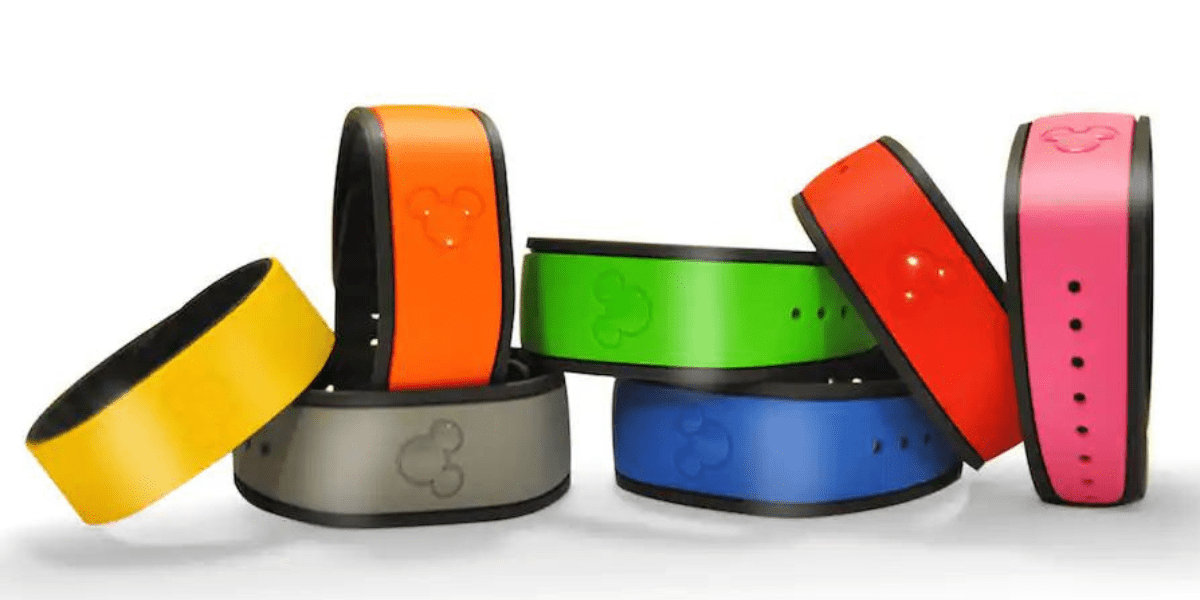 It used to be that Disney World Resort Guests were completely taken care of, as far as travel to and from the Orlando International Airport was concerned. For there was a wonderful all-inclusive service provided known as Magical Express. Guests would be shuttled to their respective Disney Resorts upon arrival via large motor coach buses and would also be picked up via the same method at the end of the trip. Because it was included as part of the package, you never had to cough up any cash on the spot in order to ride.

Well, as of January 2022, Disney’s Magical Express services have been discontinued. While there has been no equivalent replacement of mutual value as of yet, there are currently several alternatives that exist for Guests needing transport to their Resorts. All the same, such alternatives all come with an added fee, and baggage handling services are at each Guest’s own discretion. 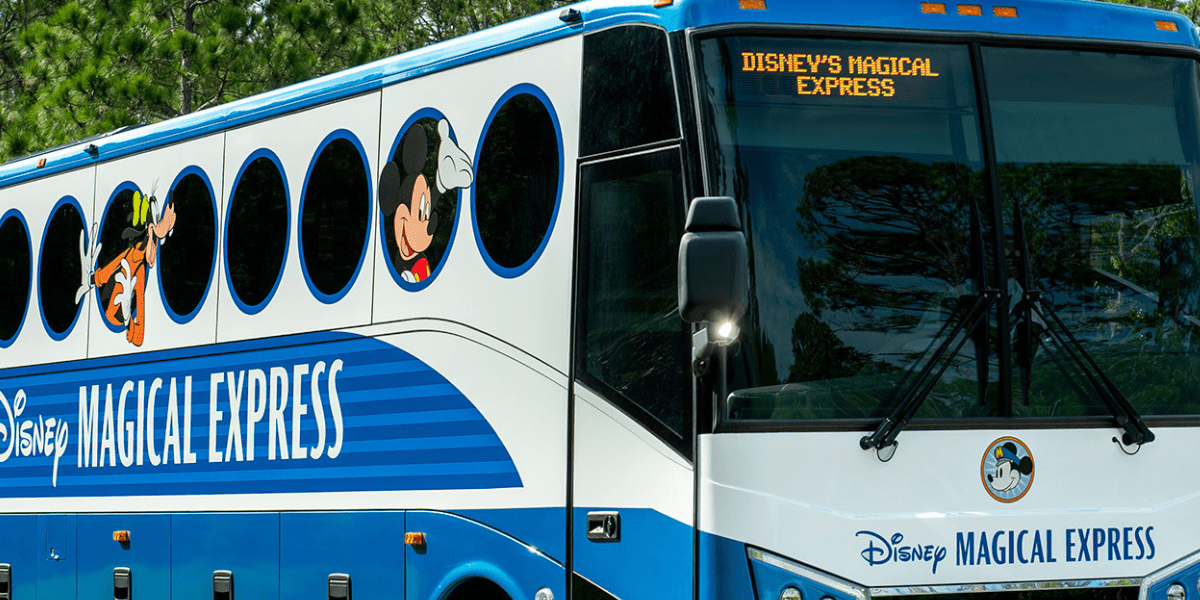 In continuing on with the lost benefits of Disney’s now-defunct Magical Express services is the fact that magical luggage handling used to go along with it. Not only did Disney’s Magical Express cover your commute between airport and Resort stays, but they also used to take care of getting your checked luggage to your room without you ever needing to concern yourself at baggage claim. Therefore, we lament another lost magical experience—that one in which we enter our Resort rooms and find our luggage waiting for us. 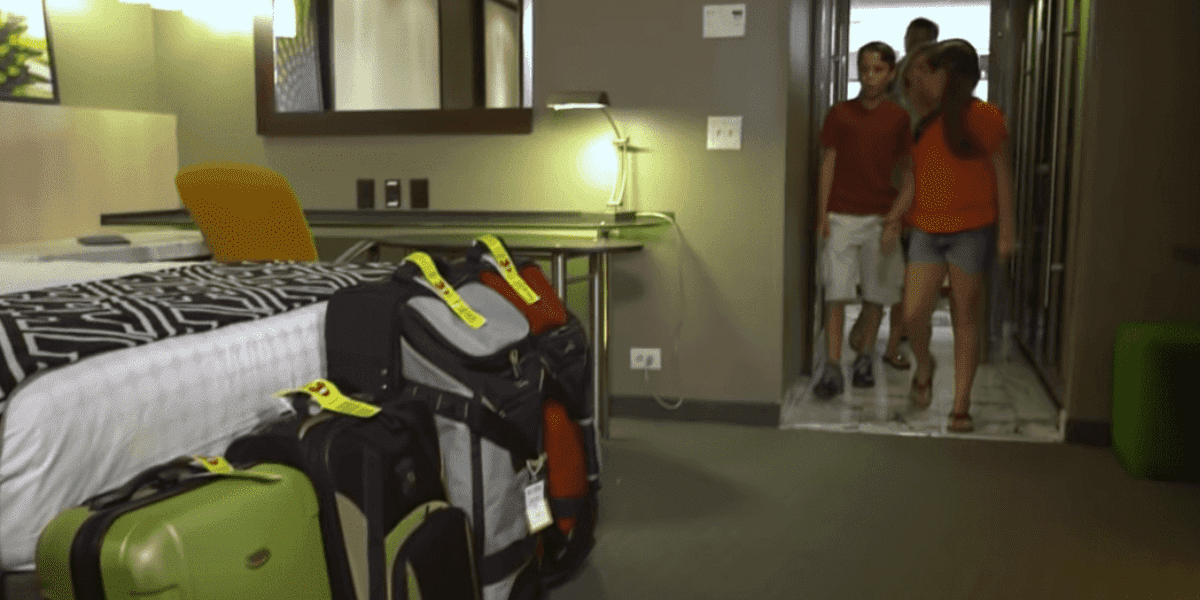 Prior to the Park closures due to the COVID-19 pandemic, Disney World used to offer what was called Extra Magic Hours. On rotating days, one of the four theme parks would either open an hour earlier or remain in operation two hours after public closure, exclusively for the delight of Guests staying onsite at any Walt Disney World Resort. Following Disney World’s reopening, Extra Magic Hours have been discontinued. Taking the place of Extra Magic Hours is the option for Early Theme Park Entry, in which Disney Resort Guests are allowed to get in 30 minutes earlier than non-Resort visitors. There are also Extended Evening Hours available on select nights, but those are only available to Guests staying at a Deluxe Resort. All other Disney Resort Guests may not participate. 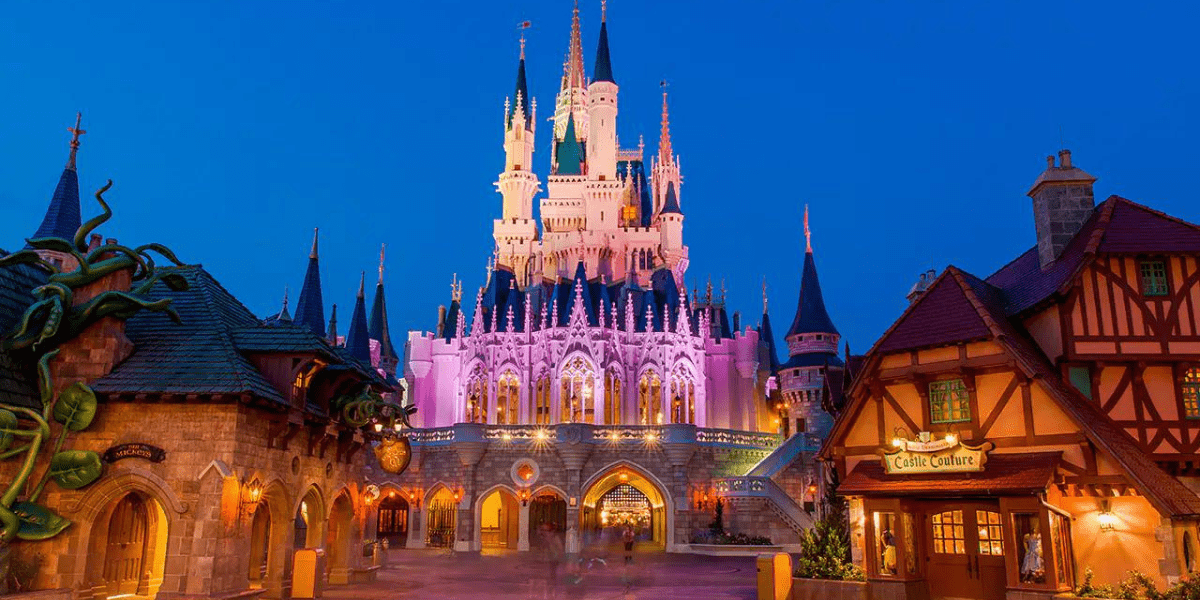 Related: No More Extra Magic Hours? What to Know About ‘Extended Evening Hours’

This is one of the most controversial hot topic changes that has been applied to the Disney experience since Parks reopened after COVID. It’s the need to make an advance reservation to visit Disney World Parks in addition to merely purchasing a ticket.

This mitigation effort of sorts was initially put in place as a way to control crowds visiting Disney World. The year was 2020, and social distancing, crowd-reducing capping off at public venues, and other measures were very rigidly instilled into everyday life. But now things are largely returning to normal. Even Park Hopper is back! But still, Guests must make Park reservations in order to visit Disney World. This has many fans enraged. Gone were those days when visitors (primarily locals) could decide on a last-minute impromptu trip to Disney World, purchase tickets on the spot, and then go on in accordingly. Bob Chapek even seems to be gushing over the Park Reservation System, deeming it as being beneficial and even increasing the overall Disney experience. What planet is he living on? Because, countless others feel that the total opposite is true. It’s just one more thing to stress over and lament when thinking back to Disney World visits during the BC Era. 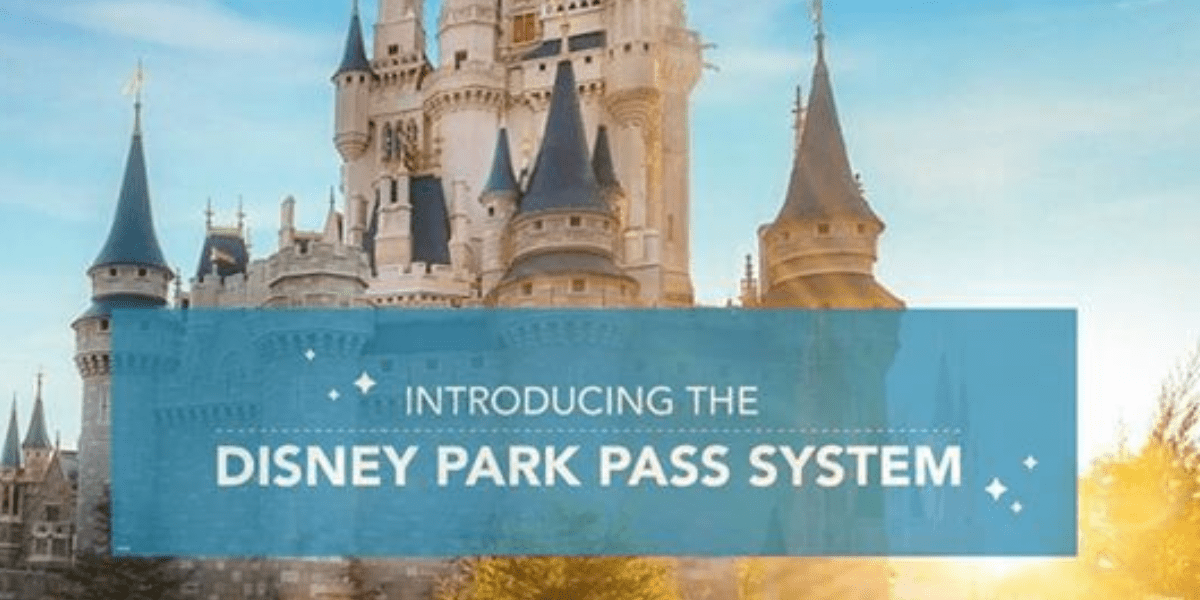 When the Parks first reopened to the public back in July 2020, one of the numerous missing benefits Guests immediately noticed was that the beloved FastPass+ system was no longer being implemented. While we all eagerly awaited any word of its eventual reinstatement, the news came out in August 2021 that all FastPass services (and the Disneyland MaxPass service) would be permanently retired. In its place would be a brand-new Disney Genie service, which would initially include a premium Genie+ option for Guests visiting the Parks looking to use newly established Lightning Lanes.

If all the new jargon being thrown our way wasn’t already confusing enough, once we all got wind of how the Disney Genie services worked and what the heck a Lightning Lane even was, it became even more frustrating. The long and short of it all was now we no longer had a free option to reserve up to three ride preferences in advance while planning out Disney vacations. Now we’re stuck with a costly option where we have to wake up bright and early, make just one selection the day of, and pay extra to secure a spot in line for high-demand attractions.

While it was never perfect, let’s all be honest and admit that FastPass+ was so much easier to use, far more convenient when trying to arrange dining and other plans at Parks in proximity to slated ride selections, and it really did seem to have far less glitches than Disney Genie does. It’s just one of the myriad other examples by which Disney’s viable replacement is a downgrade from what we all loved so much in the BC Era. 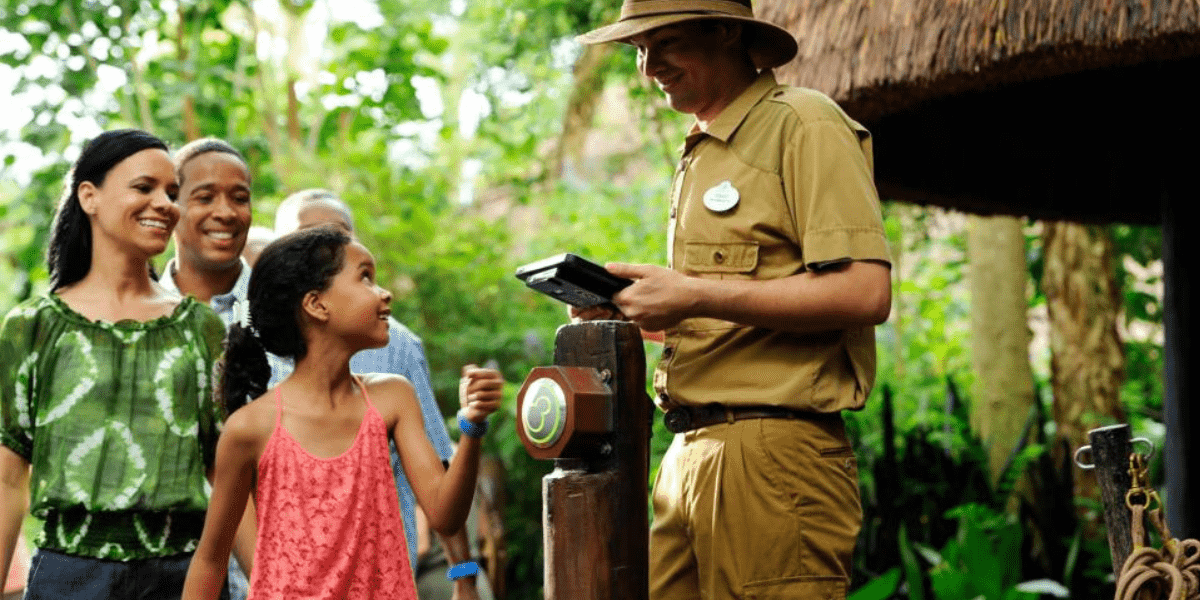 The scene at Walt Disney World Resort and other Disney Parks the world over is forever changing. And we all have to admit that some of the initial, temporary negative changes that we first saw upon reopening following the COVID closures have since been done away with, thankfully. Now we can only hope that what is currently “broken” in a sense will eventually be restored as well. Perhaps things will be even better than before, although topping Disney World experiences during the BC Era is going to be a difficult accomplishment to come by. 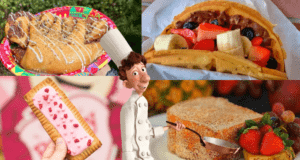 Unique Breakfast Novelties You Need to Try at Disney World 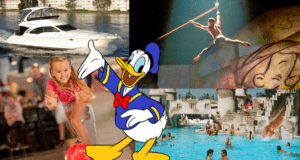 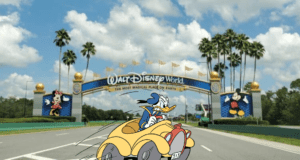