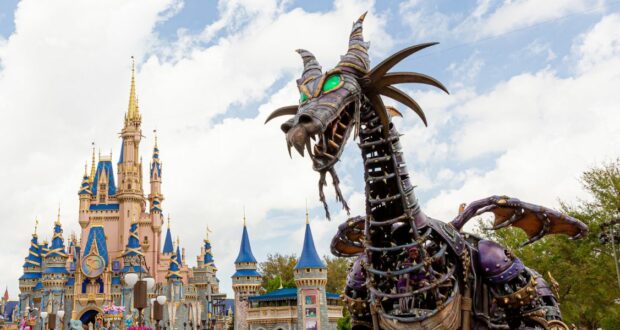 There has been a lot of negativity about Disney in the news lately. In fact, that’s been most of our previous coverage. But despite the bad news, there are some things about Disney Parks that are still going strong and shining bright no matter what.

So, let’s take a moment to celebrate them.

Whether you are looking to try some new food and drinks to try inspired by places and cultures from all over the globe. There are new activities to enjoy and live musical performances. EPCOT is truly a permanent World’s Fair, and its International Festivals help drive that home.

There is always something special about a live performance inside a Disney Theme Park. Whether it is watching the Dapper Dans on Main Street, U.S.A., or the Festival of Fantasy Parade (the Maleficent Float never gets old), it is impossible not to watch without getting excited.

The fireworks shows are multi-million-dollar works of art, as well as other nighttime spectaculars like Fantasmic!, or World of Color over at Disney’s California Adventure and Disney D-Light at Disneyland Paris. Yes, there are times when people like to point out the smallest issues when they happen.

But there is always something magical about them. And that brings me to my last point.

3. The Magic is Still There

No matter how bad the news gets on this site, it all fades away when I drive through the blue and gold archway, and I know I am back in the Most Magical Place On Earth. As much as people try to deny the idea, you cannot help but smile when you see Cinderella Castle for the first time on your Disney Day.

RELATED: Honest Review of Disneyland from a Disney World Regular

Whether your go-to is Walt Disney World Resort, Disneyland Resort in California, or any of the other Disneyland Parks around the world, all of the drama found in the world of today can fade away, and you still escape to a world of yesterday, tomorrow and fantasy.

I still love Disney, and I will continue to go enjoy the Parks and absorb as much of the magic as I still can. And I will always encourage all of my readers to do the same.

In the meantime, we at Disney Fanatic will continue to update our readers on Disney Parks news and stories as more developments come to light.