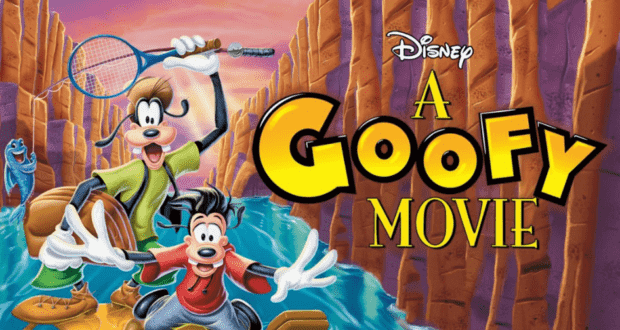 Celebrate Disney’s Goofiest Dad with ‘A Goofy Movie’ This Weekend

We’ve come to make the acquaintance of all different kinds of fathers presented throughout various works within Walt Disney Entertainment. There have been sterner representations, like those of Mr. Banks in the 1964 adaptation of Mary Poppins, as well as devoted doting animal dads who always put their young ones first, such as Pongo from the 1961 movie 101 Dalmatians and Mufasa from the 1994 movie The Lion King.

An undeniably immense variation exists as far as Disney dads go, but they do all share at least one very universal trait: they all mean well and have only the very best intentions…even when they manage to goof up a bit. And no one knows more about the art of goofing up than Disney’s one and only Goofy, who coincidentally also happens to be a father! 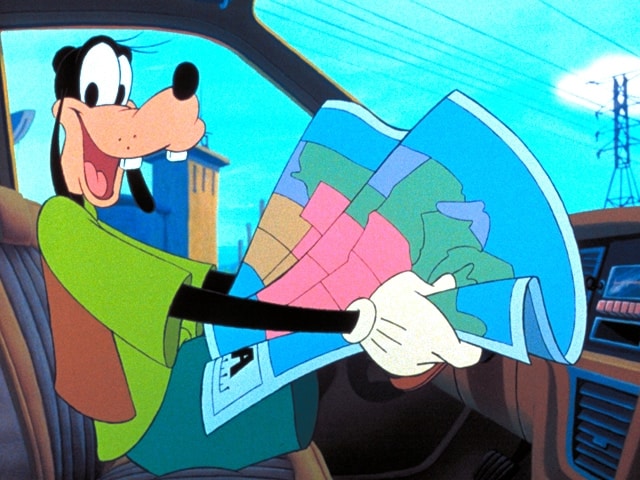 Goofy has always been a favorite among Disney’s most iconic classic characters, and he continues to be a favorite with scores of newer generations to this day. Back in 1992 he even led Disney’s Goof Troop series, which later spawned two follow-up feature films that kept the established plot going strong. There was A Goofy Movie, which was released back in 1995, and later An Extremely Goofy Movie in 2000.

The idea of watching such a “Goofy” dad in a full-length animated movie along with your own father by your side may actually be a most befitting concept. And that is why we’re recommending A Goofy Movie for this weekend’s Disney+ family movie night pick! 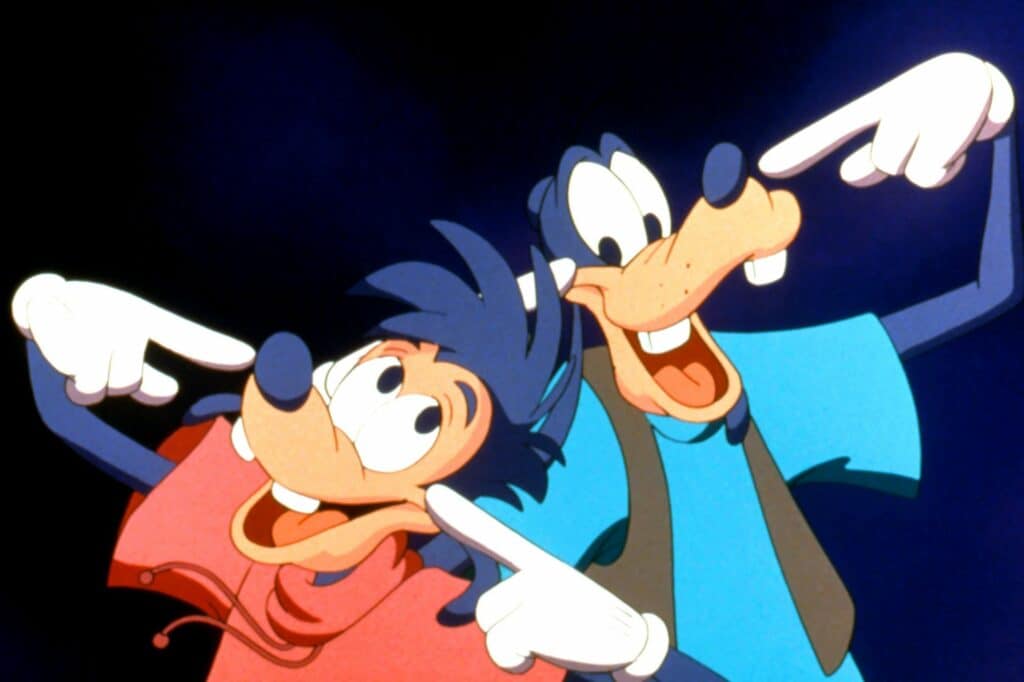 Max Goof is now a teenager in high school, who longs to make a name for himself as a popular “cool” kid and win the attention of his secret crush Roxanne. His attempts at making it big go a little too far, however, when on the last day of school he pulls the ultimate attention-seeking stunt that lands him in hot water with the principal. When Goofy gets wind of Max’s having acted out, he is concerned that his son might be headed down the wrong path in life. The solution, he feels, is to reestablish a bond between them by going on an extended fishing trip—recreating an event that he and his own father shared long ago.

But this time around things do not go as planned. Max’s enthusiasm for this impromptu fishing trip isn’t particularly high either, especially considering that it gets in the way of his plans to attend an upcoming party with Roxanne, where the main event will be watching a live concert performance featuring everyone’s favorite pop star Powerline. As Max is forced to break his very first date, Roxanne doesn’t take the news too lightly, leading Max to create an elaborate excuse for doing so.

He tells her that his father knows Powerline personally and is taking him to the concert to meet him. Pardoned by the already-impressed Roxanne, now the only thing left for Max to do is to foil his father’s fishing plans by rerouting the mapped-out directions in his favor, leading them to the Powerline concert instead. The journey, however, is of course wrought with loads of misadventures along the way—just as you’d expect from any work featuring Goofy at the forefront. A Timeless Tale of Adolescent Struggles

Despite being a heavily dated throwback that screams obvious 1990s in just about every single way, A Goofy Movie excels in its representation of all those timeless adolescent struggles that never go out of fashion. From longing to fit in at school to working hard at impressing a potential significant other, all while actively avoiding the unintended embarrassment of a well-meaning parent, all the classic age-old scenarios are included in the film.

While the Goof Troop series portrayed a much younger Max Goof, the character has grown up quite a bit by this first feature film installment and is now depicted as a high schooler looking to make a name for himself. Like most youths within that age range, he has become increasingly aware of his father’s many quirks and his prone-to-clumsiness demeanor and is therefore desperate to avoid becoming like him at all costs. 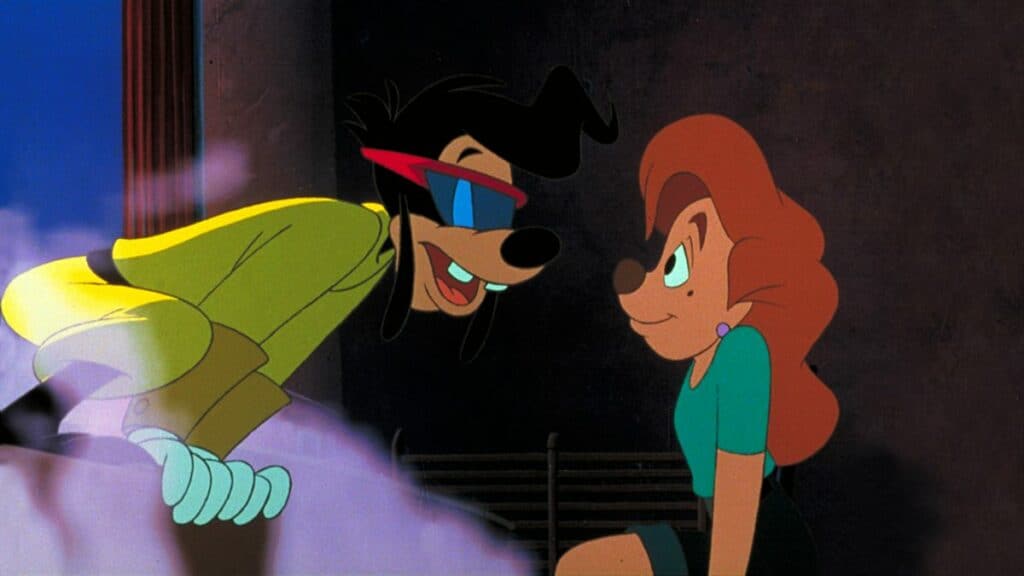 While we can’t help but love Goofy for those very character flaws, we do get a little insight into Max’s inner thoughts as well. Therefore, we are all able to sympathize with what he is going through at least on some level. Even though this is just a cartoon, everyone watching can mutually relate to the concept of wanting to “stand out” in a good way, be accepted by the cool kids, and avoid embarrassment while trying to navigate existing personal insecurities about oneself. While we get to chuckle along with all of Goofy’s good-humored parenting at play within this film, we also get to see those of the other fathers featured here as well. Who would have thought the act of fathering could be so different from one family to the next?  The most obvious side-by-side comparison we get to observe is that forever bantering paternal play between Goofy and Pete, which was first set up in the Goof Troop series and continued on here.

There is an undeniable, unspoken competition of sorts between the two.  While he would be quick to deny it, Pete clearly feels s sense of envy toward Goofy. We see this during the photo shoot scene when the mother directly proclaims that Goofy has a way with kids. This praise is then followed by Pete’s feeble attempts to also make himself look successful. And that’s why he starts going on and on about his upcoming trip with P.J., placing an emphasis on the idea that his son wants to spend time with him. While Goofy is too goodhearted to feel outward jealousy, Pete does successfully plant ideas and preconceived notions in his head — particularly highlighting those concerns Goofy already has about Max. Another father we get to meet in this movie is Roxanne’s very imposing, overprotective dad. A man of very few words (all he does is growl), his intimidating silence, large stature, and discomforting presence all say much more about his character than any words ever could. All the same, he very obviously cares about his daughter, which is why he’s hesitant to let her out of his sight with an unknown boy — even if it means humorously spying on her out on the porch through the mail slot! Goofy may be, well “goofy,” but he’s still a great Dad who exudes fantastic fatherly qualities. He is responsible, where it really matters. He does after all own a home, raise a son, keep things tidy and in good working order, and live responsibly. He may be zany, but he comes out on top just the same. Goofy is genuinely concerned about his son’s well-being and does not want to see him go down the wrong path. He’s also sincere in wanting to re-establish a bond between them. And while he is a fair kind of fellow, who trusts his son by giving him added responsibility and independence, he’s also not afraid to put his foot down when necessary.

We even get to see him test Max after catching him in a lie, playing the fool by not letting on that he knows the truth, and then still providing a discreet way for Max to redeem himself. When Max does not, Goofy displays very genuine disappointment as a frustrated parent. 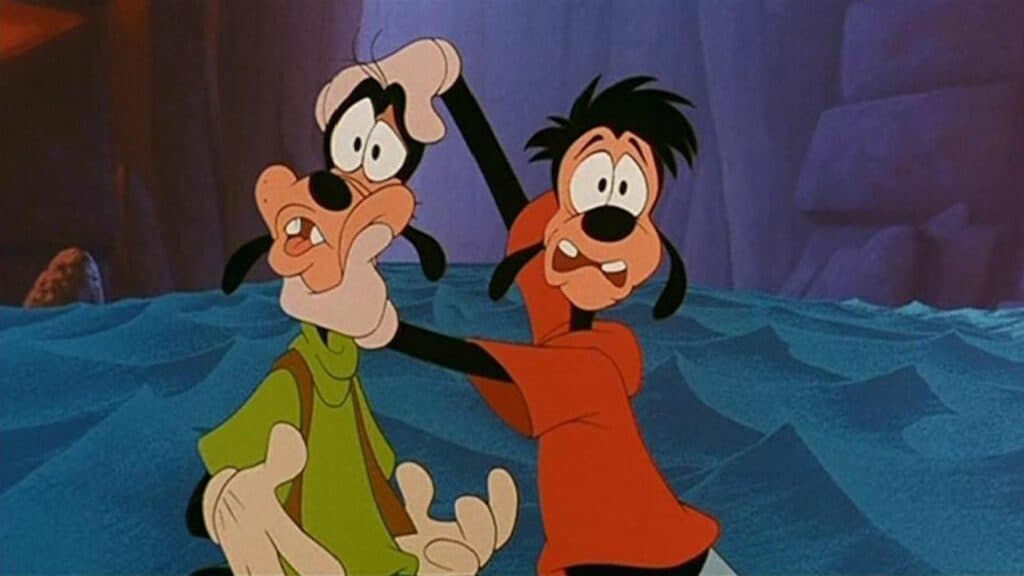 At the heart of it all, Goofy is more than a father; he is his son’s best friend in good and bad times alike. How many other fathers, upon learning that they unintentionally ruined their son’s chance at being cool, would proactively make the impossible possible by getting him on stage with the biggest pop star of the day?

Again, he rescues Max from a lie, by finding a way to make it not a lie, but still leads him to do the right thing and come clean about his dishonesty all the same. That’s the ultimate demonstration of true morale and maturity just below the surface of a fun-loving goofball exterior. And it is the perfect balance that arguably makes for the perfect father figure. 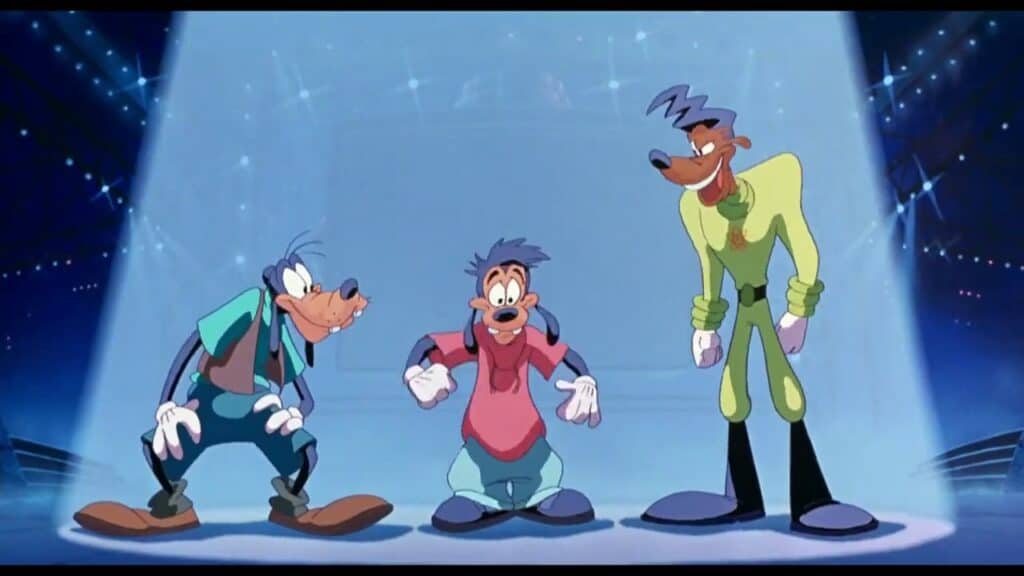 This film about Goofy does just fine on its own as a wonderful feature presentation. But in paying a true tribute to classic Disney, we can’t help but appreciate all those subtle additional callouts. This even includes directly mentioning Walt Disney by name when Goofy and Max are playing the name game while driving.

There’s also a point in the film when Max makes a reference to Donald Duck being Goofy’s friend. Later on, we even see Donald Duck make a quick cameo appearance alongside Mickey Mouse. And let’s not forget the Mickey phone in Max’s bedroom! Minor details such as these work well in staying true to Disney’s tradition of intricately weaving in hidden Easter Eggs without any overt fanfare. It’s all in the details. And on one other note, the fact that this film is actually a musical with synchronized songs included throughout serves as just another reminder that this is essentially carrying on a beloved classic Disney movie tradition. Related: Facts About the Life and Legacy of Walter Elias Disney

If you want to keep the Goofy dad celebration with your own dad going even further, then perhaps you’d like to make it a full-blown Goofy movie marathon with both A Goofy Movie followed by An Extremely Goofy Movie. There are also loads of other Goofy-centered features to find amusement with streaming big-time on Disney+. It’s the perfect way to celebrate your own father with the ultimate tribute to one of the most iconic dads in all of Disney Entertainment!