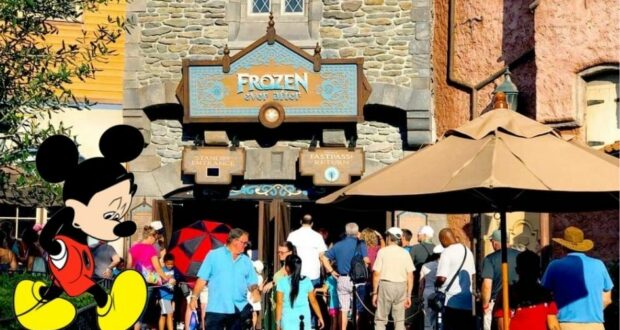 Just last year Walt Disney World Resort introduced its new upcharge service that replaced the former complimentary FastPass system. Now, it seems like security has been brought in to help alleviate disgruntled Guests in the Parks.

RELATED: Video Captures Yet Another Fight at Walt Disney World, This Time in the Magic Kingdom

The second piece is Disney Genie+ (similar to the former FastPass system) which allows Guests to skip the standby line via a Lightning Lane entrance for 2-3 attractions per day for $15 per person. The third piece is the individual a la carte Lightning Lane attractions which are rides not included in Disney Genie+. Guests can decide to pay out of pocket to skip the line to ride for a price that varies depending on crowd size (typically around $13 per ride).

The confusion and the cost of the Lightning Lane entrance is obviously not a Disney fan favorite but Guests are doing their best to adjust accordingly. It seems like not all Guests are pleased, however, and Disney is working to help with problematic issues it may cause.

At this merge point, Disney Security has been added. @FitBelleFi took to social media to share a photo along with, “Security stationed at the Frozen Ever After merge point. Mr. Chapek, tell us more about how Guests love Lightning Lane.”

It’s unfortunate that Disney now has the need to add security guards to critical spots in an attraction queue, but here we are. We’ve seen plenty of fights go viral at Disney, and hopefully, with these security guards posted as key boiling point areas, the friction between Guests will be minimalized.