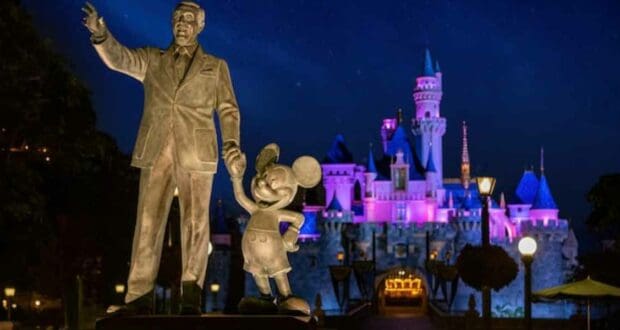 Disney Adult Breaks Down at Sight of Disney Castle, Internet Mocks Her

It’s well known that Disney fans care deeply about the Disney Parks and the Disney experience. Except recently, one Disney adult was mocked for her breaking down at the sight of a Disney Park castle.

The Walt Disney World Resort and Disneyland Resort are well-known Disney vacation spots, and for good reason! The Disney Resorts are filled with myriad rides and attractions that many Disney fans feel very strongly connected to. In fact, we’ve reported previously on a younger Disney adult who broke down at the sight of Cinderella Castle in Magic Kingdom Park at Walt Disney World Resort.

That Disney Adult was mocked relentlessly for breaking down, and now we have another instance of the same. One Disney Adult shared the video of her visiting Disneyland and breaking down at the sight of the Sleeping Beauty Castle in Disneyland Park. She literally falls to her knees after not being able to see the castle through the pandemic.

This display of emotion, while perhaps genuine on her part, was not particularly well received by fellow adults and fans on TikTok who slammed the fan for her display.

Check out one reaction:

#stitch with @EM whole different world out there

Meanwhile, one user, Tim S, responded humorously, stating the older he got, the more he understood what Thanos was doing, referencing the Marvel movie where Thanos simply causes half the world’s population to “disappear.”

Of course, not every user thought this behavior was as unacceptable as many perceived it to be. One user, Jasmine, said she wouldn’t judge Disney adults because “why would you judge someone for being happy?”

Another user even went so far as to say they wished they had this much enthusiasm for anything in their life.

Disney adults are certainly a passionate group, and let it never be said they don’t care deeply for everything Disney!

Stay tuned to Disney Fanatic for all the latest Disney news.