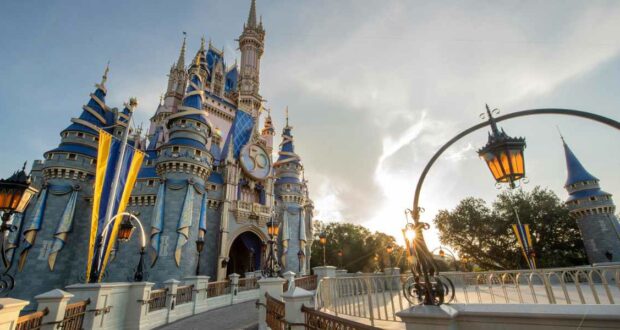 There’s been a lot of disrespectful Guest behavior going around the Disney Parks recently, and Cast Members are speaking out.

The Disney Parks—be that Magic Kingdom, Disney’s Animal Kingdom, Disney’s Hollywood Studios or EPCOT in Walt Disney World Resort, or Disneyland Park and Disney California Adventure Park in Disneyland Resort—are known to be places of magic and fantasy.  People of all ages from all over the world go there to fulfill their dreams of having that quintessential Disney experience. And the heart of that experience? The Disney Cast Members who work round the clock to make sure every Guest has a smile on their face and can live out their happiest and most magical fantasies.

Per recent social media posts from fellow Guests at the Disney Parks, it’s been reported that Guest behavior has gotten out of hand in recent months. Visitors mess around with props, climb out and jump out of ride vehicles when the ride is live, and some have even reported that Guests have outright spat on Cast Members. It’s unacceptable behavior to say the least.

This issue is so widespread that former Cast Member and TikToker @dappermanatee shared his thoughts on the matter:

@dappermanatee responded to a comment from a fellow fan where the fan was calling for Disney to take more action against these behaviors by instituting a temporary ban. In his response, he acknowledges that customer service jobs are always treated badly. He adds that Cast Members should have more power and be able to fine or kick out Guests for this kind of bad behavior. He even says the fact that Disney workers are union and can still be treated this way is “unacceptable.”

The former CM added that for Disney to be able to enforce a certain level of decorum would take a sizeable police force considering the popularity of the Parks. Still, he was also confident the day was coming soon when the Mouse House developed technology to keep the Parks safer for both Guests and Cast Members. Finally, on a more sassy note, he ended by saying no one likes seeing Guests walked out of the Parks after they misbehaved than the Cast Members.

Cast Members are not only people, but they also work very hard to make sure Guests can have the Disney vacation they dream off, so it’s important to be considerate of them and treat them with respect.