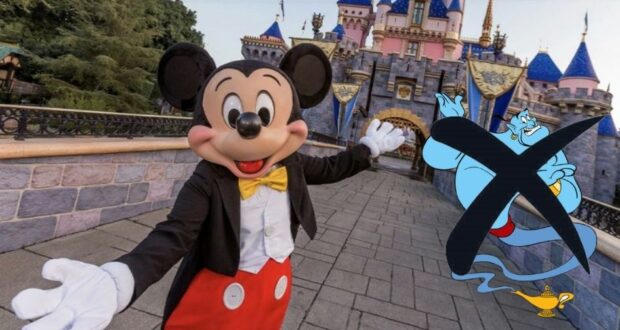 Disney Genie, Disney Genie+, and individual Lightning Lanes look like they are here to stay. BUT – Disneyland is stepping up to say NO to the option to pay to see Mickey and his friends.

When we realized the complimentary FastPass System wouldn’t be making a return to Walt Disney World Resort, we were nervous to see what Disney had in mind.

Disney has since introduced a new three-piece system including the Disney Genie, Disney Genie+, and individual Lightning Lanes.

Then there are the individual Lightning Lane attractions which are the most popular ride that allows Guests to buy their way past the line for an a la carte price that varies depending on crowd size.

Currently, when purchasing Disney Genie+ at Walt Disney World, Guests have an opportunity to skip the line for several character experiences via the Lightning Lane entrance.

At Disney’s Hollywood Studios Guests with Disney Genie+ can skip the lines for Sorcerer Mickey and Minnie Mouse at Red Carpet Dreams and Olaf at Celebrity Spotlight.

With Mickey and Minnie returning soon for their character meet and greet at Disney’s Animal Kingdom, we suspect they will be added to the Disney Genie+ list there as well.

The hard to stomach part is watching families that are waiting in line to see Mickey and other Disney characters while Guests that were able to pay the $15 upcharge for Disney Genie+ walk right past them with no wait in the Lightning Lane. It just feels like it massively lacks that Disney magic environment.

It sounds like Disneyland understands this! According to the OC Register, “Disneyland visitors won’t need to purchase Genie+ to high-five Mickey Mouse, strike a royal pose with Cinderella, or give Olaf a big hug when up-close character meet-and-greet photo opportunities return to the Anaheim theme park after a pandemic pause.”

When Character Meet and Greets return to pre-COVID experiences on April 18, Disneyland Resort officials have made it clear Guests will not be using Disney Genie+ or Lightning Lane services for character interactions at Disneyland Park and Disney California Adventure.

Why the differences between Walt Disney World and Disneyland’s policies for the Disney Genie+ character interactions? We truly aren’t sure but will say we’re relieved at Disneyland’s decision to put everyone on the same playing field, and same wait system when it comes to seeing the beloved Mickey Mouse and other Disney characters.