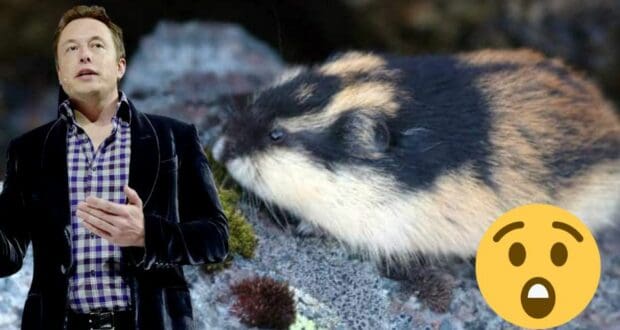 Disney has been facing backlash from many individuals or organizations (not to mention Florida’s governor, Governor Ron DeSantis) in recent months, and now billionaire CEO Elon Musk is joining in!

Elon Musk has shared an article exploring the allegations against the Walt Disney Company that involve mistreating animals for a scene in a 1958 documentary called White Wilderness. Billionaire CEO Elon Musk is the founder, CEO, and Chief Engineer at SpaceX. He is also the angel investor, CEO, and Product Architect at Tesla, Inc., as well as the founder of The Boring Company and the co-founder of Neuralink and OpenAI. Credit: CNBC

One particular scene that is shown below and that is from the documentary, according to Elon Musk and his source, was allegedly faked by Disney and involved the abuse of lemmings, which are adorable Arctic rodents.

“Ironic that Disney would disparage an entire class of rodents when their main character is a rodent – jealous maybe?” Elon Musk said in the Tweet shown below about “the dark origin of the lemming mass suicide myth.”

Ironic that Disney would disparage an entire class of rodents when their main character is a rodent – jealous maybe?

Elon Musk then shared an article from travellemming.com that alleges that “the Walt Disney Company staged a mass lemming suicide in an Academy Award-nominated documentary film.”

“Now Disney didn’t create the myth that lemmings jump off cliffs to commit mass suicide,” the article says. “There are references to the concept dating as far back as this 1918 National Geographic Magazine — but Disney is widely credited with popularizing the idea with its 1958 nature documentary White Wilderness.”

The website cites the Alaska Department of Fish and Game and alleges that “the producers staged the entire scene by importing lemmings to the area of Alberta where the documentary was filmed (where lemmings don’t live naturally, by the way) and then essentially forcing the lemmings over the cliff and into the water!”

These allegations of animal cruelty were also examined in a 1982 Canadian Broadcasting Company series titled Cruel Camera, which “aimed to show the world the unkind ways animals are treated off-screen for movies and documentaries.”

According to this documentary, which can be seen below and includes an interview with Walt Disney’s nephew, several disturbing things were being done by Disney behind the scenes of White Wilderness. The Disney documentary is discussed between 20:54 and 29:50 in the video.

Travellemming.com listed a few examples in the article shared by Elon Musk: “Producers paid Inuit children in Manitoba a quarter per lemming to gather up the rodents; they didn’t have enough lemmings, so the same small handful of lemmings were thrown in the water again and again to create the illusion of a mass group suicide; and, the body of water pictured in the scene isn’t the Arctic ocean, but the Bow River in downtown Calgary!”