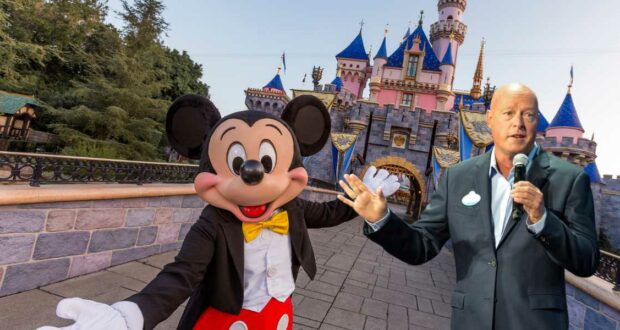 A Disney fan spoke about the tactic that the Walt Disney Company executives and the team are using to keep the Company going and speculated on the kind of apology the Company would owe fans in a few years’ time for the decisions they’re making right now.

Some fans speculated that Disney was now “spending their consumer trust” and would let it go so far that the next time would have to come and clean up its mess and “earn” fans’ trust back. Disney fan and Reddit user u/WithDisGuy, started the discussion on the social media platform.

“We need to earn your trust back” Disney CEO around 2026

I can already sense the suit speak years before it happens, but it looks like the goal is spend all their consumer trust for short term profits and then let the next team do the clean up and give that speech. I’ve seen it with so many companies. I never thought I would see Disney use this tactic.

If they follow the desperation revenue playbook, the next move is to increase WDW passes and bring back magic key sales for a pre-holiday boost. I mean, they aren’t renewing at the pace they expected according to my sources and keys will come back sooner than we thought. Ruh roh.

Many fans in the comments agreed. “This is a very common way CEOs do business, always in the short term. And why not? They get theirs,” u/Therocknrolclown wrote regarding Chapek and the Walt Disney Company executives. “Many strong and viable companies have been wiped out in a few years with this mentality.”

Others said Disney will find its way out of financial trouble as it always has. From u/phicks_law, “Somehow they will get a government subsidy or bailout to stay alive even if the CEO spikes the company. It’s the American way.”

Despite how fans feel about the Walt Disney Company and its current face, Disney CEO Bob Chapek, the CEO has stood behind many of the Disney company’s controversial decisions. Think the early 2022 controversy with Florida Governor Ron DeSantis surrounding the Florida bill, the Parental Rights in Education Act, also referred to as the “Don’t Say Gay” law. Chapek has also doubled down on the controversial Park Reservation system, the new Disney Genie suite, and Genie+/Individual Lightning Lane program. He has publicly praised Disney Cast Members while the company’s response to unions asking for better living conditions was to oppose them and introduce hiring freezes.

No matter Disney fans’ feelings about the current situation, Chapek is here to stay considering his renewed contract, so only time will tell what is coming for the Walt Disney Company.