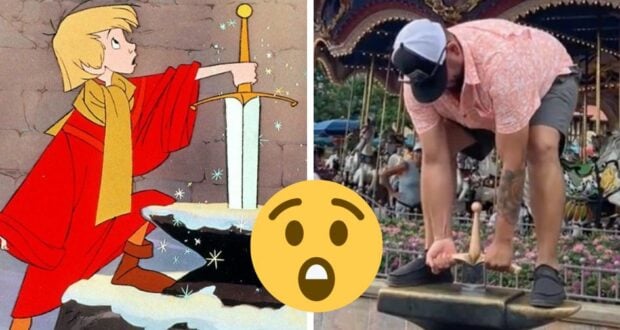 Guest Violates Disney Rules During ‘Sword in the Stone’ Challenge

“I hype other people up [too] while I wait [my turn]”, JoJo Crichton wrote in the video’s caption (whch is shown below). The video shows another Disney Guest climbing onto the Sword in the Stone attraction, which can be found near Prince Charming’s Regal Carrousel within the Magic Kingdom at Walt Disney World Resort. 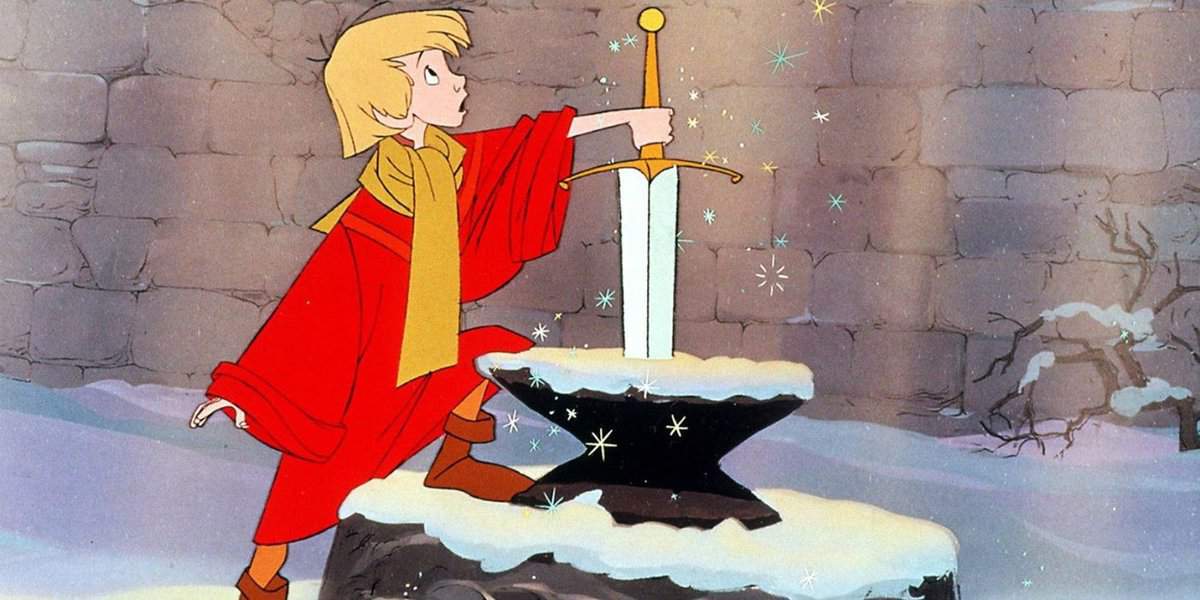 Arthur the future king removing the sword from the stone in the 1963 Disney movie ‘The Sword in the Stone’. Disney’s version of the sword in thes tone is located near Prince Charming’s Regal Carrousel and the King Arthur Carrousel. Credit: Disney

JoJo Crichton’s attempts to retrieve the sword have been comical and lighthearted ones (such as the one in the video shown above), but this new video shows another Disney Guest trying to pull the sword from the stone while being literally on top of the Disney attraction. Climbing on Disney attractions is a common misdemeanor among Disney Guests (particularly in Disneyland Paris at the moment), so even though JoJo Crichton calls the other Guest’s approach a “good strategy”, it is not actually a permitted strategy.

JoJo Crichton did put his foot on the sword’s stone, but the TikToker did not climb directly onto the sword’s hilt like the other Disney visitor did. Have you seen anyone go to extreme lengths and break Disney rules in an attempt to pull the sword from the stone in the Magic Kingdom and become the King of Fantasyland?