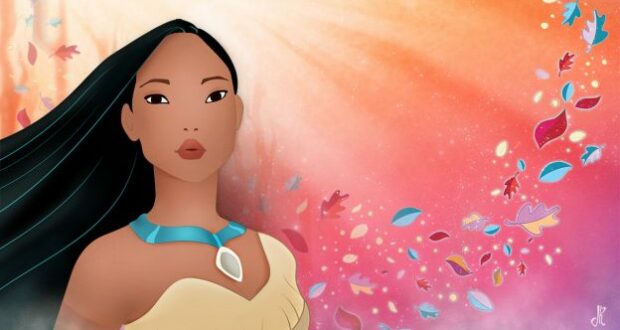 New World Discoveries, an Appreciation for Nature, and Forbidden Romance: Why Watching Disney’s ‘Pocahontas’ This Weekend Is the Ultimate Family-Friendly Way to Reignite Appreciation for Bucolic Beauty and Respect for Cultural Diversity

There’s a lot going on this Earth Day Weekend. With springtime blooming into abundance across North America, many families are also feeling a renewed, invigorating desire to get back to nature and rediscover the unbridled wild wonders of the world.

But with the season still being young, schools still being in session, and weather patterns still throwing out unpredictable curve balls here and there, many of us are still staying localized for the most part. That’s why family movie nights continue to score high on the list of family togetherness go-to activities every week, and this weekend is no exception.

In keeping with the objective of reigniting a love and appreciation for nature along with all of its bucolic beauty, we feel that the Disney animated classic Pocahontas, from 1995, makes for a most appropriate Disney+ streaming recommendation. Even though it was inspired by actual events and real-live people, by now most folks are well aware of the fact that Disney’s version of the story has been largely fictionalized and romanticized.

But that doesn’t detract from the beautiful story being played out, nor does it take away from the moral messages that are being showcased in the Disney movie. What’s more, Disney’s presentation is done in a masterful way that perfectly blends the delivery of otherwise sensitive content with an entertaining, romantic story arc that successfully captures and keeps the attention and interest of viewers of all ages.

Set in the year 1607, a time when what was still known as “the new world” was still largely uncharted by European explorers, two very different stories unfold that involve two very different protagonist leads. First, you have the story of Captain John Smith, an adventurer from England who has set out on a quest to find gold in the New World.

Then you have the personal story of a young Powhatan woman called Pocahontas, who is living quite comfortably and naturally in the only world she’s ever known (that same said “New World”). Pocahontas finds herself at a crossroads in her life, unable to decide between following her heart and yearning for new adventures or settling down and marrying a warrior of her father’s choosing.

That’s when she comes across John Smith. While Smith initially arrives in this new land with preconceived notions about its inhabitants and the very different lifestyles of “savages” (as they are referred to), once he and Pocahontas meet she opens a new pathway to discovery, challenging everything he ever thought he knew. Both characters learn from one another and grow with each other, finding and fostering a new love and respect far beyond the previous renderings of both perspectives.

Like all good Disney adaptations, the movie compiles a mix of humor, personable woodland creatures, supernatural takes on the natural world (like talking trees and voices of the wind), and drama brought about by an antagonist. And in the classic format, said drama leads to climatic action, anger, confusion, and eventual resolution.

All the same, this story is unlike other Disney films in which all loose ends are neatly tied up and the film’s protagonists live happily ever after. But that’s likely due to the real-life facts at play that get interlaced into this largely fictionalized account. All the same, it still serves as an excellent watch that the whole family can sit down to enjoy together — even the practical, ardent history buffs among you.

Disney’s Pocahontas is the ultimate tribute to nature’s majestic magic. While the continental focus is that of our own world far before modern developments, it still gives off a sense of escaping to a new, faraway exotic land that is unharmed by man’s interference and serves as home to humans and animals alike who mutually share in and live off of the land.

While it can stoke a bit of nostalgic lamenting as we see in current times what the eventual outcome came to be, this movie still offers us a utopian flashback in getting back to premium (albeit primal) living — and the idea that land is not truly owned by anyone, but is intended to be nurtured and cared for in exchange for providing for those who inhabit it.

Just think back to the lyrics of the movie’s most iconic song “Colors of the Wind” and you have a pretty clear-cut summary of its overall motif.

The idea of two characters who aren’t “supposed to” be together somehow managing to fall in love is a time-tested tactic in storytelling that’s been successfully winning over audiences pretty much since the dawn of time. And the theme is just as popular today as it’s ever been, even among the youngest of viewers.

So, the fact that a forbidden romance buds between Pocahontas (the Powhatan Chief’s daughter) and English explorer John Smith provides the perfect balance between well-scripted friction and romantic chemistry in an uncharted unknown. And for those who take great delight in seeing more diversity or inclusion being played out in onscreen adaptive relationship models, it’s worth noting that Disney’s Pocahontas was in many ways the ultimate game-changer — presenting one of the very first animated depictions of an interracial couple.

Although Pocahontas earns praise and ovations for being a very notable first for positively portraying an interracial couple that we the audience find ourselves cheering for so entirely, there have been sensitivity issues that have come up about the film’s content.

This particularly pertains to what some have flagged as inconsistent, stereotypical portrayals in regards to how Native Americans are presented. But the reviews are mixed, and some overlook controversies to find appreciation in the very fact that Disney, at last, presented not only its very first American Disney Princess, but also one that was truly American in the truest sense of the word.

In getting back to the cultural clashing in the film, we can’t ignore history in a historically-based story — even if it is fictionalized. But watching this film today as modern viewers with newer perspectives on diversity and culture, the recounting of former hostilities should really actually serve to foster a more renewed sense of appreciation and mutual respect in today’s world rather than rehashing those hostilities.

Therefore, it’s safe to assume that Pocahontas came out at just the right time, back in 1995. If the film were produced today, it probably wouldn’t have been able to get away with much of its included content, particularly the chilling song “Savages.”

Back to Basic Beautiful

At the very essence of the overall presentation of Pocahontas is the idea of getting back to the basics and reaffirming a more unbridled, untampered, naturally-occurring beauty. This includes both the natural world in the physical sense, as well as our roles as mutual key players who exist within it.

The film reinforces the flowing, underlying idea that we are all the same — dependent on one another with a need to cherish everyone and everything (animal, human, and the land) with a mutual awareness, respect, and a fulfilling desire for everlasting interconnectedness.

In addition to Pocahontas there are many other great shows and movies to stream this weekend on Disney+, in honor of Earth Day and in honor of appreciating nature in general. In sticking to a Disney Princess theme, another awesome suggestion is Moana from 2016.

But in all fairness, Disney Princesses in general tend to have a communal bond with the natural world, so you really can’t go wrong with whatever you choose. Other wildly wondrous hits include Tarzan from 1999 and The Jungle Book (both the 1967 animated and 2016 live-action versions). And let’s not forget about all those gems to check out by Disneynature, including the eagerly anticipated release of Polar Bear. With so many great things to watch on Disney+, it’s only “natural” to celebrate with the ultimate family movie-filled weekend!