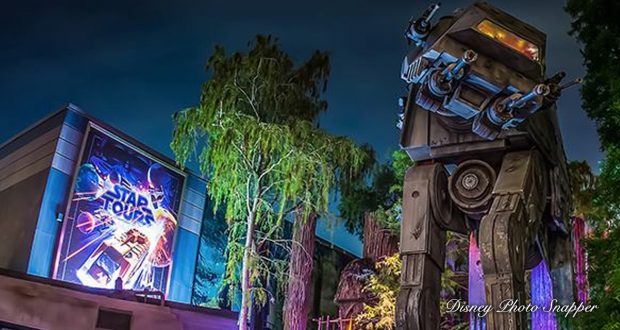 There are many ways to immerse yourself into the world of Star Wars, whether it’s by watching all the movies, the TV shows, or experiencing everything Disney World has to offer where Star Wars is concerned. You can jump into hyperspace on Millennium Falcon: Smugglers Run, get caught in battle between the Resistance and the First Order on Star Wars: Rise of the Resistance, explore Star Wars: Galaxy’s Edge, or undertake a galactic excursion on Star Tours – The Adventures Continue. There are just so many attractions that take you to faraway galaxies!

It’s Star Tours that really holds the most appeal, though, and it also happens to be the oldest Star Wars-themed attraction at the resort . While it’s far from the most immersive, we think the concept alone is something that offers pure escapism where the faraway galaxy is concerned. After all, the idea of a ‘Star Tours’ is awesome – earthlings being able to visit the Star Wars universe is unique, and it’s really the only time our planet is ever acknowledged by Star Wars (unless we’re talking about two other franchises that share the same universe as Star Wars!).

However, the attraction focuses on more of a ‘whistle-stop’ tour of the galaxy – during which you meet Star Wars characters old and new, and see planets that also span the franchise – and ultimately lacks in capitalizing upon the very concept it’s designed around. Nevertheless, the Star Tours brand wields so much more potential, and it’s also got us thinking: if an excursion to the faraway galaxy actually existed, which Star Wars planets would we like to visit? It might sound a little farfetched, but that’s the whole point!

If you were able to board a real Starspeeder 3000 and jump into hyperspace, which Star Wars planets would you love to see? And we’re not just talking about fly-throughs like in the attraction – we mean spending a few days relaxing and immersing yourself into different alien cultures! Would you like to go scuba diving in the waters of Naboo and take a selfie with a Gungan? Ewok-spotting on the Forest Moon of Endor? A city break on Coruscant where you can visit the Jedi Temple on an open-air bus (by open-air, we mean aerial traffic lanes, of course!).

Here are all the planets we’d love to visit if Star Tours – The Adventures Continue was real!

Home of the Republic, this bustling city planet is teeming with both human and non-human species, which makes it the faraway galaxy’s ultimate cultural melting pot. And you can forget roads – this is where Star Wars feels at its most futuristic, as the skies are just as busy with traffic (where you’re going, you won’t need roads)! The surface of Coruscant is typically populated with architecture of either a historical and lavish nature – or both, with the Jedi Temple being the best example.

These parts are also home to those with political influence or galactic credits to burn. Beneath these streets are the multiple ‘lower levels’, which reach deep into the planet’s surface. While crime is much higher the deeper you go, it’s not all bad – just like on the surface, there are some night-life areas where you’ll find all kinds of entertainment venues. With that said, if we’re going to be spending our own credits on an excursion, we’d want to be as close to the Jedi Temple as possible, so that we can do some meditation with the Jedi after all that city noise!

Coruscant appears in every episode of the prequel trilogy, and can even be seen at the end of Return of the Jedi. It also appears frequently throughout hit series Star Wars: The Clone Wars.

Any city break should be followed with some much-needed greenery, and Naboo is the perfect retreat for someone who’s been hitting all the Coruscant karaoke bars and exploring the vast archives of the Jedi Temple. This planet is of the green-and-blue variety, with cities of far more regal and royal architecture than even Coruscant. Brilliant green meadows and rolling hills surround these cities, and as for the waters and swamps, you’ll find the sophisticated underwater Gungan cities, whose inhabitants use ‘hydrostatic bubble’ technology to isolate themselves from the water.

You might even be lucky enough to witness a royal coronation if you visit Naboo. But if your timing isn’t right, you can still enjoy the fine arts and foods of this rich and diverse city, which in its historical and amphitheatre-like structures is not unlike the city of Rome in Italy here on Earth! And speaking of history, the fields of Naboo tell the stories of the Battle of the Great Grass Plains. On that note, this planet is also ideal for anyone who doesn’t like sand.

Naboo appears in the first two episodes of the prequel trilogy and a number of times throughout Star Wars: The Clone Wars.

For some reason, the information guide for this planet was all written in growls, but luckily we enlisted the help of protocol droid C-3PO to translate it for us. The planet of Kashyyyk is home to the Wookies, with the most well-known being Chewbacca (though you can never find him on-world). Covered as far as the eye can see in deep tropical jungle and large bodies of water, Kashyyyk might appear like a primitive world, but there’s more here than meets the eye.

The Wookies live in sophisticated structures and are well-known for their technological capabilities, so don’t be fooled by their groans and growls – they’re among the smartest species in the galaxy! There’s a lot of downtime to be had here on Kashyyyk, provided you stay in one of the many buildings on offer. But take note that, as is the case with any jungle environment, Kashyyyk, in its purest form at least, can be harsh and unforgiving.

Kashyyyk doesn’t really feature all that much in the Star Wars TV shows and films, with only a fleeting cameo in Revenge of the Sith.

This aquatic planet is also known as Mon Calamari, sharing its name with the species who inhabit its deep waters. But it’s not just the Mon Calamari who live in these tropical oceans, as it’s also home to a number of other amphibious sentients. And you won’t just find beautiful reefs and kelp forests on the ocean floor here either – there are also some impressive, state-of-the-art artificial structures too, with transparent tube-like tunnels that interconnect various buildings.

It should be noted that Mon Cala is entirely oceanic, so if you’re a fan of dry land then this isn’t the place for you! But if you’d like to experience something unique and see what life is like beneath the surface of these waters, then Mon Cala is definitely one of the more stand-out planets, with perhaps more in common with Kamino than any other planet we can think of. It’s also a great way to see where Admiral Ackbar spent his time a young Mon Calamari!

Mon Cala has only ever appeared in Star Wars: The Clone Wars.

We know that you’re thinking – Tatooine is dangerous at the best of times, with its Tuskan Raiders, Jawas, Crait Dragons and so on. And while those things are still a problem, Tatooine has enjoyed much peace since the Galactic Civil War came to an end. As the most iconic Star Wars planet of all, we think it would be a shame to miss out on a place where the likes of Luke Skywalker, Anakin Skywalker, Rey and Obi-Wan Kenobi have lived.

This desert planet is indeed an unforgiving environment to its inhabitants, though, let alone to outsiders, but spaceport cities like Mos Eisley and Mos Espa offer far more in the way of comfort than the harsh rolling hills of the surrounding deserts do. Crime is also at an all-time low in these parts, but even with that said, perhaps Tatooine is best enjoyed as a day excursion only! Nevertheless, it’s worth landing here for the binary sunset alone.

Tatooine has appeared in The Phantom Menace, Attack of the Clones, Revenge of the Sith, A New Hope, Return of the Jedi, The Rise of Skywalker, Star Wars: The Clone Wars, Star Wars: Rebels and The Mandalorian, and will also feature in upcoming series The Book of Boba Fett.

Sadly, we’ll never be able to visit any of these worlds – at least not in real life. But there is an open-world Star Wars game on the horizon! It’s one of two themed lands at Walt Disney World that’s getting its own ‘free-roam’ game, with the other being Pandora – The World of Avatar.

Currently titled The Star Wars Project, the game has no release date as yet, but the fact that it’s open-world is enough to get us excited. As for whether players will be able to enjoy themselves, though, remains to be seen. But you never know – in a few years from now, we might see you online sipping a blue milk cocktail at a bar on Coruscant! 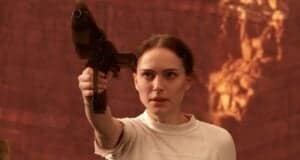