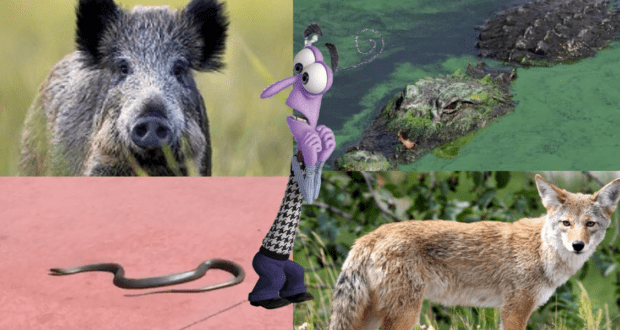 If you were asked about where to find wild animals onsite at Walt Disney World Resort, you’d probably be poised to spout off the more obvious designations. Both Disney’s Animal Kingdom Park and Disney’s Animal Kingdom Lodge come to mind first and foremost. And for those who are more marine-focused, The Seas with Nemo and Friends Pavilion at EPCOT is host to many unique and exotic aquatic creatures. On the Resort side of things, Disney’s Fort Wilderness has quite a reputation for wildlife and is even home to the Tri-Circle-D Ranch, no less. But what if I were to tell you that any Walt Disney World Resort has the potential to serve as the housing grounds for wildlife?

Perhaps you’ve observed a couple of critters along the way, like bunnies, squirrels, and ducks. If you’re really lucky, you may have even spotted the occasional deer out in the distance or even seen a turtle or tortoise or two. Perhaps at one time you even snapped a lovely photo of a majestic-looking ibis here or there, or were surprised to see a wild turkey roaming about! While these are all rather benign, unalarming encounters to smile back on fondly, there are other forms of unchecked wildlife that may be making rounds on Disney property, as they are native to the Central Florida/Greater Orlando Area. Some can even cause quite a stir. From slithering, unexpected critters that pose no real threat to more sinister ones that may even be dangerous, here are 10 surprising creatures you may encounter on Disney World property.

If you are a squeamish person, you may be taken aback by the vast number of fast-moving little lizards out and about Walt Disney World. Anoles are fairly common throughout Central Florida, and these cute little critters are completely harmless. You’re pretty much guaranteed to see them running around at just about every Disney Resort and even within each Disney Park you venture to. Aside from weirding out unsuspecting folks or offending those who have a thing against reptiles and amphibians, these little lizards can do no wrong. 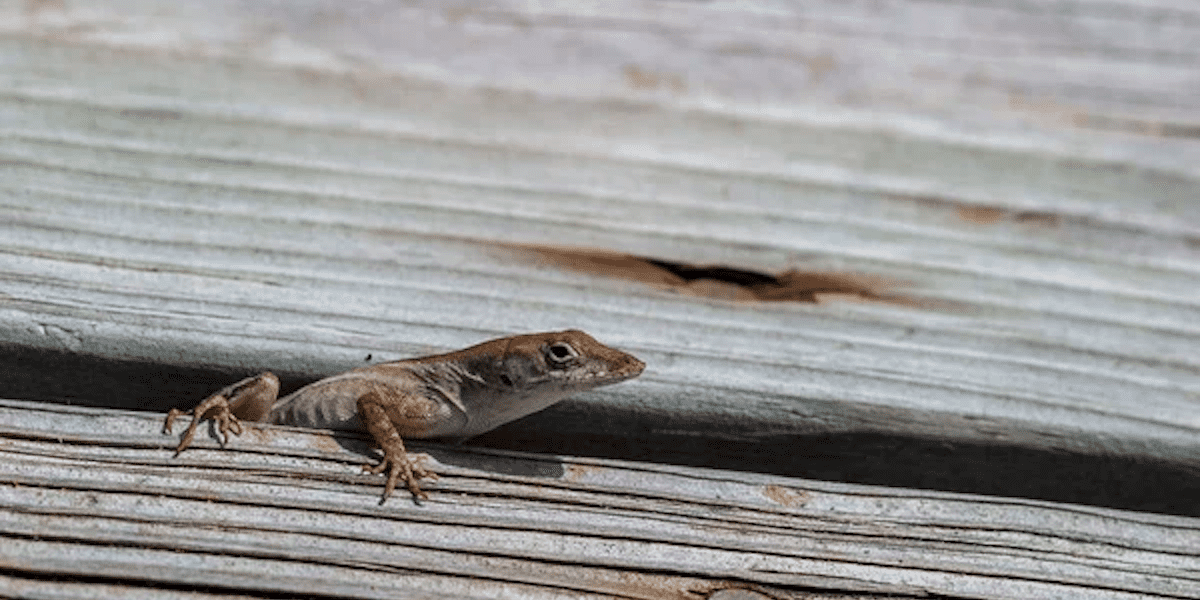 Related: 8 Things To Know About Camping at Walt Disney World

Again, here is a harmless creature with a potentially startling look about it, depending on when and where you encounter it. Alternately known as the “Snake Bird” if you ever see one swimming about, and all you see is its snakelike head bobbing around breaking the surface, you may be puzzled as to what you are looking at! Is it a snake? Is it the Floridian miniature counterpart to the Loch Ness Monster? Relax, it’s only a bird! 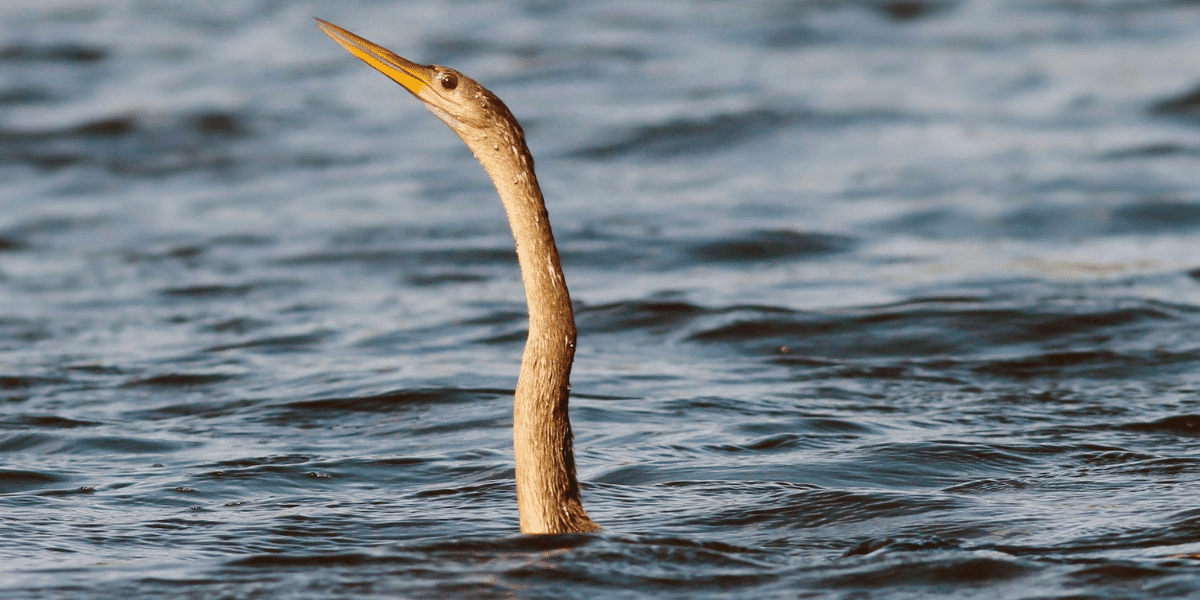 Here’s where things take a more sinister, divided turn. Florida is home to a vast, varied snake population. And in Orlando, there are four well-known venomous species. These include the Eastern Diamondback Rattlesnake, the Dusky Pygmy Rattlesnake, the Eastern Coral Snake, and the Florida Cottonmouth, sometimes called the Water Moccasin.

It is inevitable that numerous snakes can be found around Disney property at any given time. And from time to time, many have been known to make their appearances known slithering about in theme park locations, out in the open! But the fact remains, you can’t always be sure that the snake you see is one of the harmless varieties. So, whether it’s a racer or a rattler, keep your distance and notify a Disney Cast Member immediately. 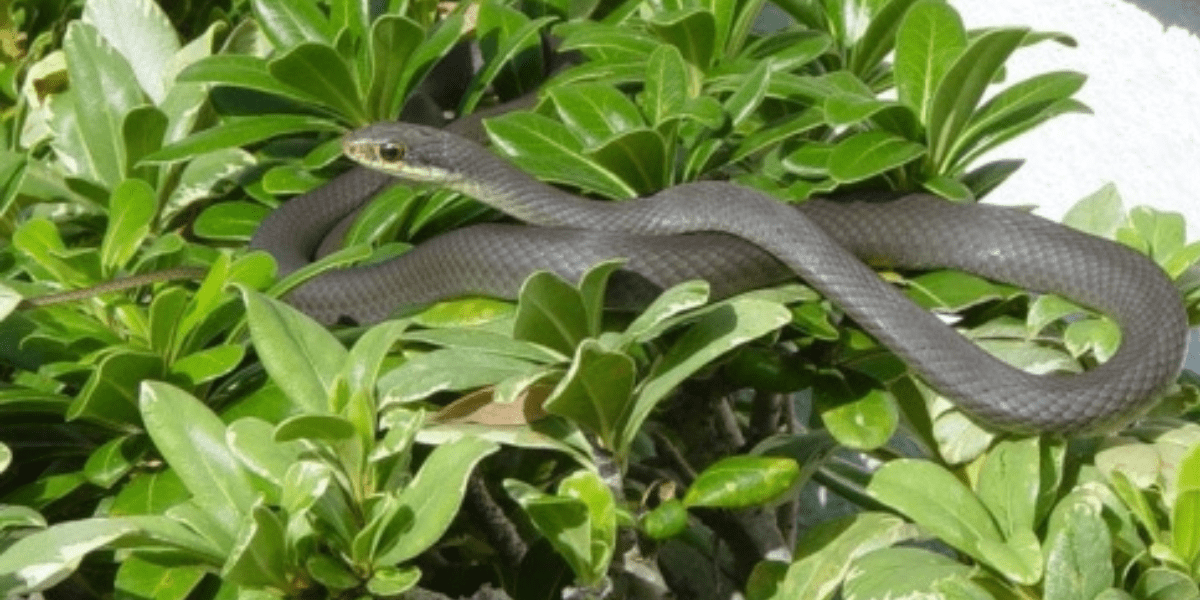 It may be surprising for some out-of-town visitors, but seeing an otter swimming around in the wild is a common occurrence in these parts. In fact, diners aboard the permanently-stationed Paddlefish Restaurant in Disney Springs have reported frequent otter sightings. And while the novelty of such a sight for non-locals may lead to unnecessary attention and crowding around, do be mindful and give otters their space. Also, take heed of the fact that otters have been known to contract rabies if attacked by a rabid predator. 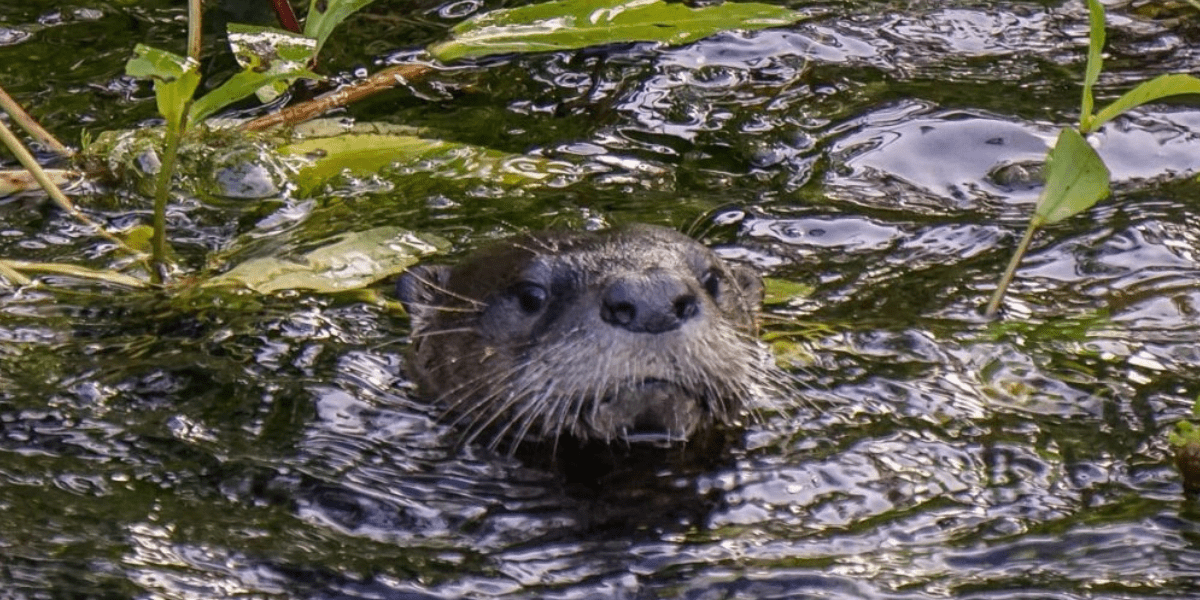 Yes, you just may see an armadillo on Disney Resort grounds. And they’ve been known to sneak into Disney Parks as well. Some unsuspecting folks may be alarmed and started when suddenly coming across one, but other than that, don’t let their armored appearance spook you. Just keep your distance if you see them on Resort grounds. If one is running rogue within a Park, a Cast Member should be notified. 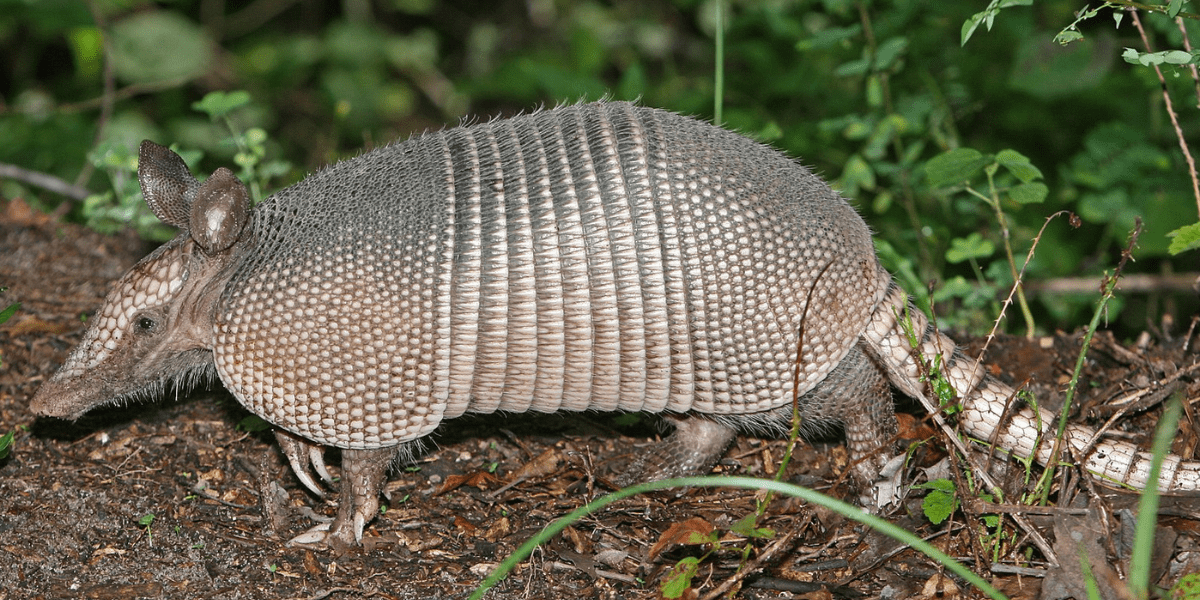 Here’s a wildlife sighting that’s so frequent throughout the United States that their potential presence on Disney grounds can be easily overlooked. But they’re there, and that’s a fact. Again, keep your distance if you see one and notify a Disney Cast Member immediately. 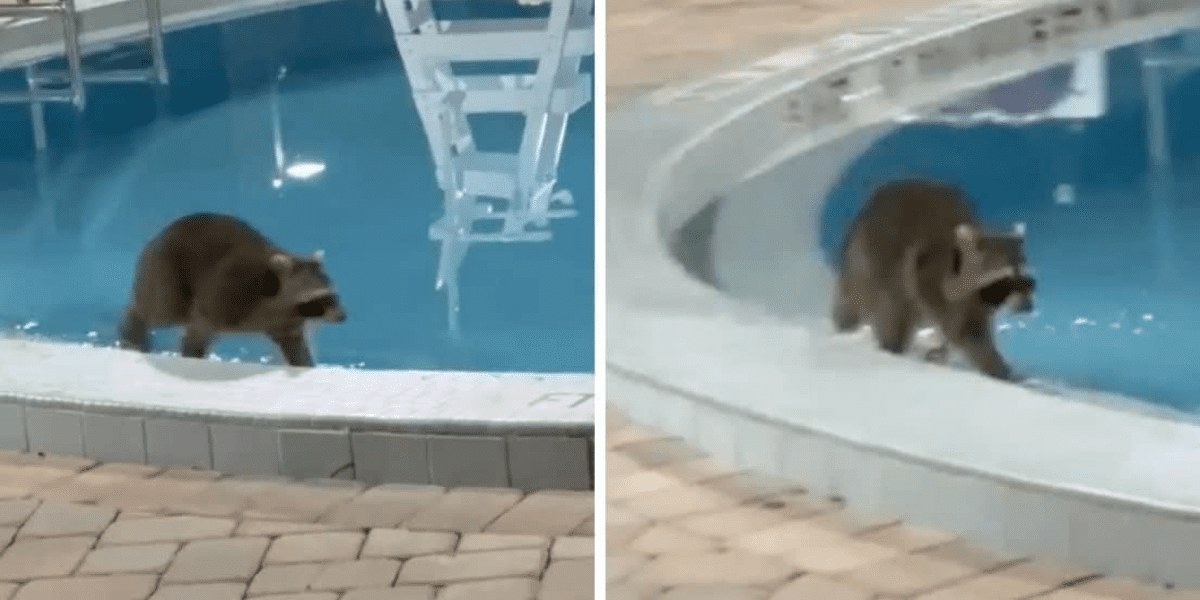 Yes, it is quite possible to see a coyote out and about in the Greater Orlando Area, as well as the arguably less-sinister fox. While the latter is more common, there have indeed been coyote sightings on Disney property in the past. There have even been reported nighttime sightings in the area surrounding Disney’s Ticket and Transportation Center. 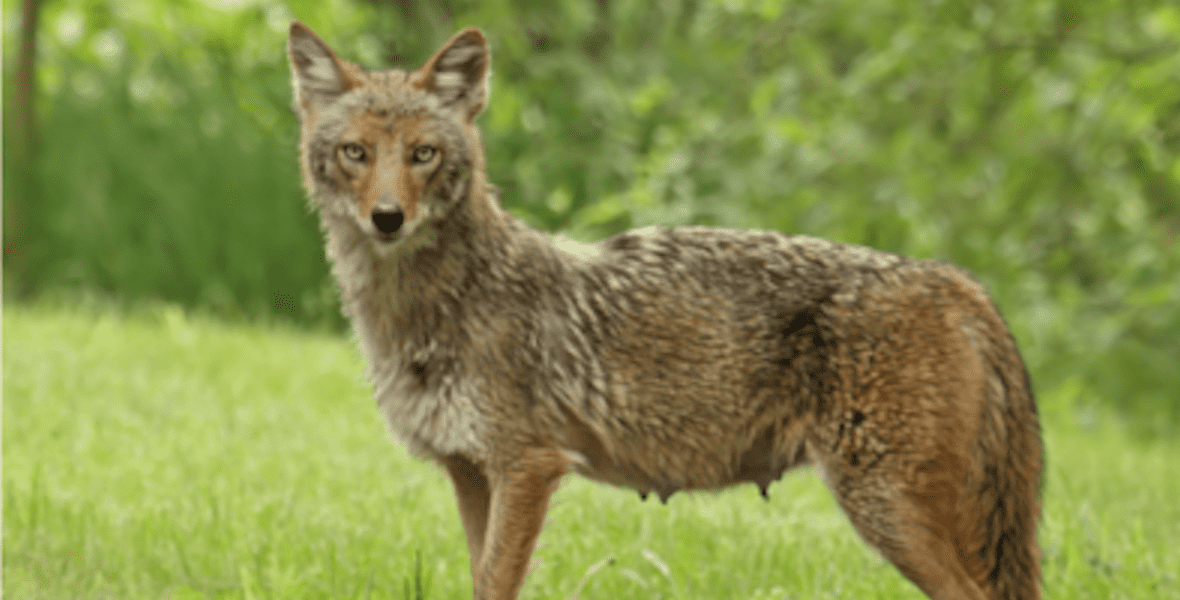 Yes, the Greater Orlando Area has a surprisingly vast wild boar population roaming about. And they’ve been known to cause massive destruction and wreak havoc at that. While feral pig sightings directly on Disney grounds have been rare, there have been several over the years close to home. For instance, back in 1990, a herd of 30-some wild pigs made headlines when they wandered onto the shoulder of a highway close to Walt Disney World, resulting in a traffic jam. In more recent years, drivers exiting Magic Kingdom in the evening hours have also reported seeing several roaming about on public streets, in parking lots, and around dumpsters.

If you see feral pigs while around Disney World, don’t even think about serenading them with a rendition of “Hakuna Matata”. Don’t even approach them. Pigs are territorial and fearless and may even charge you. Keep your distance and notify the authorities (or a Cast Member if the encounter is on Disney property directly). 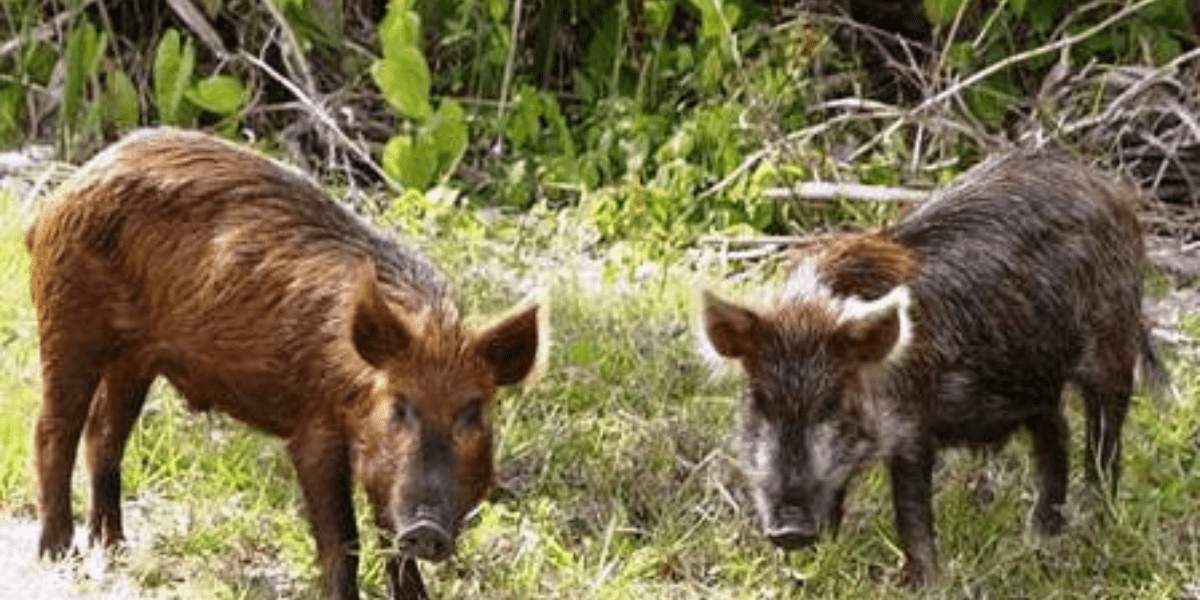 While infrequent, you can’t altogether rule out the possibility of spotting a bobcat within the limits of Walt Disney World Resort. Orlando Florida does indeed have some big cats roaming about, it cannot be denied. There’s also the more elusive Florida Panther, but in all likelihood, bobcat sightings are a bit more frequent, particularly in this area. And there have been some unconfirmed reported sightings off in the distance by Hotel Guests on occasion. But “unconfirmed” is the keyword to remember here. So don’t get all panicked just yet. Just keep cool, keep your distance if you see something resembling a wildcat of any kind, report your sighting to a Cast Member. 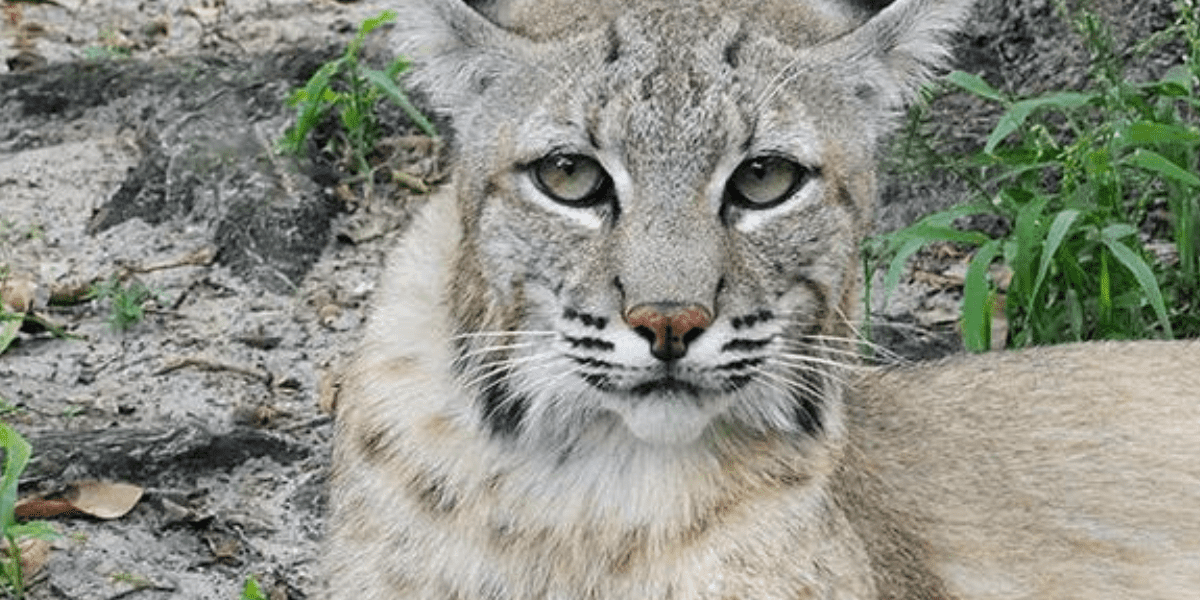 Here is perhaps the most well-known sinister predator to be cautious of on Disney property. And as many of us can recall in recent years, there was a very tragic instance involving an alligator attack and a child vacationing at Walt Disney World Resort. While I refuse to recount the horrific details, what is worth mentioning is that Disney has responded to the incident by removing hundreds of alligators from the premises, roping off previously accessible beaches and swimming/waddling sections, and actively continuing to warn Guests about the potential of these creatures lurking in the vicinity.

By now, the recommended plan of action should be fairly obvious. If you see an alligator, keep your distance and report it immediately. 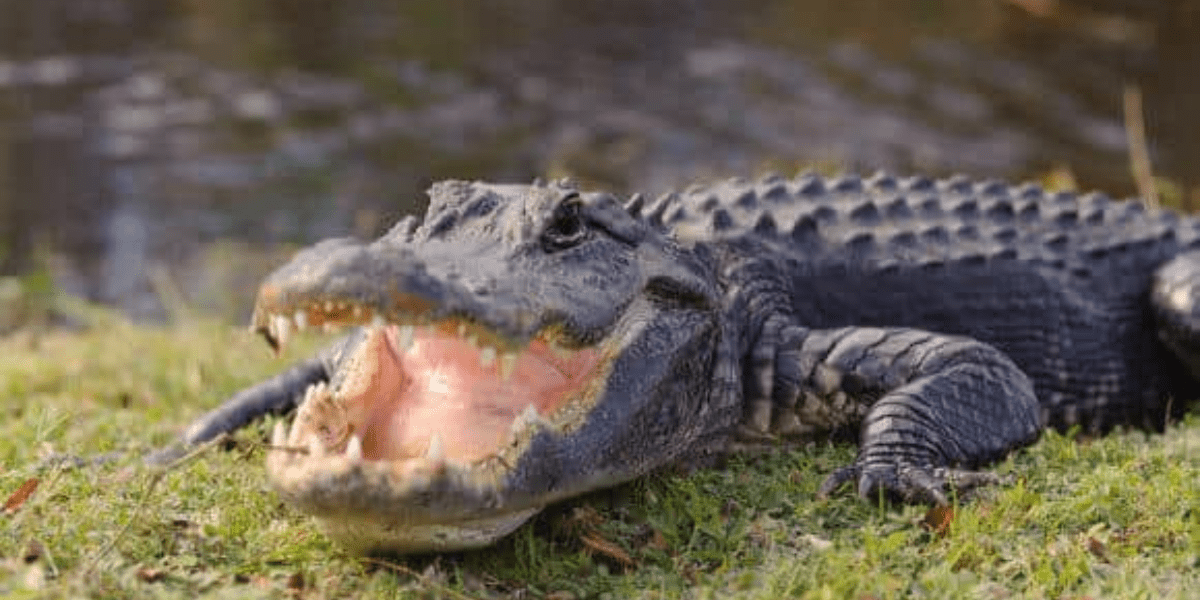 These are by no means the only creatures to be cautious of on Disney property. From Black Bears and skunks to a host of bugs and insects, the list can go on and on for potential critters to avoid on-premises. But you may rest assured in knowing that Disney works with wildlife professionals around-the-clock offering remedial and removal services in such circumstances when a “Treasured Guest” of a wilder making needs very specific handling and escorting off of the grounds.