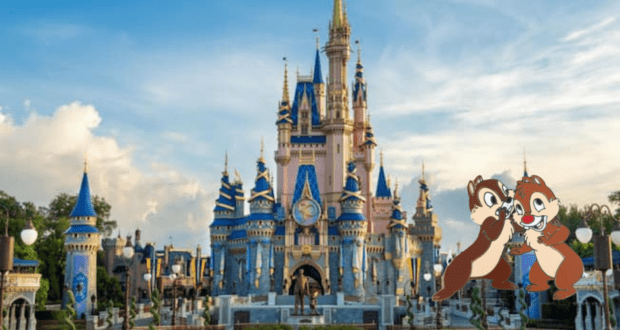 Yes, Disney Has Secret Codes – And Here’s What They Mean!

Do you think you speak the official Language of Disney? Perhaps you do. Perhaps you’ve visited Disney Parks so many times and have had myriad other magical Disney experiences throughout the years that you’re now a pro in knowing all the unique lingo and phrases. You impress your novice friends by explaining to them that the term “Cast Member” refers to a Disney Employee.

You understand perfectly well what it means when someone mentions a “Hidden Mickey” and can even inform whoever’s asking about them where they may find a couple. You can even easily spot the different anagrams for Disney Theme Parks and those for specific attractions within said Parks.

Even if you believe yourself to be up to par in Disney fluency, there are still so many lesser-known terminologies you may have heard about in passing but don’t really know the specific meanings for. We are primarily referring to exclusive signals and secret codes that Disney Cast Members tend to use amongst themselves. Why do they do that? Well, as is the case in running any business professionally and with integrity intact, there are just some things that would be inappropriate to broadcast in general terms, especially in public.

But if you don’t want to be kept in the dark anymore, you’re in luck. We’re sharing with you the meanings of 10 secret codes used by Disney Cast Members amid various situations as they unfold. 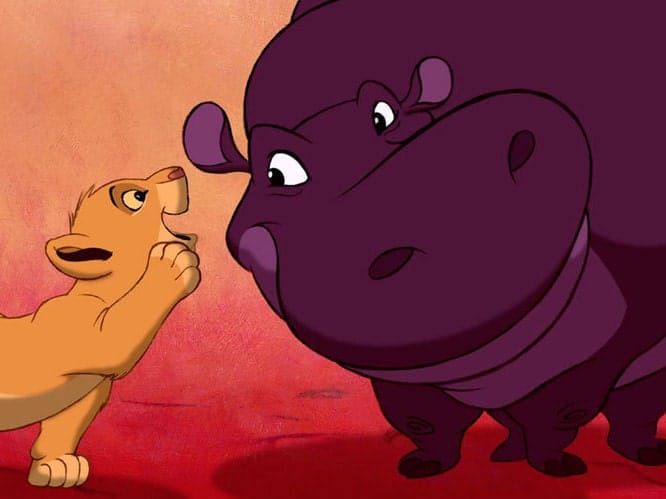 Related: Disney Secret Codes – What are they and what do they mean?

Sorry to burst your bubble, but we are not referring to some major stage performance at a Disney Park. When you hear a Cast Member refer to being “on stage,” it simply means that whatever matter they are mentioning is a public event or an occurrence taking place in front of other Park Guests. Likewise, something that is happening “backstage” is being done in private and without a public audience. Alternately, the term “off stage” may be used in the same context as “backstage.” 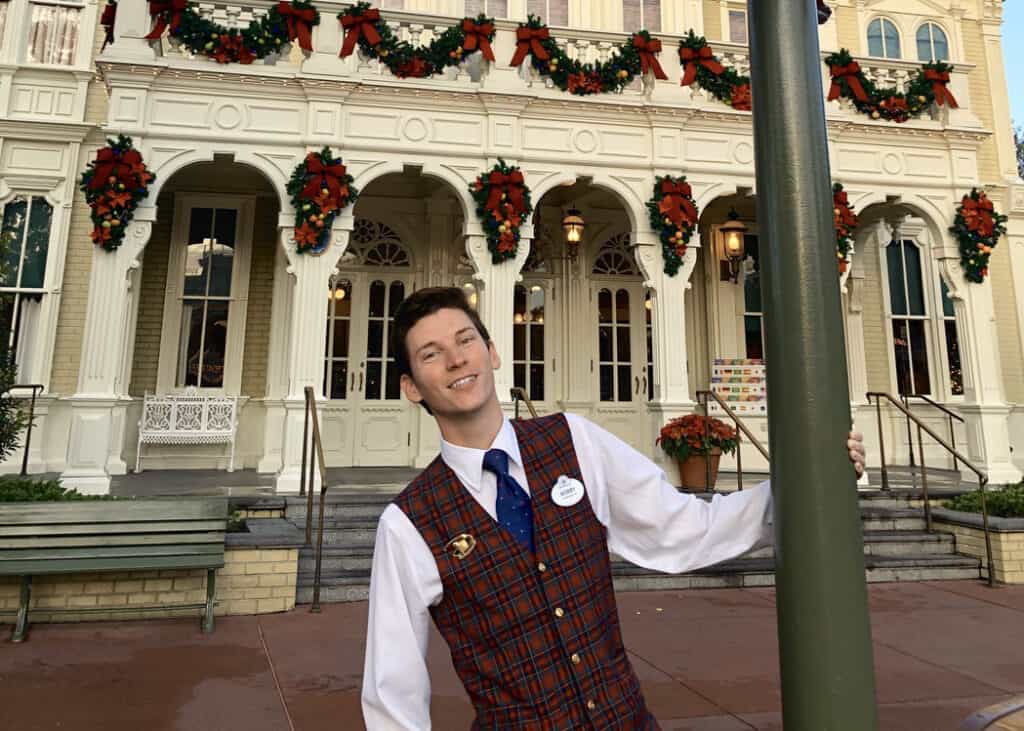 Blatantly saying that a ride or an attraction is “broken” seems flat-out wrong in a magical place like Walt Disney World Resort in Florida or Disneyland Park in California. Besides, something “broken” is unfixable. So, calling a ride broken just because it is not operating at a time is a little too blunt. Besides, there are many other reasons why operations may temporarily cease on a certain attraction—not all technical (as we will cover shortly). Therefore, when something is not currently in operation for whatever reason, Disney Cast Members like to refer to it as being Code 101. Once all has been prepared in accordance and operations may resume, they label the situation as being a Code 102. 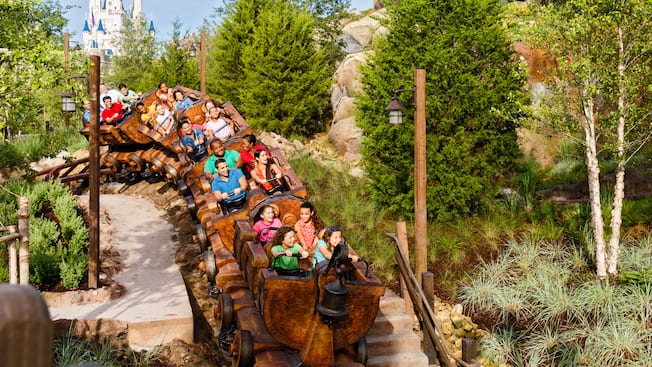 Remember how we said that not all Code 101 alerts refer to “broken” rides or attractions? Sometimes a Code V may be responsible for a Code 101. And by Code V, we mean that very unpleasant bodily event that results in whatever you consumed recently making an unannounced, sudden reprisal before being properly digested. Code V is sometimes more overtly called a “protein spill” as well. But all of it means the same thing…wherever the event has happened, Cast Member Custodians are called to rush to the spot and work in a little cleaning magic.

On a remarkably similar note, there’s also a Code P. The abbreviated letter used in this instance is, quite literally, exactly the same thing when not abbreviated. Perhaps Jack-Jack from The Incredibles has some extra diapers he can spare. 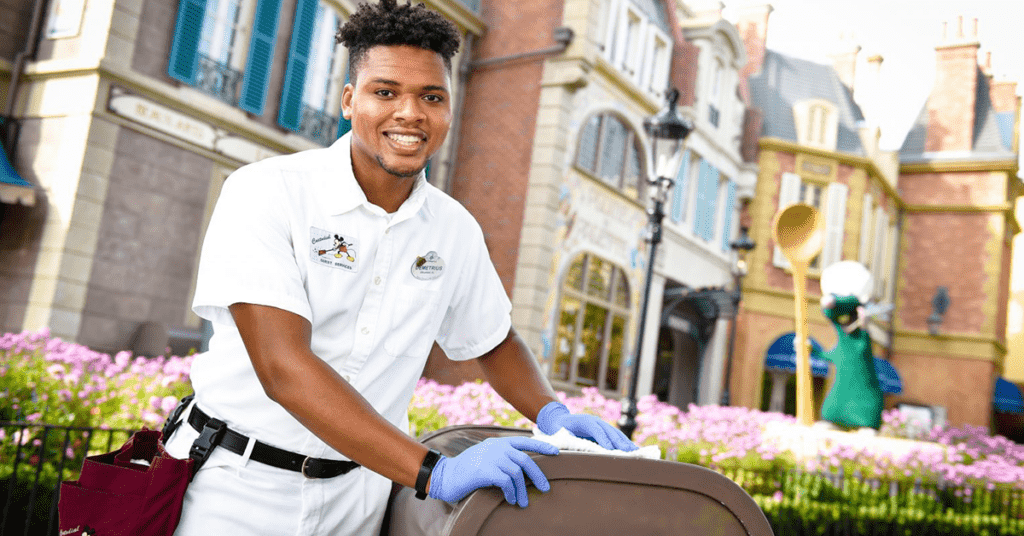 Nobody wants to think about a child getting lost in a Disney Park. This is supposed to be a happy time, free of tense situations and disturbing news. But it’s bound to happen—a child getting separated from his or her party. Therefore, while working to resolve the stressful situation for those involved, Disney Cast Members do their part in not causing concern for any other Park Guests present. They will never say that there is a “lost child.” Instead, they categorize the situation as a “Signal 70.” Alternately they have been known to reference a “lost parent” or sometimes simply a “lost adult.” 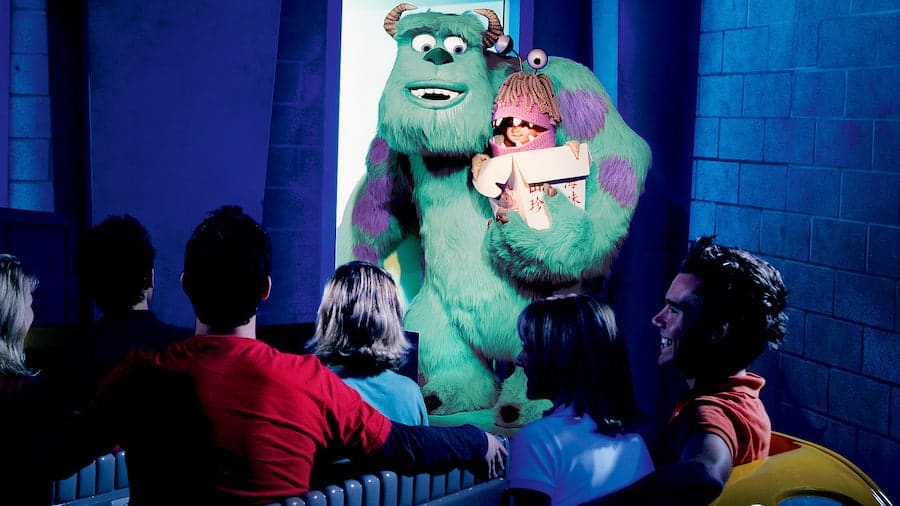 Related: What to Do if Your Child is Lost at Disney World

Another numeric signal that Disney Cast Members tend to use between one another is Signal 25. It’s not a signal you ever want to be present for because it has the potential to be especially dangerous. In short, it is the signal used to alert other Cast Members about smoke or even fire. 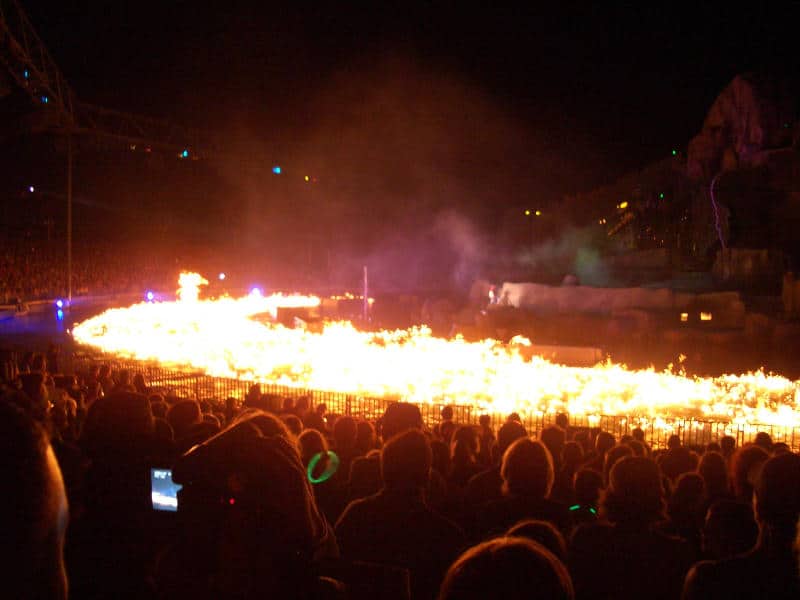 Hopefully, a Signal 25 doesn’t result in the arrival of the Alpha Unit, but in many cases, it does. Whenever you hear a Cast Member makes mention of an “Alpha Unit,” what they are really talking about are first responders. So, make sure you get out of the way and give them plenty of space. If you think the idea of having your final resting place at Disney seems appealing, think again. Many have opted to spread the crematory ashes of a loved one at a favorite Disney Park or attraction, only to trigger what is known as a “White Powder Alert” among Disney Cast Members. Sadly, in such instances, those spread ashes are quickly vacuumed away. One of the most popularly notorious locations that many have unsuccessfully tried to get away with spreading ashes at is each Disney Park’s Haunted Mansion attraction. 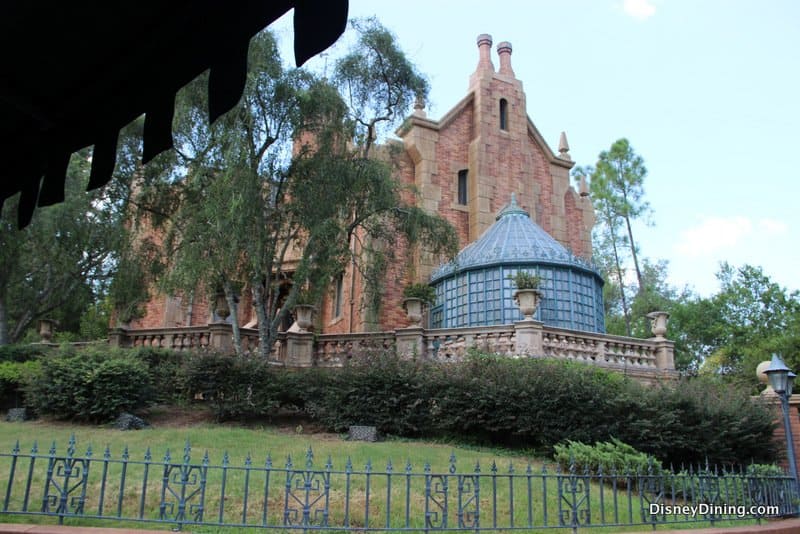 Don’t make the mistake of thinking this is some sort of endearing title bestowed on some important or well-loved visitor. Disney Cast Members are trained to play it cool in all instances, including those most uncomfortable situations in which they are dealing with a difficult or unruly Guest. So how do they refer to such people as to alert other Cast Members? They call the culprits in question a “Treasured Guest.” It’s far less obvious than opting for a more villainous identification. 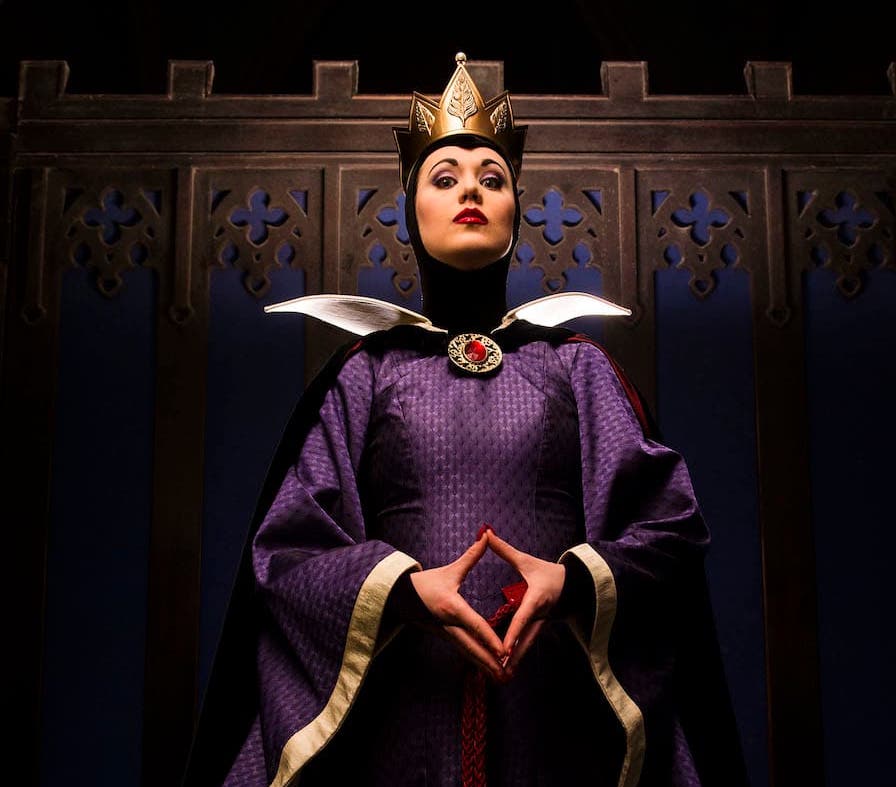 Related: Should Disney Crack Down on Fights Like Knott’s Berry Farm?

After dealing with a “Treasured Guest,” a Cast Member may tell them to “Have a Disney Day.” A carefully laced expletive phrase? It’s more a way of positively blowing off steam…trying to restore good feelings following a very uncomfortable situation.

You should take note, however, that wishing someone a Disney Day isn’t exclusively used in this context. If you haven’t had any confrontations or shown any form of animosity to a Disney Cast Member and they tell you to have a Disney day regardless, they may have truly honorable intentions in wishing you well. However, in my personal experience, the most common expression they use in good times is wishing you a “Magical Day.” 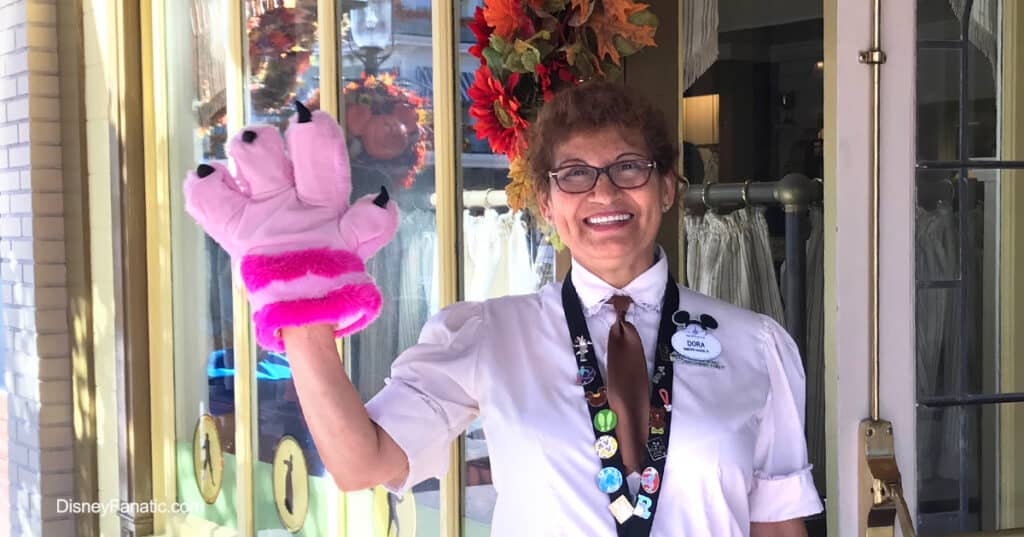 The Company is very serious about confidentiality in Disney Character roles. Therefore, it is prohibited for a Cast Member who portrays a character in one of the Parks ever directly to disclose the role they fill. Instead of saying something like “I am” or “I play” a particular character, you’re more likely to hear a discrete reference to the friendship between them and their character identity. Such statements are perfect for leaving just the right amount of room for ambiguity. For instance, if someone claims to be friends with Donald Duck, they may be alluding to the fact that they do indeed play the Duck, or they could be saying that they are another character who is close to the Donald Duck character…like Mickey Mouse, for instance. You never can be one hundred percent sure, and that’s the way the Walt Disney Company likes it. 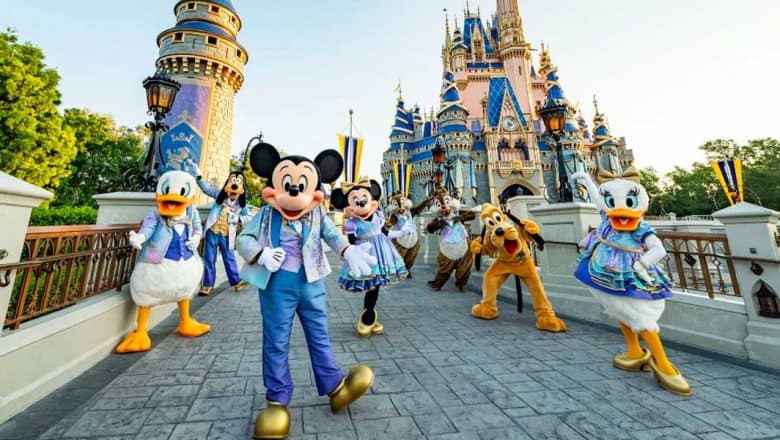 Related: 8 Inscrutable Requirements For Being a Character At Walt Disney World

Disney Cast Members have succeeded in developing several clever tactics for secretly conveying information to one another in the presence of a broader public. And these are just a few of the numerous other extensive codes and signals they incorporate. Unless you score a job as a Cast Member one day, it would be nearly impossible to learn them all, even if you are fairly fluent in Disney lingo otherwise.