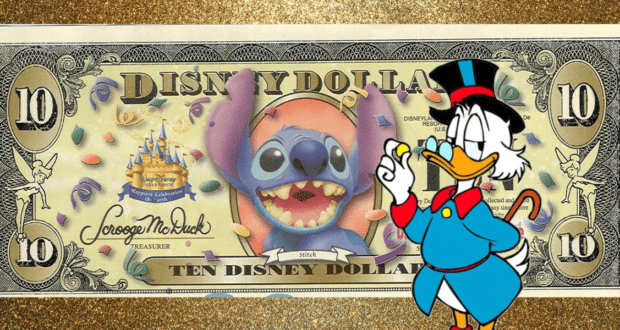 Anyone who has ever been on a Walt Disney World vacation knows that it doesn’t come cheap. You have all those travel expenses to consider along with paying for needed accommodations. Then there are Walt Disney World ticket costs, and maybe even those additional extras you opted for, like Park Hopper and Memory Maker. In the end, you could very well end up coughing up far more cash than you initially expected.

You’ve also come to realize that even the simplest, everyday items tend to cost extravagantly more when purchased on Disney property. This may lead you to question whether or not anything is reasonably priced at any Disney Park and Disney Resort location. Is the Walt Disney Company after all your money? But there is good news for those who happen to only have just $10 maximum on them at the moment. Want to know what you can do while remaining within your meager pocket budget? Here is a list of 10 purchases that fall within the range of only needing to spend $10 at most at Walt Disney World Resort.

Every Walt Disney World accommodation, whether it is a Disney Value Resort or a Deluxe Disney Vacation Club Resort, has its very own resident gift shop on location. And each one houses a wide range of souvenirs. While Disney-themed items can of course be found, each shop also boasts a cute, albeit, common assortment of Resort-specific souvenirs. You know the ones—keychains, magnets, and all those other little items that make great gifts for teachers, coworkers, and friends. Or maybe even a little memento for yourself! All in all, many of these little Resort-specific souvenirs fall within the $10 or less price range. 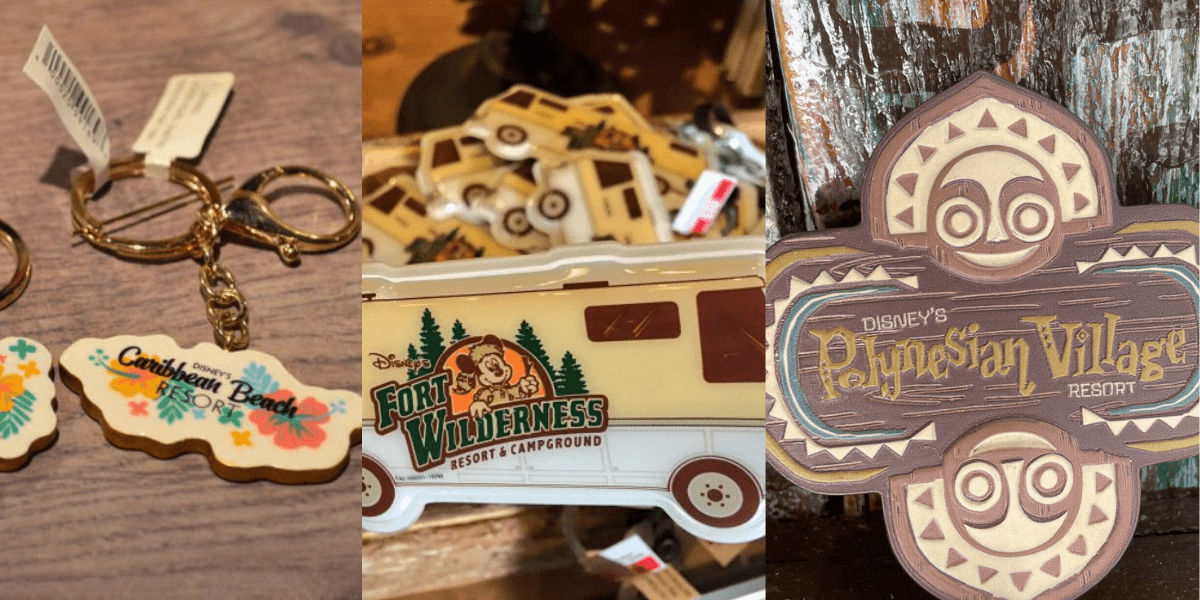 Related: Disney Souvenirs and Gifts Everyone Will Love Receiving

That’s right, even some dining options actually fall below the $10 marker. These most often include certain quick-service meals or specialty snack items, like select candy apples, character cupcakes, popcorn, or refreshing ice cream treats. Casey’s Corner, on location at Main Street, U.S.A. in Magic Kingdom Park is an excellent example of a quick-service establishment known for dishing out filling hotdogs—some of which are under $10—that can be considered a complete meal. And there are so many other examples in addition, all throughout other theme park and Resort locations. 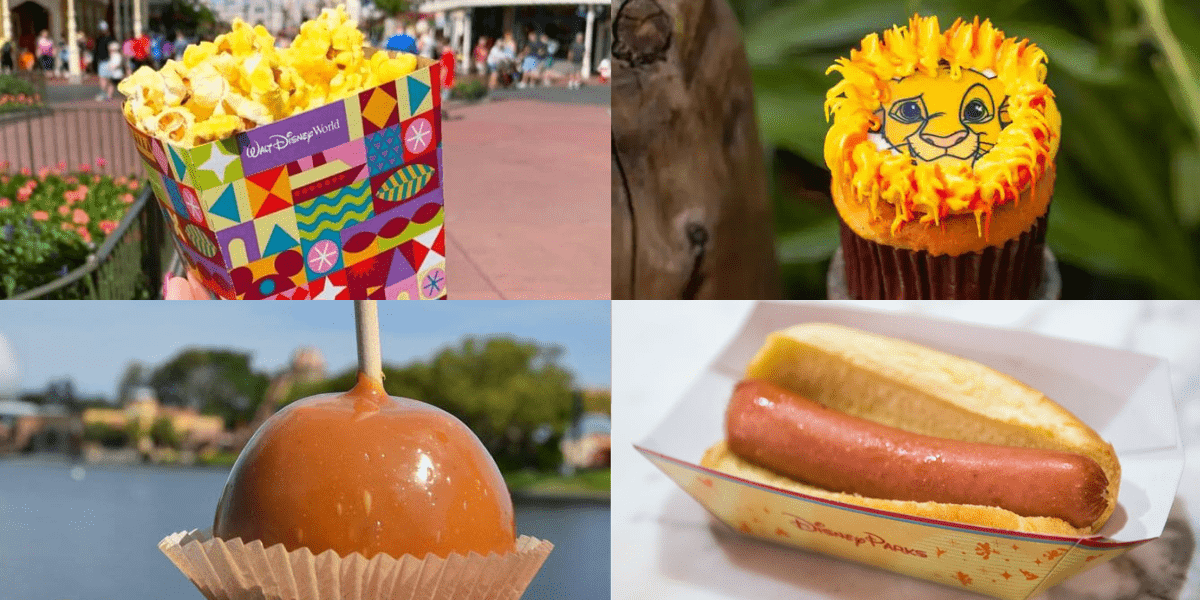 Related: Your Go-To Guide for Dining Under $10 at Disney World Parks

Just as $10 can get you some satisfying food at various locations throughout Walt Disney World, it can also land you a lavish libation within many known watering holes. Do take note, though, that bars and lounges onsite at Disney World and throughout neighboring Disney Springs tend to charge more for specialty cocktails and featured drinks that contain alcohol. Yet many mocktail versions of the same beverages that can sometimes be $15 or more fall below the margin of $10 when spirits are omitted.

Then there are those specialty coffee and tea drinks you can’t pass on. Whether you head to one of the many existing Joffrey’s kiosks onsite, stop in at a Starbucks location, or head to some other café designation, you can oftentimes get that perfect caffeine buzz you so crave without breaking the $10 budget. 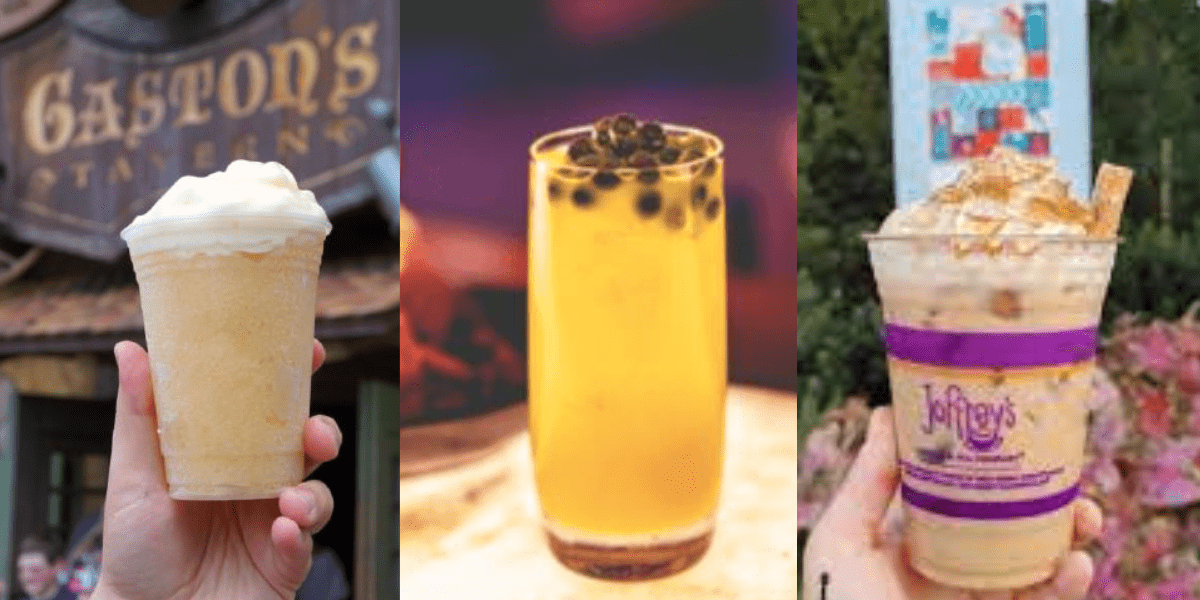 It’s a given that there are just some Cast Members you are supposed to tip. And then there are also third-party delivery sources (if you are using any) as well as additional transportation services, especially for those needing a ride to and from the airport. While the Disney Dining Plan currently remains in limbo, even if it were being offered, you’re still expected to leave servers somewhere within the range of an 18% to 20% gratuity. And depending on the cost of your meal, this may just fit with breaking an even $10 if you are lucky. But truth be told, such estimations aren’t always practical at a place like Disney World. Still, tipping other folks may suffice, such as that porter who brought you your luggage or that Cast Member who did a great job on your hair at Harmony Barber Shop. 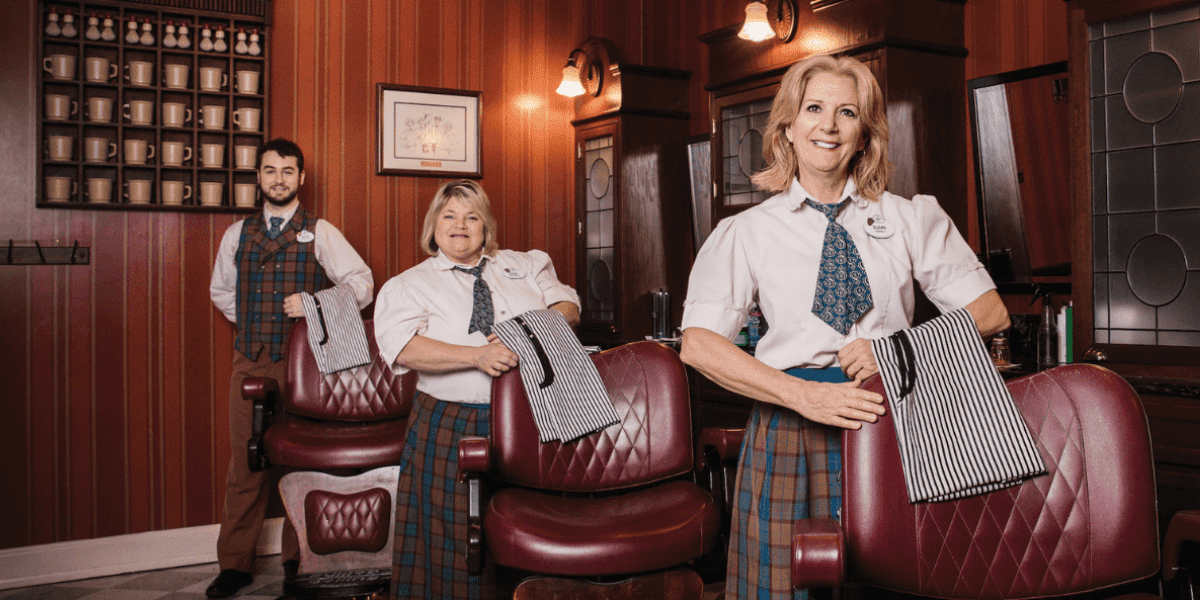 Related: Should You Tip Cast Members at Disney? Here’s Who Makes the Tip List

Ironically, pressed pennies never cost just a penny. In fact, the average going price for pressed pennies at Walt Disney World is now around $1 a penny (not including the penny). Some designs may be less, though. And then there are those rarer pressed quarter machines at some locations, which typically go for $1.25. All the same, the point is that you can easily break an even $10 by getting some unique Disney-themed pressed coins to start off a new collection or hobby. Most machines offer up to three different designs to choose from while others even feature entire collections. 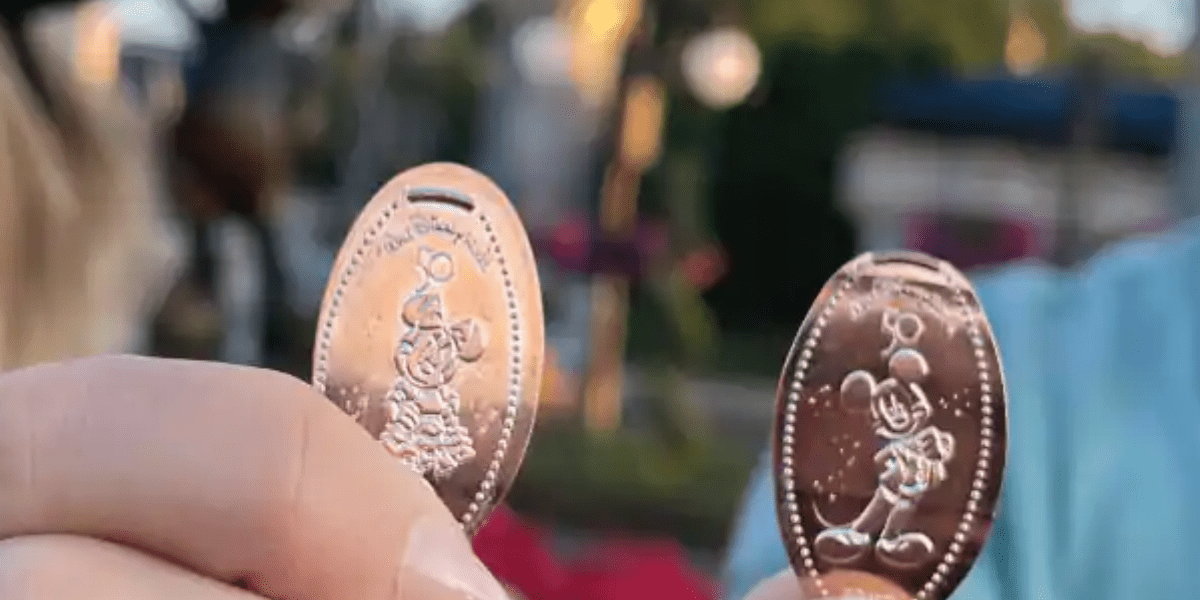 In all honesty, Disney-licensed apparel tends to be pretty pricey more times than not. So, finding a nice themed shirt, jersey, or polo for just $10 or less is probably just a pipe dream. But if you are buying for a baby, small child, or even a beloved pet at home, such deals may not be so farfetched. On occasion, you will find a onesie or small-tyke shirt for $10 or less at various stores on Disney property. Other cheaper items may include bibs, booties, and—for your four-legged companion—themed bandanas, leashes, harnesses, and even costumes. 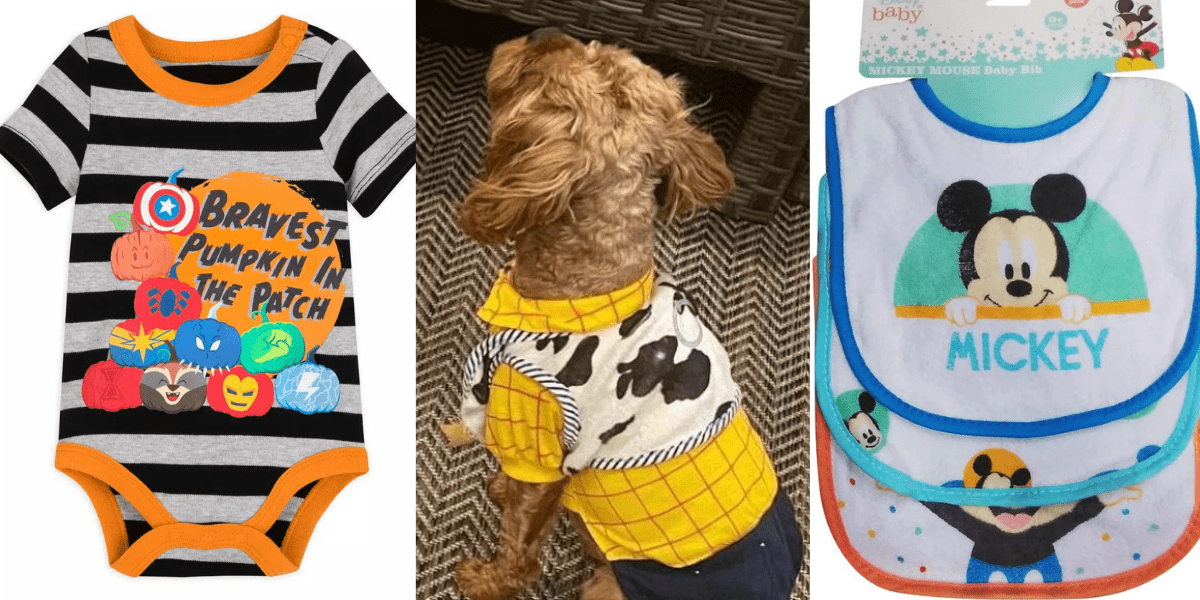 At just about any gift shop at Disney World, you will find various kitchen essentials. And while costs for such items do tend to vary, some remarkable finds within the $10 limit may include certain themed mugs, shot glasses, spatulas, spoon rests, ice cube trays, and so many other awesome possibilities. Tea and coffee drinkers also take note of the various assorted collections of such that can also be snagged at some stores and Resorts for a going price of just $10 or less. 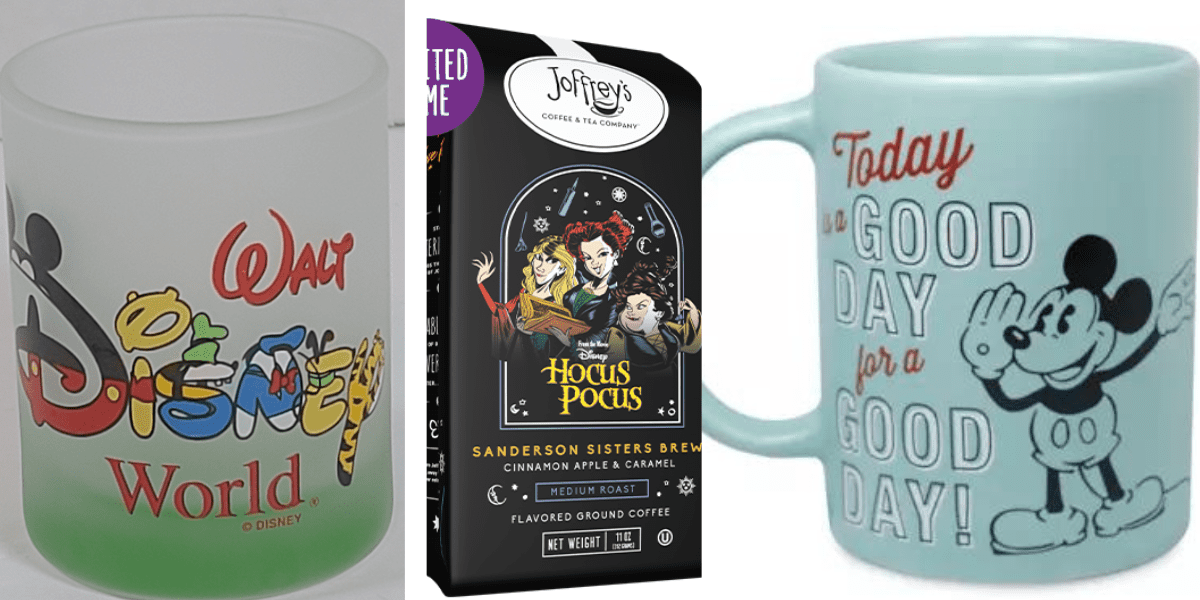 Whether you’re seeking out scrunchies, barrettes, hair clips, ties, headbands, or something else that’s hair-related, these are often high-demand items for those of us with long hair and a need to contain it. Princess-themed hair accessories are of particular interest to many young girls (and the older ones too). And the good news is that many such items can be bought for just $10 or less at most Disney World locations. 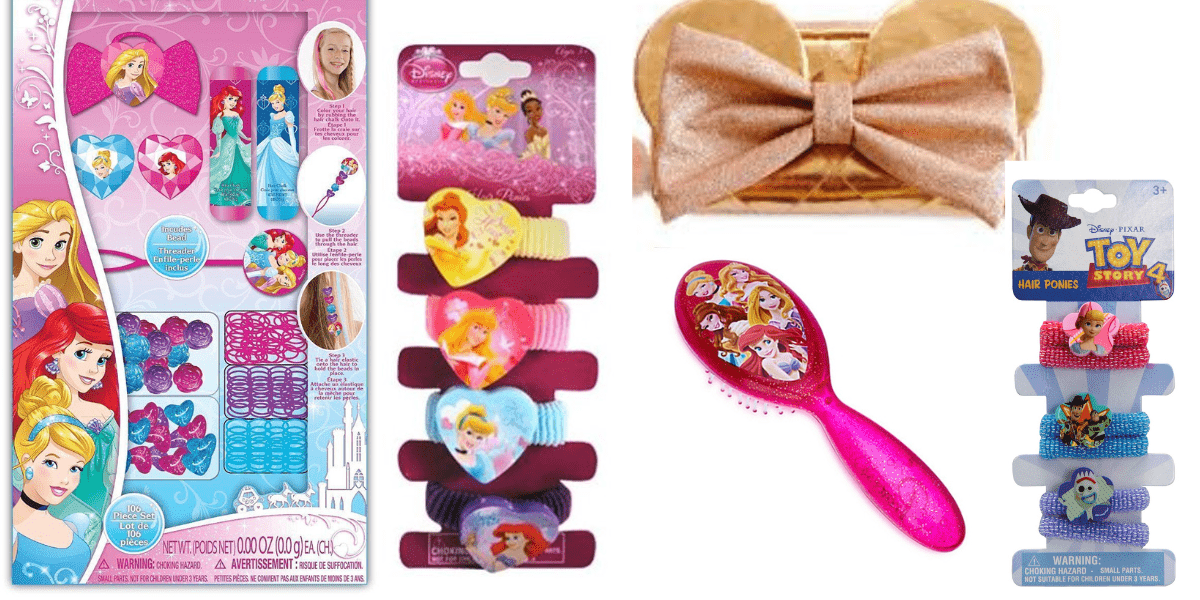 Disney Pin collectors know that some pins can be pretty costly. Prices vary depending on the themed depiction, the material used, size (sometimes), and whether or not it’s part of a special edition or collection. But there are in fact other Disney Pins that go for surprisingly far less. In fact, there are even many that don’t exceed the $10 marker! 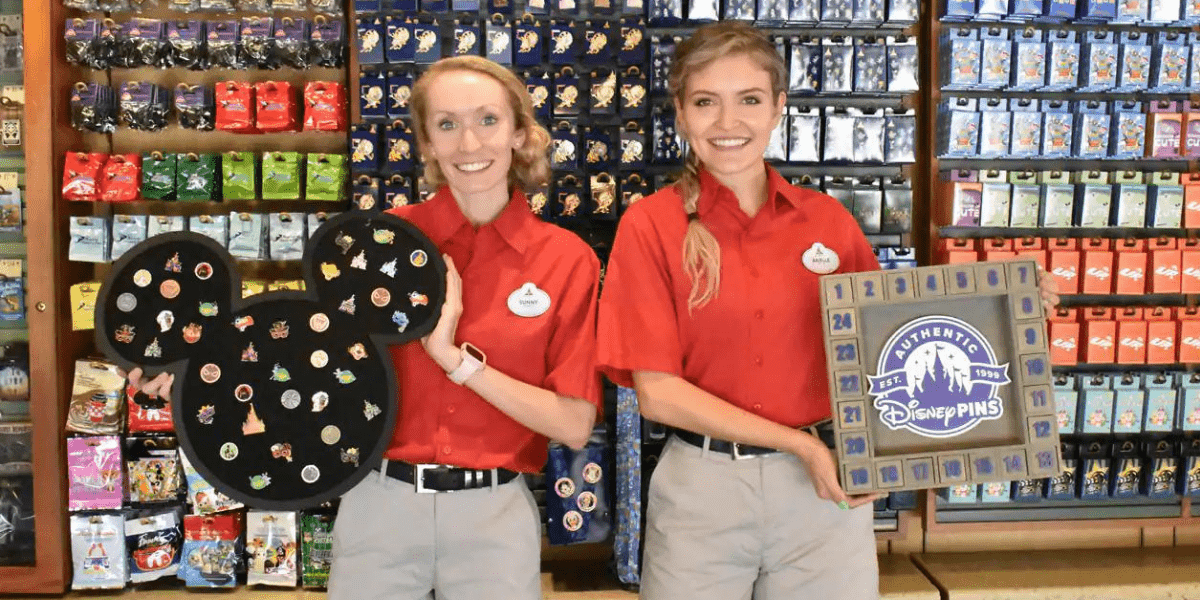 You know you can’t resist purchasing a cuddly Disney plush for yourself or a loved one, but sometimes the options end up being a bit pricey, especially if they are larger bundles of that fluffy stuff. But just as larger ones come with a larger price tag, there are some rather adorable smaller plush options that may go for way less. Some Disney Wishables, for instance, fall well within the $10 price standard. Another option is checking out certain nuiMOS or even options for outfits and accessories for any nuiMOS you may have already purchased at some point. 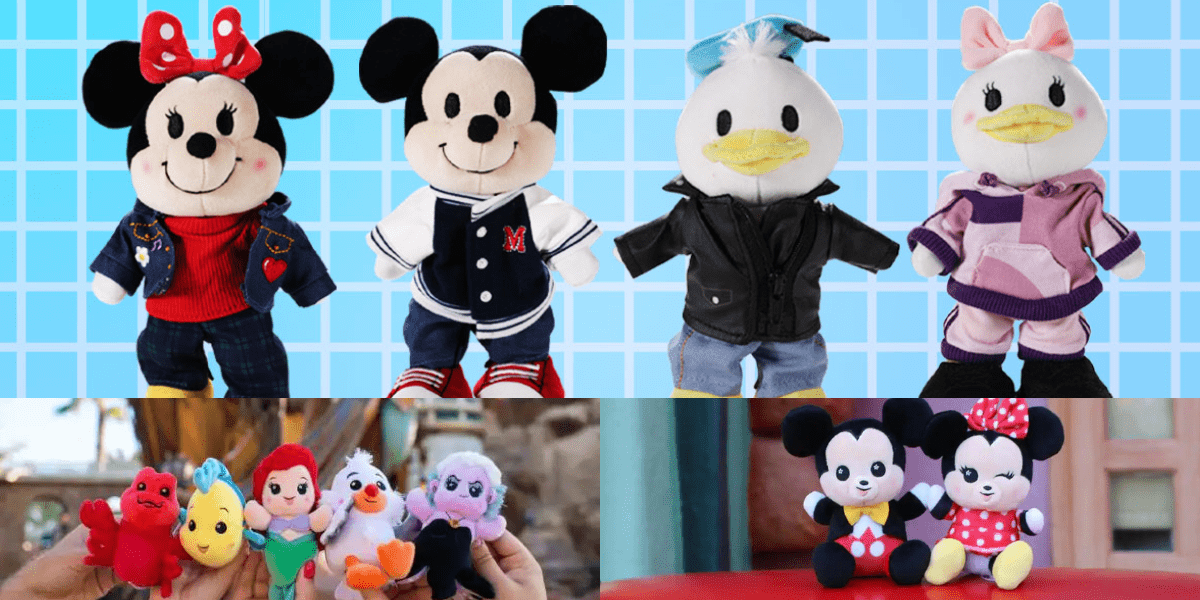 There are certainly many different ways to get by at Disney World without breaking the bank, or in this case, breaking a $10 budget you’ve set for yourself. Another tip for those who bring along a couple of Disney gift cards or even just one gift card is to redeem such money-saving deals accordingly. Sometimes you can manage to considerably knock down the total cost of some purchases and then compensate by using your remaining $10. In such cases, you initially only end up spending $10 in cash after all!

Prices at Disney World are forever subject to changes. Sadly, more times than not, the changes are the result of an increase in cost rather than a reduction. Disney Genie services have provided the perfect demonstration of such fluctuations firsthand as have many other formerly cheaper offerings that have since gone up considerably. But as this list reveals, limiting your spending to just $10 on certain purchases at Disney World is entirely doable when you play your cards right.